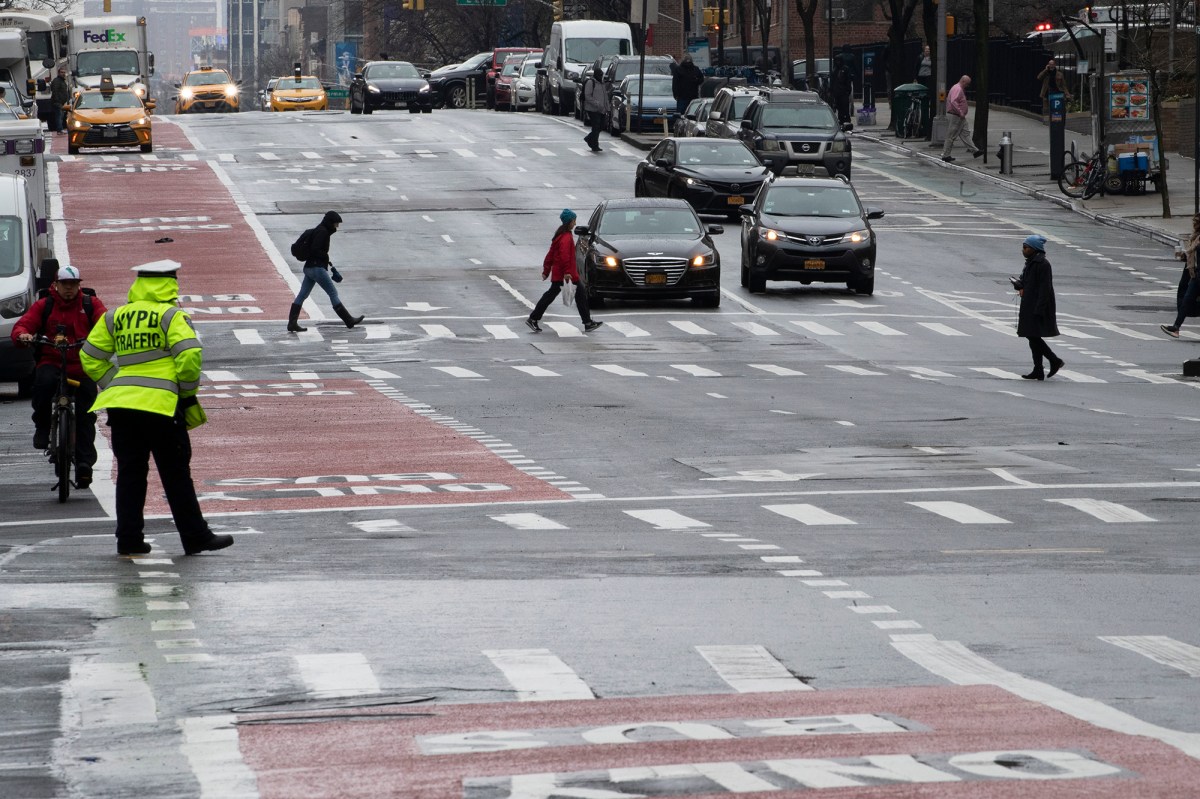 New York City’s traffic may feel as slow as ever — but streets are actually still seeing less driving than before the COVID-19 pandemic, according to the latest data.

NYC car mileage remains well below February levels in all five boroughs, according to the data firm INRIX.

Manhattan has seen the steepest drop-off compared to 2019, at less than half pre-pandemic levels during the week of Aug. 22 to 28.

Cars are also moving from 10 to 16 percent faster compared to 2019, according to the firm’s analysis. Bottlenecks persist at busy highway locations, but at significantly less intensity.

“For a typical driver, they’re still seeing congestion — much more than they saw two or three months ago, but not as much as last year,” said INRIX transportation analyst Bob Pishue.

“As of right now, drivers are enjoying a much less congested New York City.”

Drivers are also benefiting from changing rush hour patterns, as many New Yorkers continue to work from home.

Whereas New York previously had morning and evening rush hours, traffic in the COVID-19 era slowly picks up pace as the day progresses, Pishue said.

“The data is suggesting that as traffic levels recover they are likely more spread out than in a typical pre-COVID day,” said Sumeet Kishnani of the engineering firm Stantec.

“Many people are working remotely, and those who are traveling may have more flexibility in their day.”

Kishnani said those trends are likely to continue in the near-term, even as most New Yorkers continue to avoid mass transit.

“Car-mageddon is not happening yet because none of the major employers are really requiring people to be back in the office right now,” Tri-State Transportation Campaign director Nick Sifuentes warned.

“Even a fraction of people deciding not to take transit when our offices come back will gridlock out streets,” he said.

Pishue agreed the situation could take a very quick turn for the worse.

“Each car that’s added on the road has a much bigger impact than the car before it. It can catch up rapidly,” he said.