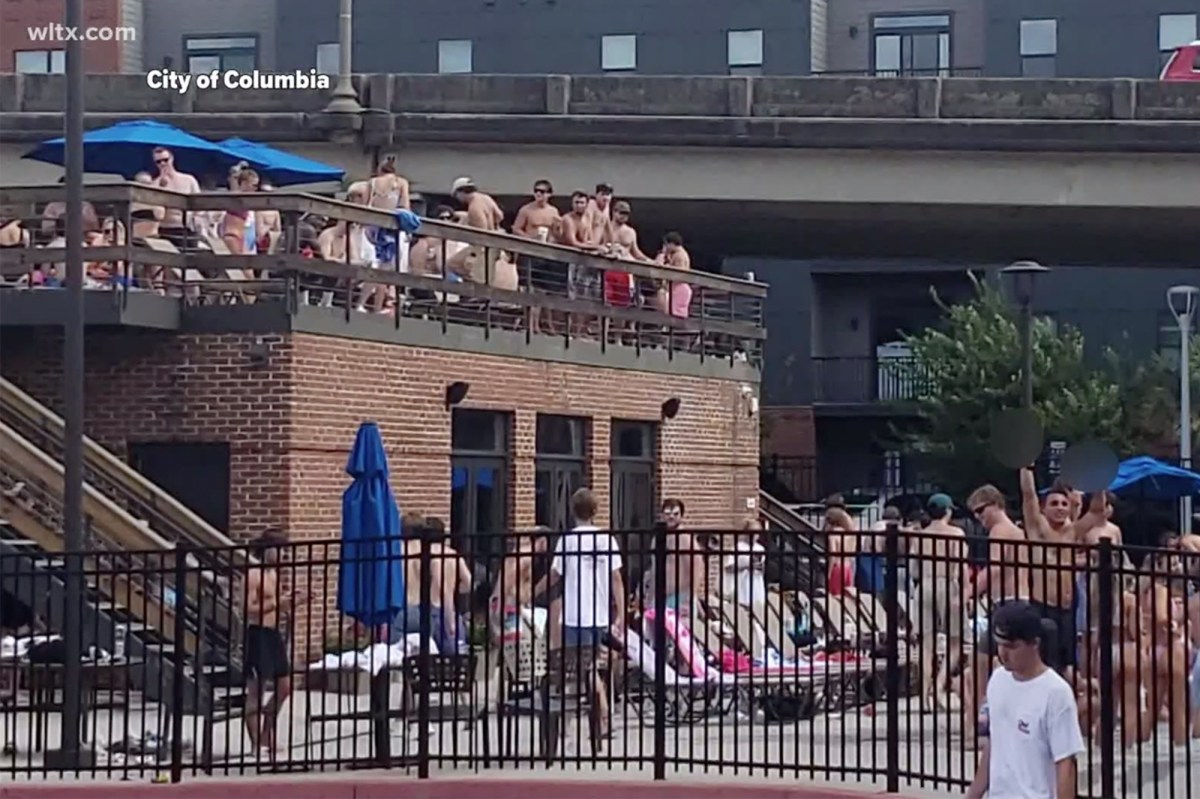 Hundreds of raucous party-goers crammed into a pool area near the University of South Carolina over the weekend in violation of coronavirus rules, authorities said.

The Columbia Fire Department said it broke up the massive bash on Saturday at around 6 p.m. after receiving calls from concerned neighbors, The State reported.

“It was almost like Mardi Gras,” Fire Chief Aubrey Jenkins told the newspaper.

The pool at The Apartments at Palmetto Compress was packed with revelers, who also crowded the side of the swimming area and even stood on top of the pool house, the fire chief said.

No one was practicing social distancing or wearing a mask, Jenkins said, “but there was lots of drinking going on.”

Even without the raging pandemic, “there still would have been too many people in the pool,” Jenkins said.

When officials ordered the party-goers to scram, the chief said he was shocked that one person told him “I can’t catch COVID. I’m immune to the stuff.”

The pool area at the apartment complex — which advertises as being “just steps from the University of South Carolina” — was shuttered until fire officials can verify it’s capacity.

Jenkins said he would recommend keeping the pool shut for the foreseeable future as a safety precaution during the virus outbreak.

The revelers were let off with a warning, and no fines were issued. Not wearing a mask is a civil infraction punishable by a fine of up to $25 in the city of Columbia.

USC said it was glad that authorities had busted the pool party.

“We’ve done a lot of outreach to try and get the students to do the right thing,” spokesman Jeff Stensland told the newspaper. “Just because a pool is there, you don’t have to swim in it.”

In the week since USC’s fall semester started on Aug. 20, at least 620 students have tested positive for COVID-19, the university said.

Six sorority houses in the school’s Greek Village were quarantined after several people in each house were infected with the virus, according to The State.