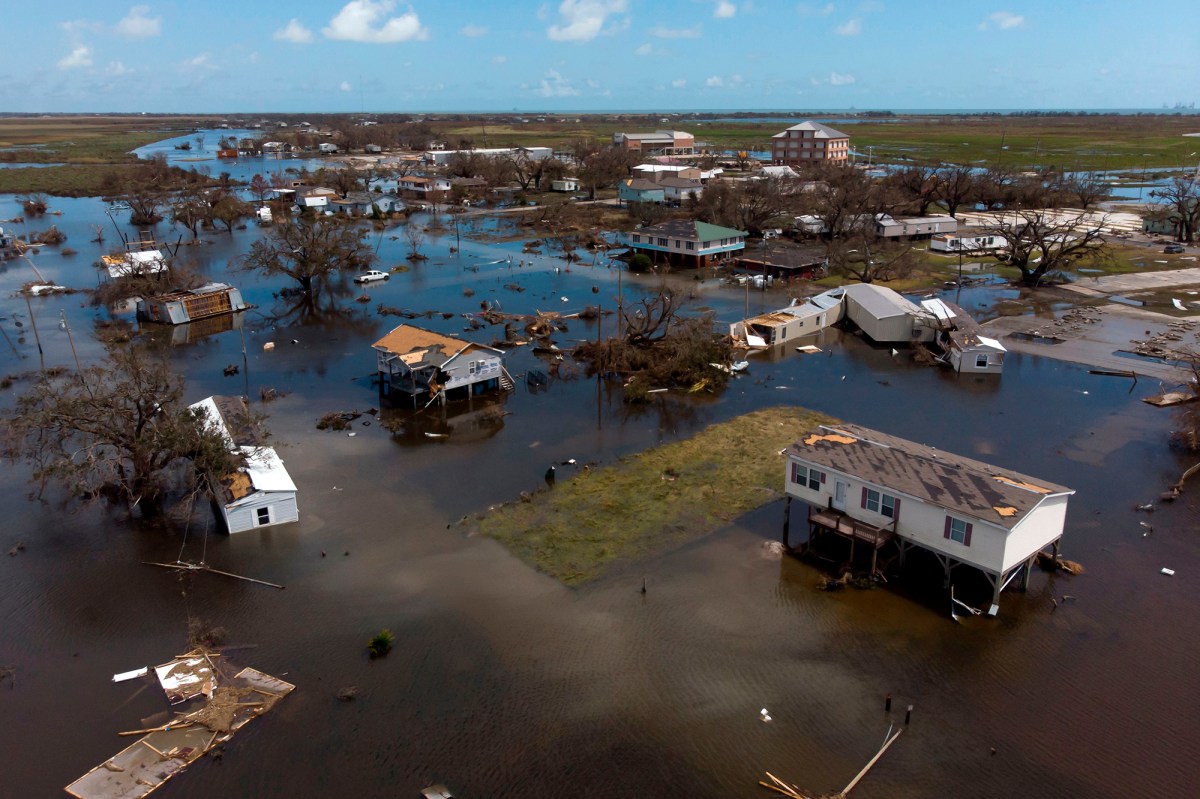 As Hurricane Laura made landfall last week near the Texas and Louisiana border packing 150-mph winds, the storm’s whipping gusts caused one river in the Lone Star state to flow backward for several hours.

Laura roared ashore as a Category 4 storm, which Louisiana Gov. John Bel Edwards said was the most powerful hurricane to strike the state.

The United States Geological Survey (USGS) said Friday that the storm’s whipping winds pushed so much water ahead of it, that the Neches River in Texas reversed course.

As Laura’s outer bands brought heavy rain to the coast, the Neches River reached a flow rate of approximately 15,000 cubic feet per second at a USGS streamgage in Beaumont right as the storm made landfall.

But after the storm roared across Cameron, La. just east of Beaumont, all of the water and wind it pushed onshore caused the Neches River to slow, then reverse flow.

The river then reached a flow rate of 7,600 cubic feet per second upriver.

“That would fill an Olympic-size swimming pool in about in about 12 seconds,” the USGS noted.

After about 12 hours, the Neches River resumed its normal direction of flow toward Sabine Lake.

“This is not the first time we’ve documented the Neches River flowing backwards,” the USGS said. “It happened in 2008 when Hurricane Ike came ashore.”

In 2008 the results were described as “far more dramatic,” with the river flowing backward at around 30,000 cubic feet per second upriver, enough to fill an Olympic-size swimming pool in about three seconds.

A similar effect from Laura was also reported on the Mississippi River, where barges had to fight the tides as they went downriver due to the whipping winds that pushed the water in the opposite direction.

The US death toll from the Category 4 hurricane rose to 16 deaths on Saturday, with more than half of those killed by carbon monoxide poisoning from the unsafe operation of generators.

The latest deaths included an 80-year-old woman and an 84-year-old man who died from just such a poisoning.

President Trump toured the damage from Laura in Louisiana and Texas on Saturday.

In Lake Charles, a city of 80,000 residents hit head-on, Mayor Nic Hunter said the National Guard would begin handing out tarps Sunday to residents so they could cover damaged roofs.

Hundreds of thousands remain without power after the storm, with 354,903 customers in Louisiana and 89,043 in Texas still impacted, according to power outage tracking website poweroutage.us.