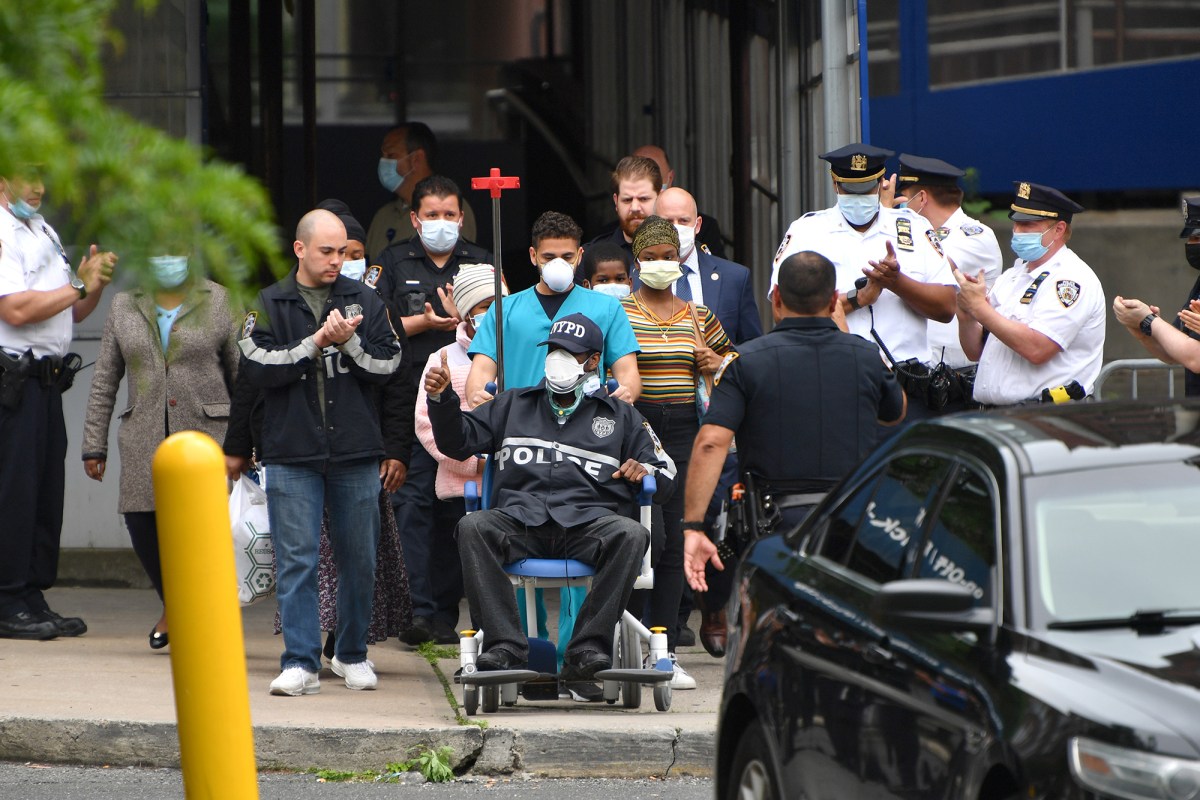 A illegal immigrant who stabbed an NYPD officer in the neck then opened fire on cops earlier this year is an ISIS supporter who confessed “my religion made me do it,” federal prosecutors alleged Wednesday.

The accusation came as a federal grand jury indicted Bosnian Dzenan Camovic, 20, for the June incident in Brooklyn, which unfolded against the backdrop of nationwide protests over the police-custody death of George Floyd.

“Dzenan Camovic, an illegal alien and Bosnian national, is alleged to have used the cover of chaos during recent civil unrest in New York City to launch a premeditated and cowardly attack from behind against two New York City Police officers, brutally slashing one with a knife, stealing his weapon and opening fire, and injuring several responding officers,” said Attorney General William Barr in a statement announcing the indictment.

Camovic — a Muslim man living in Brooklyn — allegedly ambushed two officers who were on foot patrol near Flatbush and Church avenues just before midnight on June 3, officials said.

After allegedly stabbing one cop in the neck, he unsuccessfully tried to slice the other officer while shouting in Arabic “God is the greatest,” court papers say.

He then ran back to the first officer, snatched his gun and opened fire on responding cops. During the ensuing gunfight, he shot one officer in the hand and another in the arm, prosecutors allege.

While recovering at Kings County Hospital, Camovic allegedly told a healthcare worker that he believed he’d killed two cops and claimed “my religion made me do it,” according to court papers. The three injured officers survived.

A subsequent investigation revealed that Camovic had a trove of radical jihadist propaganda on his phone, computer and other electronic devices, officials said.

Camovic allegedly supported ISIS and had used the dark web and various forms of encryption to hide his online activity, according to federal prosecutors.

In the days after the incident, a relative insisted to The Post that while Camovic is a “practicing Muslim,” he’s “absolutely not a terrorist.”

“He was raised here, [English] is his only language … He was as good of a child as a child could be,” the man said at the time.

Camovic is charged with robbery, using and discharging a firearm during that robbery and other federal raps. If convicted, he faces up to life in prison.

He’s also charged in state court with the attempted murder of a police officer, assault and other alleged crimes for the same incident.

He’s being held without bail at a medical unit on Rikers Island.