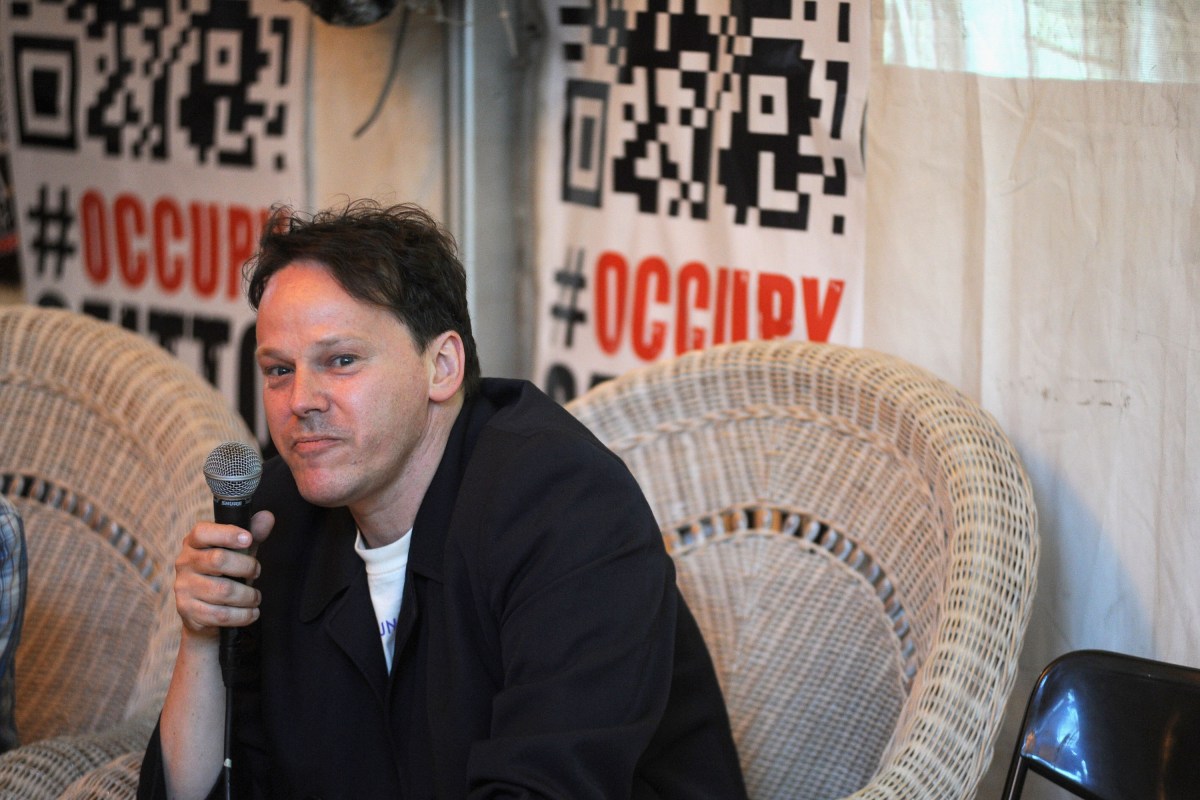 David Graeber, who helped organize the Occupy Wall Street movement, has died in Venice, his agent said. He was 59.

A professor of anthropology at the London School of Economics, Graeber studied anarchism and anti-capitalist movements, and challenged the world to respond to the plight of Kurds in the Middle East.

“David was a hugely influential anthropologist, political activist and public intellectual,″ said Professor Laura Bear, head of the anthropology department at LSE. “Our community of staff and students will not be the same now he is gone, but we know his brilliant work will be read by generations to come.”

Born in New York, Graeber inherited his activism from his parents. His father was a printer in the days of offset presses and fought with the International Brigades against Gen. Francisco Franco’s forces in the 1936-39 Spanish Civil War. His mother was a garment worker and homemaker who played the female lead in the 1930s musical “Pins & Needles,’’ which celebrated the American labor movement.

But he was also a “true intellectual” whose work was influenced by many thinkers, activists and artists, his agent, Melissa Flashman, said Thursday when she confirmed his death. His wife, Nika Dubrovsky, tweeted that he died Wednesday. She didn’t offer a cause.

“We have truly lost a great mind and generous soul,” Flashman said.

Graeber said on his website that he became an archaeologist after developing an odd hobby — translating Mayan hieroglyphics — as a young man. He received a scholarship to attend the elite prep school Phillips Academy at Andover. He went on to the State University of New York at Purchase before earning his Ph.D. from the University of Chicago.

After a series of academic jobs he ended up at Yale University. But the school in New Haven, Connecticut, let him go in a controversial move, with critics accusing Yale of letting its politics get in the way of its academic judgment.

Graeber moved on to Goldsmiths, University of London and finally the London School of Economics.

He is best known for his role in the Occupy Wall Street movement, a grassroots response to the 2008 financial crisis that sought to highlight how the richest 1 percent of the population dominated the US economy.

Graeber said he didn’t personally come up with the movement’s slogan “We are the 99%,” but he did contribute to it.

“I did first suggest that we call ourselves `the 99%,”’ he said. “Then two Spanish indignados and a Greek anarchist added the `we’ and later a food-not-bombs veteran put the `are’ between them. And they say you can’t create something worthwhile by committee!”