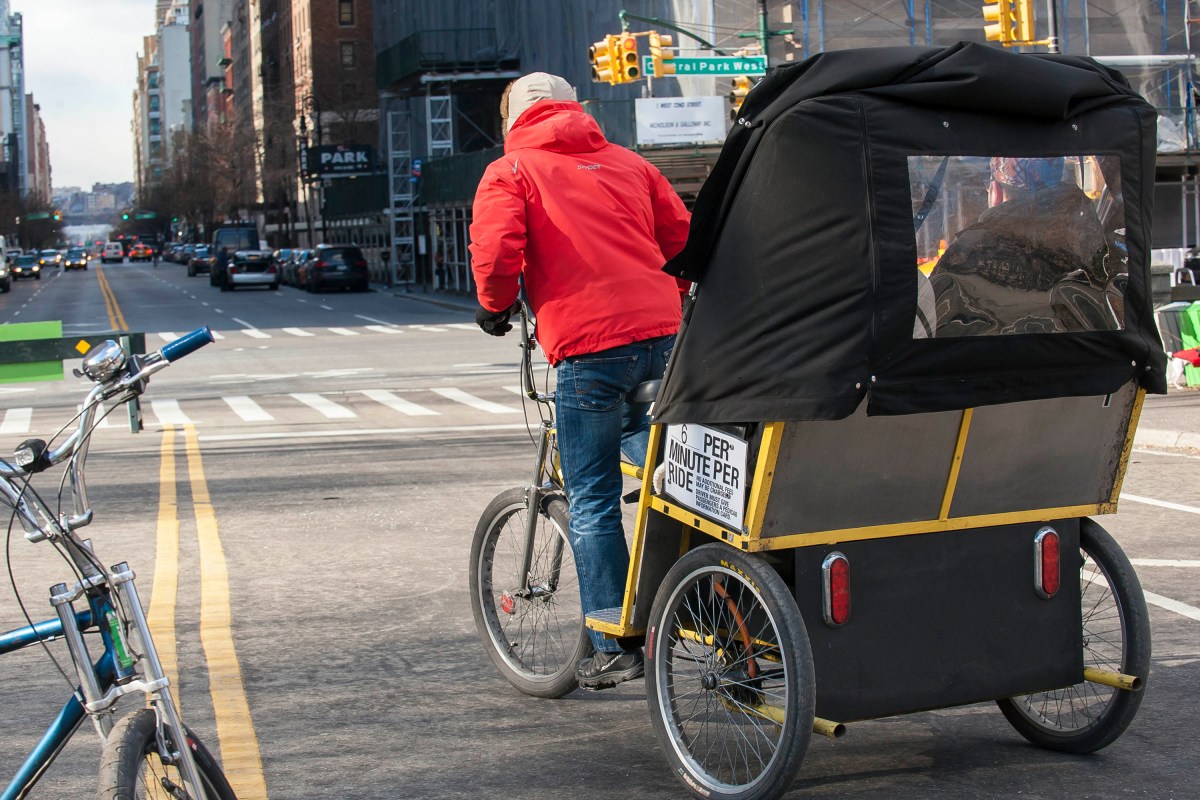 Tourists are hard to come by in Manhattan these days, but a handful of pedicab drivers are still out there looking for customers.

“It’s dead. Nothing,” Solo Sawajao, 33, told The Post while looking for customers at Sixth Avenue and Central Park South.

Yet despite giving “zero” tours many days amid the COVID-19 pandemic, Sawajao and a few dozen others continue to seek out the scarce New Yorkers and tourists interested in a pedal-powered carriage ride.

“There are no jobs anyway,” Sawajao added. “If there were jobs, I would take [them]. But there’s no jobs.”

For the most part, Sawajao and his fellow power pedalers — once notorious for overcharging out-of-towners for short jaunts around town — are sitting around with empty carriages.

“I try to work every day, but there is no jobs right now,” agreed pedicab owner Sal, 30, of Brooklyn, whose 10-vehicle fleet — once rented out to fellow drivers — is otherwise collecting dust.

Sal said he goes out five days a week, six to eight hours each time. Yet while he made $1,000 a week before the coronavirus crisis and ensuing shutdown, today he’s lucky to come home with $30.

Some days he comes home empty.

Cameron, 29, another pedicabbie, said he’s cut his prices down by two-thirds. There simply aren’t that many people visiting New York City these days, and the locals aren’t interested.

“New Yorkers, they never take pedicabs,” he said. Instead, customers come from close states like Pennsylvania, Connecticut and New Jersey.

Still, the men persist — and not just because they don’t have better options. Business has perked up slightly as the city has slowly begun to open in recent weeks, offering a glimmer of hope.

“We want to save this business. It’s a very good business in the future,” Sal said.

“Before, we were all making good money. I think by the end of this year, maybe next year, it’s going to be better.”