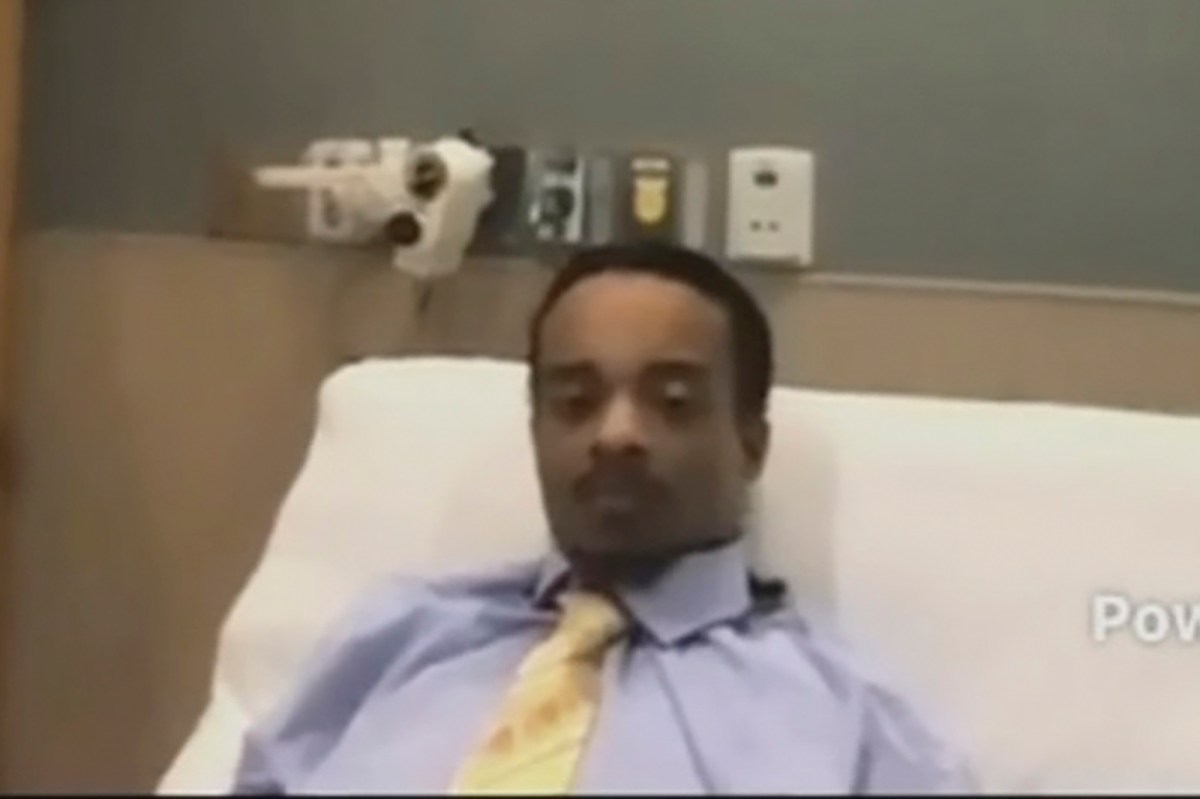 Jacob Blake, the black man who was shot by a white cop in Kenosha, Wisc., last month, surfaced Friday for the first time since he was injured — to plead not guilty to previous criminal charges filed against him in July.

Blake, 29, donning a blue button-down shirt and yellow tie, entered his plea by video from his hospital bed at Wisconsin’s Froedtert Hospital.

It was his first public appearance since he was shot seven times in the back by a Kenosha police officer Aug. 23, leaving him paralyzed from the waist down. His shooting sparked more widespread police-brutality protests.

The live-streamed court appearance pertained to charges of criminal trespass, third-degree sexual assault and disorderly conduct based on statements made by Blake’s ex-girlfriend at the time.

The woman had told police that Blake broke into her home May 3 and sexually assaulted her before stealing her truck.

During the hearing, a bond of $10,000 was set for Blake — and jury selection for a trial on the three charges was scheduled for Nov. 9

“The state recognizes that these are serious charges but also that the defendant has serious injuries and he’s recovering at the hospital,” prosecutor Zeke Wiedenfeld said during the hearing.