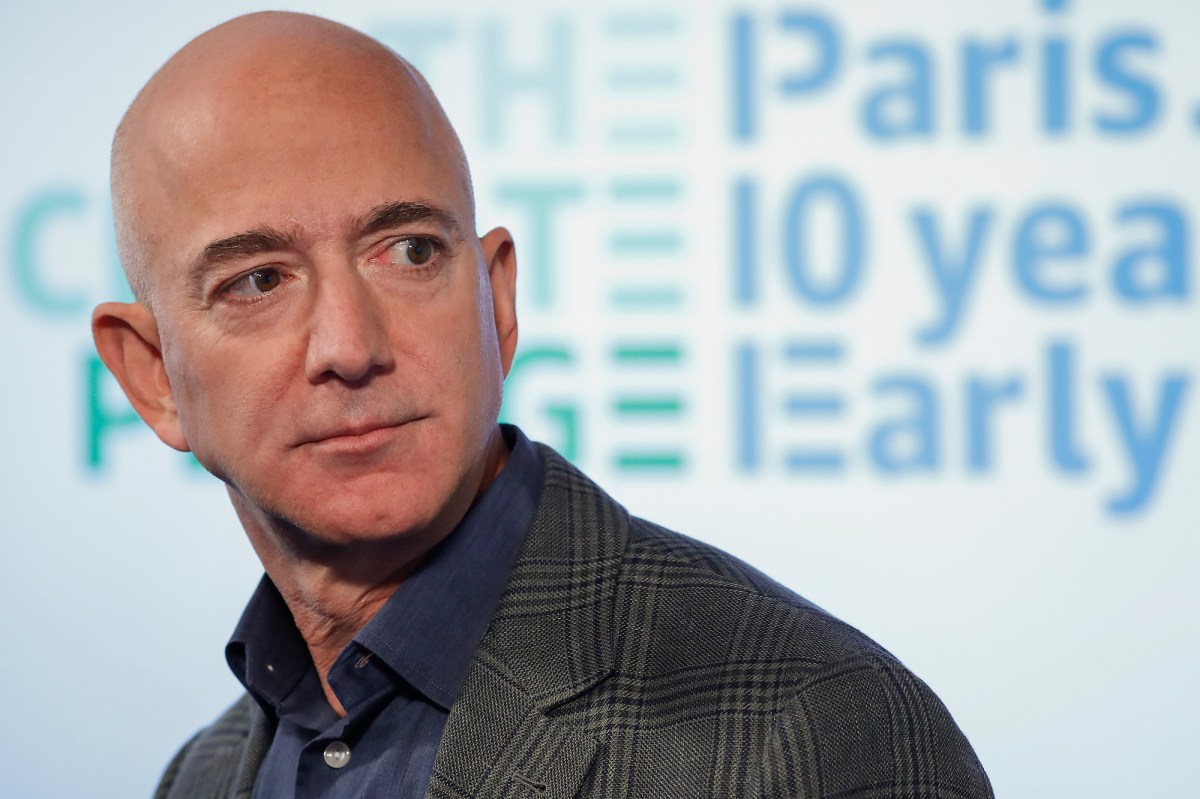 Jeff Bezos is giving a whole new meaning to the title of world’s richest man.

The Amazon CEO’s net worth soared to a record $200 billion on Wednesday when shares of his online shopping behemoth hit $3.403.64 on surging demand for contactless shopping.

Bezos, Amazon’s largest individual stockholder, has added more than $82 billion to his net worth this year as stuck-at-home consumers increasingly turn to the e-tail giant for their shopping needs. Amazon’s shares are up 77.1 percent year-to-date and its market cap sits at $1.68 trillion.

The tech entrepreneur, who’s also the head of rocket company Blue Origin, now has $77 billion more than longtime richest man Bill Gates, who sits in second place with just over $123 billion, according to the Bloomberg Billionaires Index.

The 56-year-old executive owns 54.5 million shares of Amazon, representing a 10.9 percent stake. His ownership stake in Blue Origin is also worth $7.2 billion, and he has $7.1 billion worth of cash and other assets, according to Bloomberg.

Even more staggering is that Bezos would have already surpassed the $250 billion mark had he not divorced his longtime partner and spouse MacKenzie, who received 20 million Amazon shares in the divorce settlement, putting her net worth at $64.4 billion. Those shares alone make her the 13th richest person in the world.

With his $200 billion fortune, Bezos is wealthier than all three of the Walton siblings put together, who each hold an equal stake in Walmart, Amazon’s longtime retail nemesis. The Waltons have a combined net worth of $173 billion, according to Bloomberg.

Bezos, Gates and Facebook CEO Mark Zuckerberg are currently the only people in the world enjoying 12-figure fortunes.