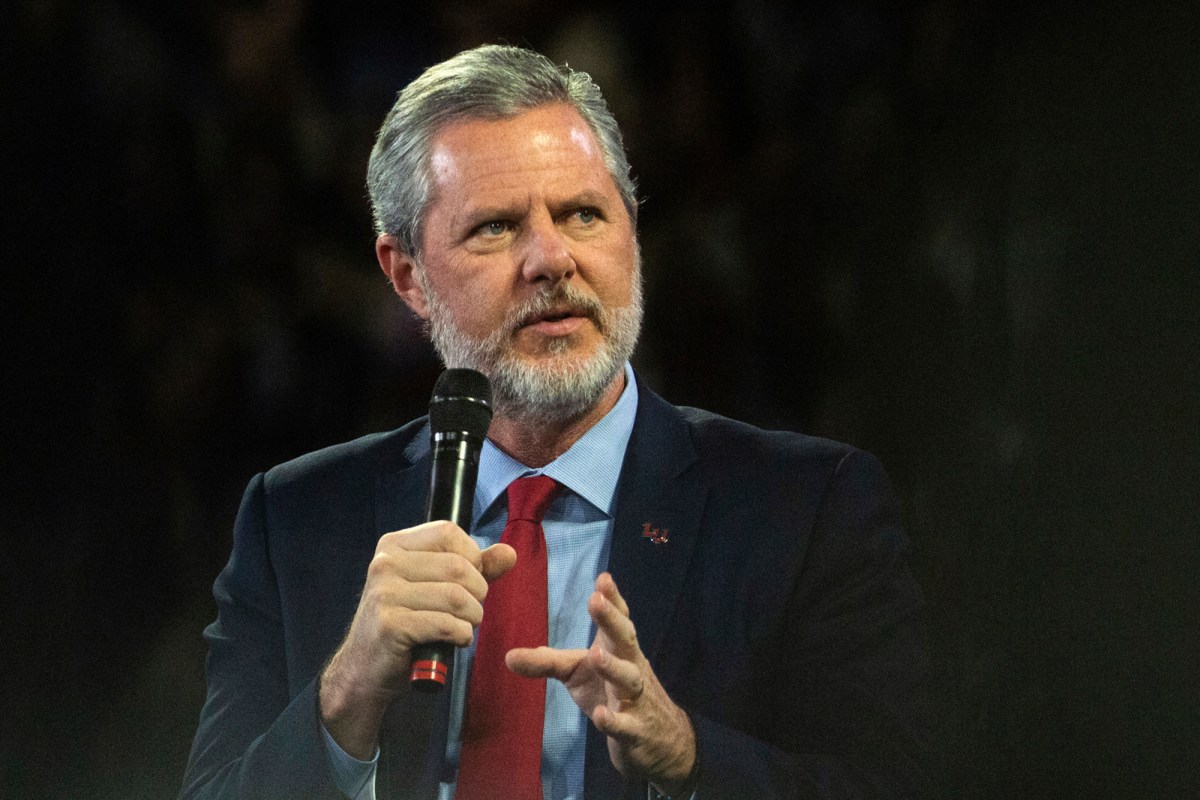 Jerry Falwell Jr.’s wife seduced her pool-boy lover the first day they met — and her holy-roller hubby arrived in his Speedo to watch them romp, the other man claimed Tuesday.

“During my work shift at the Fontainebleau Hotel in March 2012, I was chatting with some girls my age,’’ Giancarlo Granda, then 20, told Politico.

He said Falwell’s wife Becki, 53, walked over to him at one point at the Miami hotel and said flirtingly, “Those girls don’t know what they’re doing, you need someone with more experience.’ ”

Granda said the mom of three was soon suggesting the pair go to a hotel room.

“And just then he comes out, and he’s wearing a Speedo.”

Granda claimed that he and Becki had sex for the next seven years, either in Miami where he lived or at the couple’s farm in Virginia — and that Jerry, the then-president of conservative Liberty University and son of late modern religious-right co-founder Jerry Falwell Sr., liked the whole sordid affair.

“He enjoyed watching us in person and also remotely through video cameras,’’ Granda told Politico of Jerry Falwell Jr. “He also listened to our phone calls.”

Granda’s claims came as Becki broke her silence to insist her hubby never watched her have sex with her much younger lover.

Jerry Falwell, 58 also has denied he was “involved’’ in the affair.

Jerry, who resigned as president of Liberty this week, revealed details of his wife’s affair with Granda in a lengthy statement to the Washington Examiner on Sunday. Jerry said his wife’s fling was brief — and that Granda had been trying to extort the pair over it ever since.

Granda responded Monday by saying Jerry not only knew about the affair, he enjoyed watching Granda and Becki have sex. Granda has denied any extortion attempts.