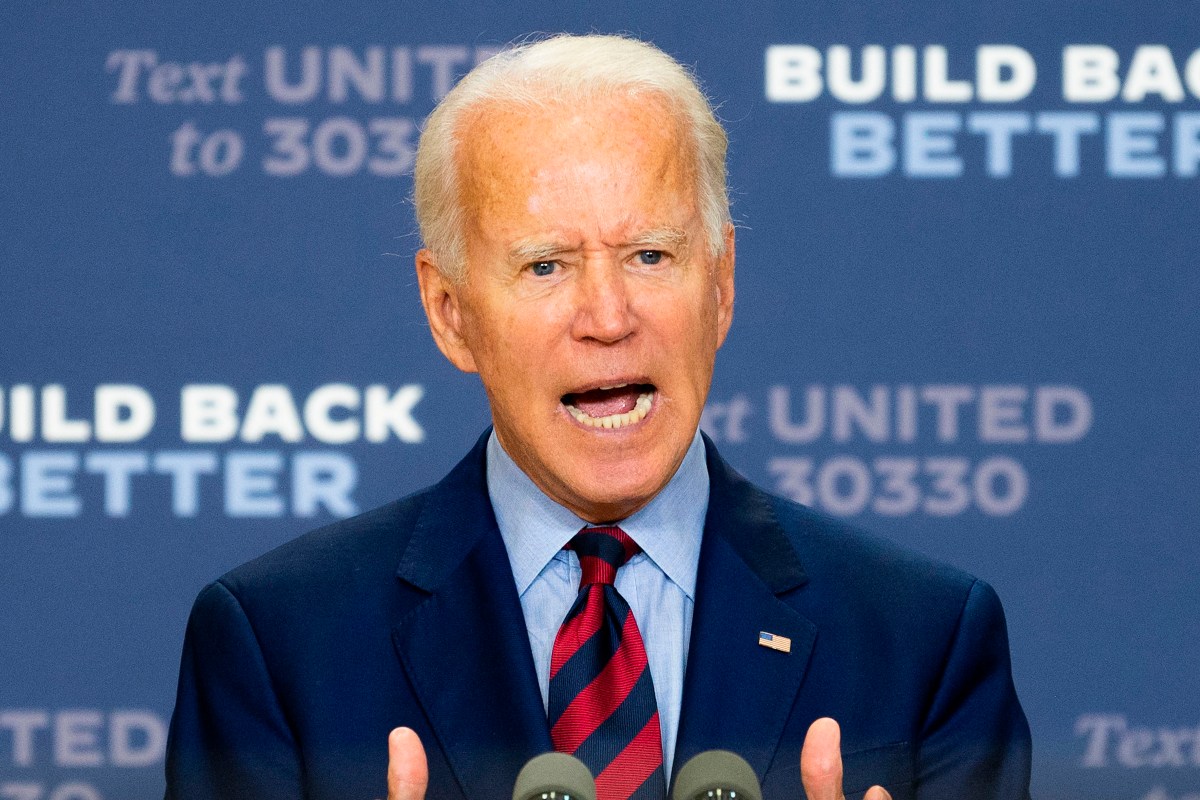 The former vice president said during a speech in Wilmington, Del., that a “K-shaped” recovery means that upper-class people recover economically, but other people are worse off as the economy rebounds from the coronavirus pandemic.

“Economists are starting to call this recession a ‘K-shaped’ recession, which is a fancy phrase for what’s wrong with everything about Trump’s presidency,” Biden said.

Trump often says that the economic recovery is “V-shaped” or a “super V,” meaning recovering quickly after widespread unemployment beginning in March.

Biden spoke after the release of new government job data Friday that showed the US economy added 1.4 million jobs last month in the latest sign of the nation’s recovery from the pandemic.

The jobless rate fell to 8.4 percent in August, down from 10.2 percent in July.

But Biden said the spring-back in the US economy, featuring a soaring stock market and increased hiring, was not good news for everyone.

“Trump has mismanaged the COVID crisis. And that’s why it’s a K-shaped pandemic,” Biden said. “The president has botched the COVID response, botched it badly.”

Biden added: “He doesn’t understand. He just doesn’t care. He thinks that the stock market is up and everything’s fine. If his wealthy friends and donors are doing well, then everything is doing well.”