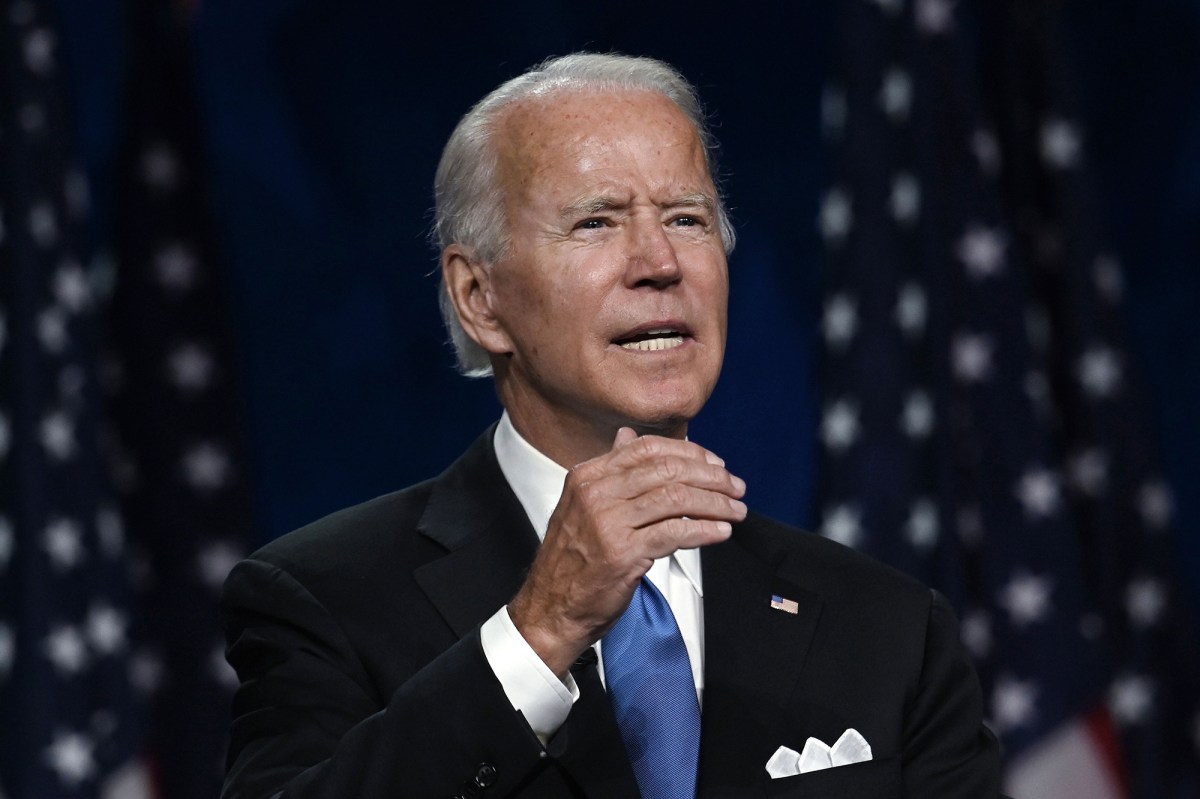 Joe Biden on Sunday condemned the surge of violence in Portland after one man died over the weekend amid clashes between far-left and far-right protesters — while blaming President Trump for “fanning the flames.”

“The deadly violence we saw overnight in Portland is unacceptable,” the former vice president and Democratic presidential nominee said on his campaign website.

“Shooting in the streets of a great American city is unacceptable. I condemn this violence unequivocally. I condemn violence of every kind by anyone, whether on the left or the right. And I challenge Donald Trump to do the same.”

“We must not become a country at war with ourselves,” he said. “A country that accepts the killing of fellow Americans who do not agree with you. A country that vows vengeance toward one another.”

“What does President Trump think will happen when he continues to insist on fanning the flames of hate and division in our society and using the politics of fear to whip up his supporters? He is recklessly encouraging violence.”

Biden’s statement came after Jay Bishop, a member of the right-wing Patriot Prayer group, was shot and killed on the streets of the Oregon city — which has seen nightly violent protests for more than three months.

Patriot Prayer was part of a convoy of Trump supporters who wheeled into Portland over the weekend to counter the ongoing Black Lives Matter protests.

Trump has been harshly critical of state and city leaders, and on Sunday slammed Portland Mayor Ted Wheeler as “incompetent.”

“Wheeler is incompetent, much like Sleepy Joe Biden,” the president posted on Twitter. “This is not what our great Country wants. They want Safety & Security, and do NOT want to Defund our Police.”

Last week, an Illinois teenager was charged with the deaths of two protesters in Kenosha, Wisconsin, amid demonstrations over the police shooting of Jacob Blake in the city.