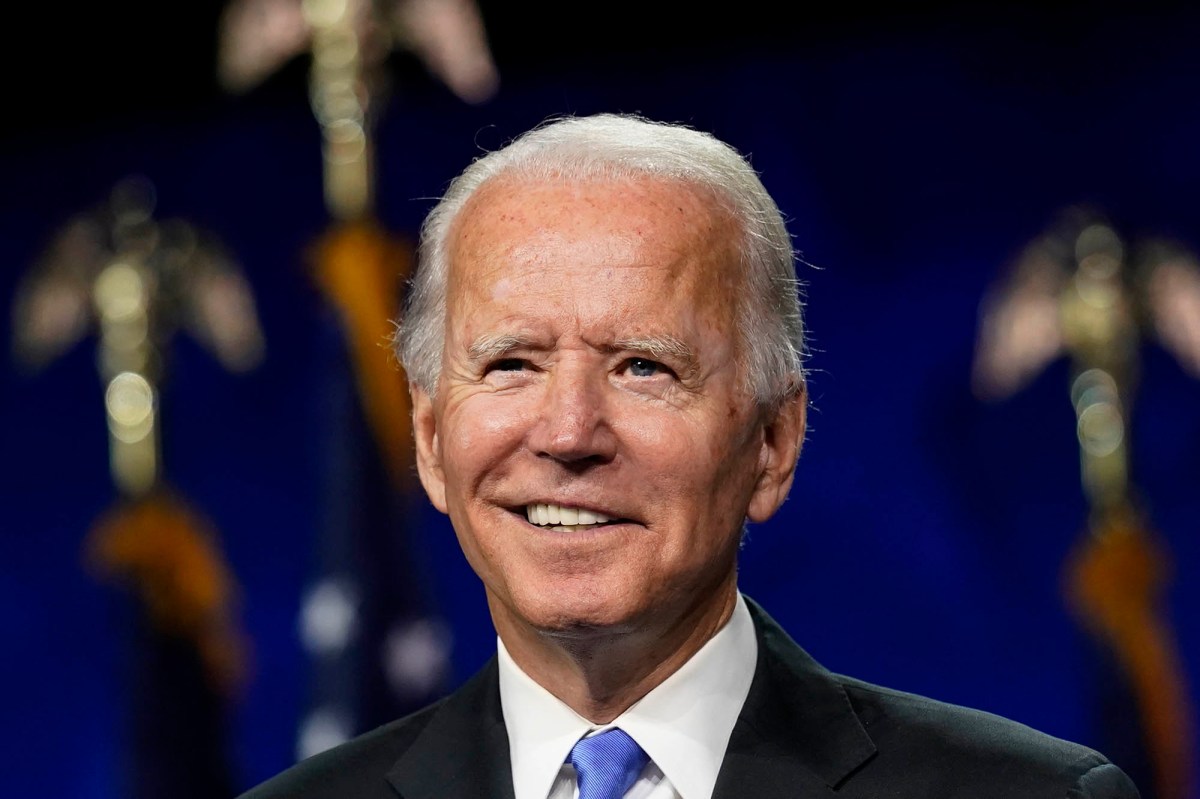 Democratic presidential nominee Joe Biden reprised his penchant for borrowing lines from other people’s work this week — apparently relying a bit too heavily on the words of a deceased Canuck party leader during his acceptance speech at the Democratic National Convention, reports said.

But Canadian media quickly noted that the former veep’s words were  uncannily similar to those of Jack Layton, the leader of Canada’s left-wing New Democratic Party, who issued a poignant open letter to his fellow citizens as he lay dying of cancer nine years ago Saturday, on Aug. 22, 2011.

“A number of Canadians are struck by the similar parting words of Biden’s speech to the final words of Jack Layton’s farewell letter before his death,” CBC’s Washington correspondent Alexander Panetta tweeted at the time.

“Let me tell you that for the solution of these problems you have a safe guide, an unfailing light if you remember that faith is better than doubt and love is better than hate,” Laurier said in 1916.

The differences between Biden’s language and Layton — and Laurier for that matter — were apparently subtle enough to escape the $4,200 anti-plagiarism software program that the Democratic nominee’s campaign reportedly installed last year.

In 1987, he withdrew from the Democratic Party’s presidential race in shame after he ripped off lines from UK Labor Party Leader Neil Kinnock in a debate — and even went so far as to claim elements of Kinnock’s family history as his own.

As a law school student in 1965, Biden flunked a class for repeatedly citing published works without attribution.

And as recently as last year, Biden caught heat for stealing lines from climate activist groups and using them, word for word, in his own climate change plan — drawing derision from President Trump.

“Plagiarism charge against Sleepy Joe Biden on his ridiculous Climate Change Plan is a big problem, but the Corrupt Media will save him,” Trump tweeted at the time.

Biden’s campaign did not immediately respond to a request for comment.