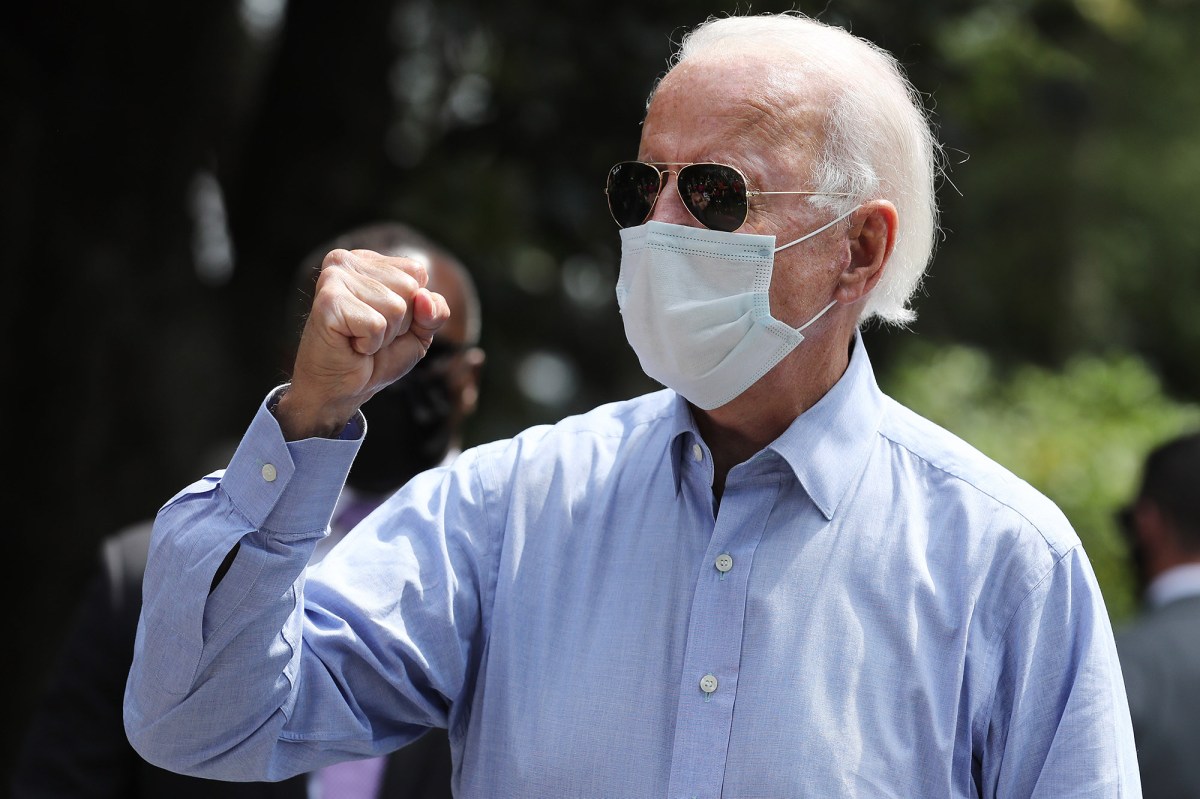 Democratic presidential candidate Joe Biden on Monday threatened to impose “a personal price” on business leaders if they resist attempts to unionize during his presidency.

Biden made the threat as he vowed to be the most pro-union president in history during a Labor Day webstream with AFL-CIO President Richard Trumka.

“I’m going to hold company executives personally liable for interfering with workers who are attempting to unionize. It’s not enough just to have their corporations pay a fine. If they’re part of the problem, they are going to pay a personal price,” Biden said.

“I’m going to be the strongest labor president you have ever had,” the former vice president said.

Biden urged a $15 national minimum wage and a ban on right to work laws, which prohibit the forced payment of union dues in 27 states.

Biden spoke after Trump held a press conference slamming Biden on labor issues, particularly for his record on trade deals and outsourcing to China. Trump often hits Biden’s support for China joining the World Trade Organization and for trade deals that led to outsourcing, such as the recently replaced NAFTA.

The pitches to union workers are especially significant in Rust Belt swing states such as Pennsylvania, Michigan and Wisconsin, which narrowly broke for Trump in 2016.

Biden, a former Delaware senator born in Scranton, Pa., invoked his family connection to labor unions and promised to proudly used the word “union” as president.

“My uncle in Scranton, Uncle Ed, used to say, ‘Joey, you’re labor from belt buckle to shoe sole’,” Biden said. “I’ve never been afraid to say the word ‘union.’ … You can be sure you’ll be hearing that word ‘union’ plenty of times if I’m in the White House. The words of a president matter. ‘Union.’”

Biden said “if I’m in the Oval Office, guess who’s gonna be there with me? Unions.”

“His foolish support for NAFTA killed 850,000 jobs, while his support for China took 3.2 million jobs away from American workers and sent them straight to China as 60,000 manufacturing plants closed down,” Gidley said.