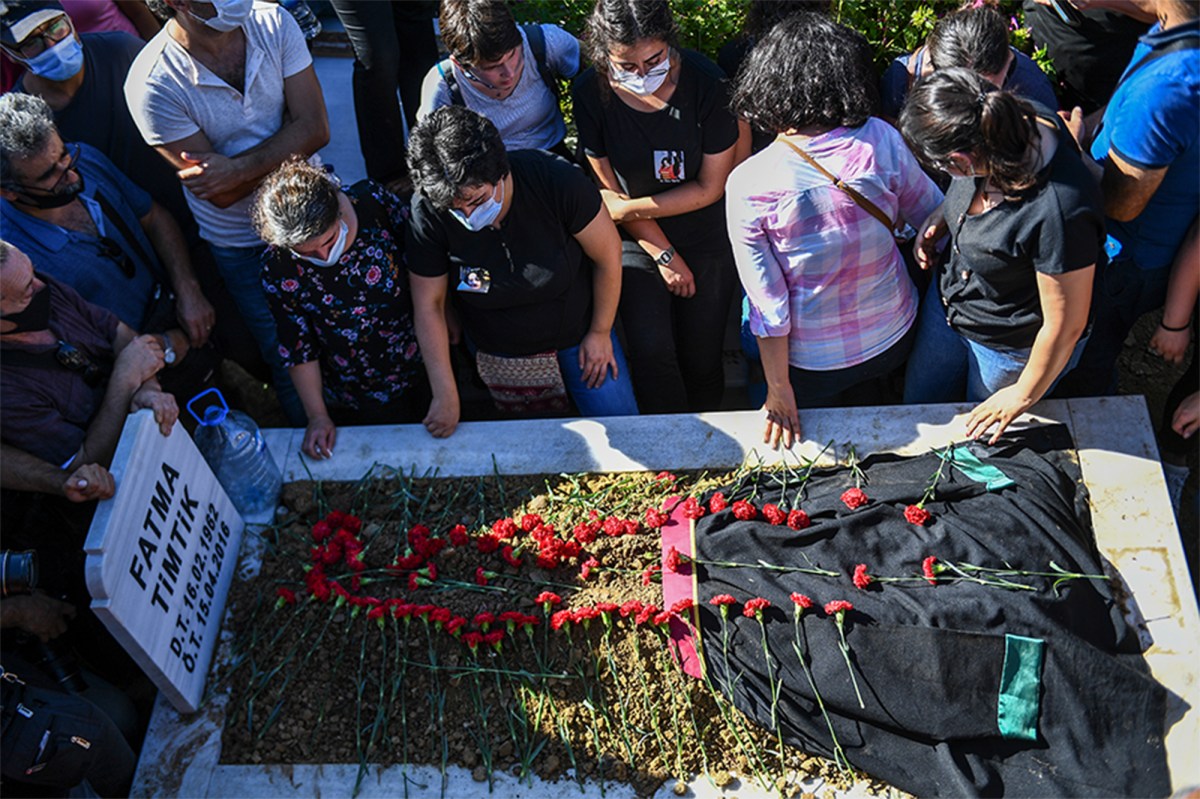 A Kurdish-Turkish human rights lawyer has died after a 238-day hunger strike demanding a fair trial for herself and others.

Ebru Timtik, 42, was one of a group of 18 lawyers known for representing clients critical of the Turkish government who were arrested in September 2017.

Timtik weighed only 65 pounds when she died in the hospital, where she and her colleague Aytac Unsal were transferred in July after going on hunger strike in Istanbul’s Silivri prison, Deutsche-Welle reported Friday.

Mourners who got near a cemetery where Timtik was being buried were tear-gassed by police, according to news reports.

International and local groups had called for the lawyers’ release, questioning the impartiality of courts under President Recep Tayyip Erdogan’s rule.

Her cousin said conditions for Timtik were worse in the hospital than prison, one outlet reported.

She said the light was deliberately left on at night and cold air was constantly blown into Timtik’s room.

Hospital staffers put Timtik under pressure to end her fast, waking her to offer her food and encouraging her to take medicine.

In February, Timtik and Unsal started hunger strikes inside Silivri, consuming only liquids and vitamins.