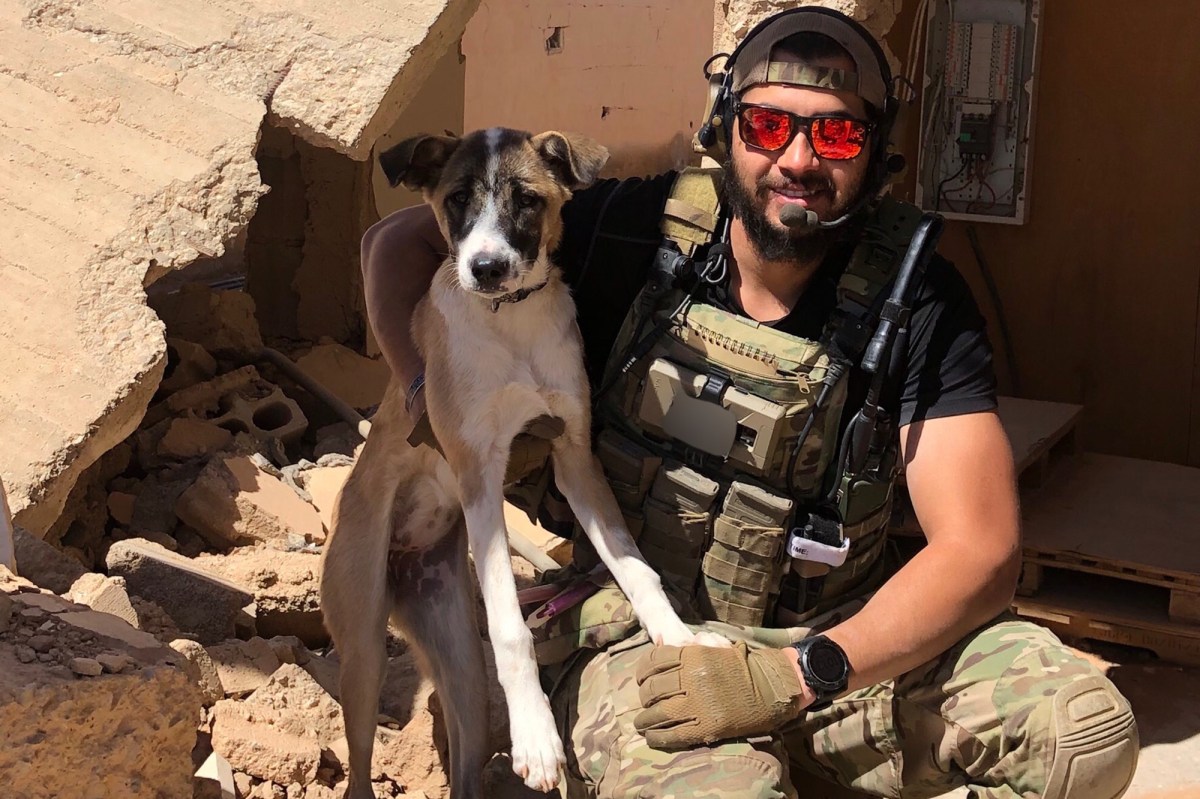 On the brink of being shipped back to the Middle East, Harley — a puppy rescued from the battlegrounds of Syria — will now stay in the United States and be reunited with the Air Force combat soldier who rescued her.

Sources told The Post that Lara Trump personally interceded on Harley’s behalf, to help iron out the paperwork snafu that was keeping the dog in limbo at JFK Airport and save her from being sent back to almost certain death.

“Harley is going to stay,” a jubilant Robert Misseri, co-founder of Paws Of War, told The Post Thursday afternoon.

He confirmed that Lara Trump, who is married to Eric Trump, the president’s son, was instrumental in clearing up the snafu.

“We just broke the news to AJ,” he said of Amjad Kirrish, the combat vet who’s been waiting and hoping to be reunited with Harley, who he raised from a puppy while deployed in Syria earlier this year.

“He choked up,” Misseri said. “He couldn’t get off the phone fast enough to call his wife.”

Her care is being paid for by Paws Of War, which works to ship back dogs rescued overseas by soldiers who, like Kirrish, form deep bonds with the animals during the stress of combat but then leave them behind upon redeployment.

Kirrish has been waiting with his wife and their Australian cattle dog Zoe in Southern California, where he is an Air National Guard reservist and a full-time firefighter, battling wildfires for the US Forest Service.

“Lara Trump did work behind the scenes,” Misseri confirmed.

“She’s been advocating behind the scenes from day one.”

He added, “It was a collective, bipartisan effort,” with New York congress members from both sides of the aisle also lobbying the CDC to let Harley stay.

The mutt had been fully vaccinated by a Jordanian vet prior to Paws Of War shipping her to JFK on Aug. 24, but the paperwork indicating so was missing.

Harley would likely have been euthanized if shipped back to Jordan this week as planned, Misseri said.

Lara Trump could not immediately be reached for comment.

The CDC has not responded to repeated requests for clarification on Harley’s situation.