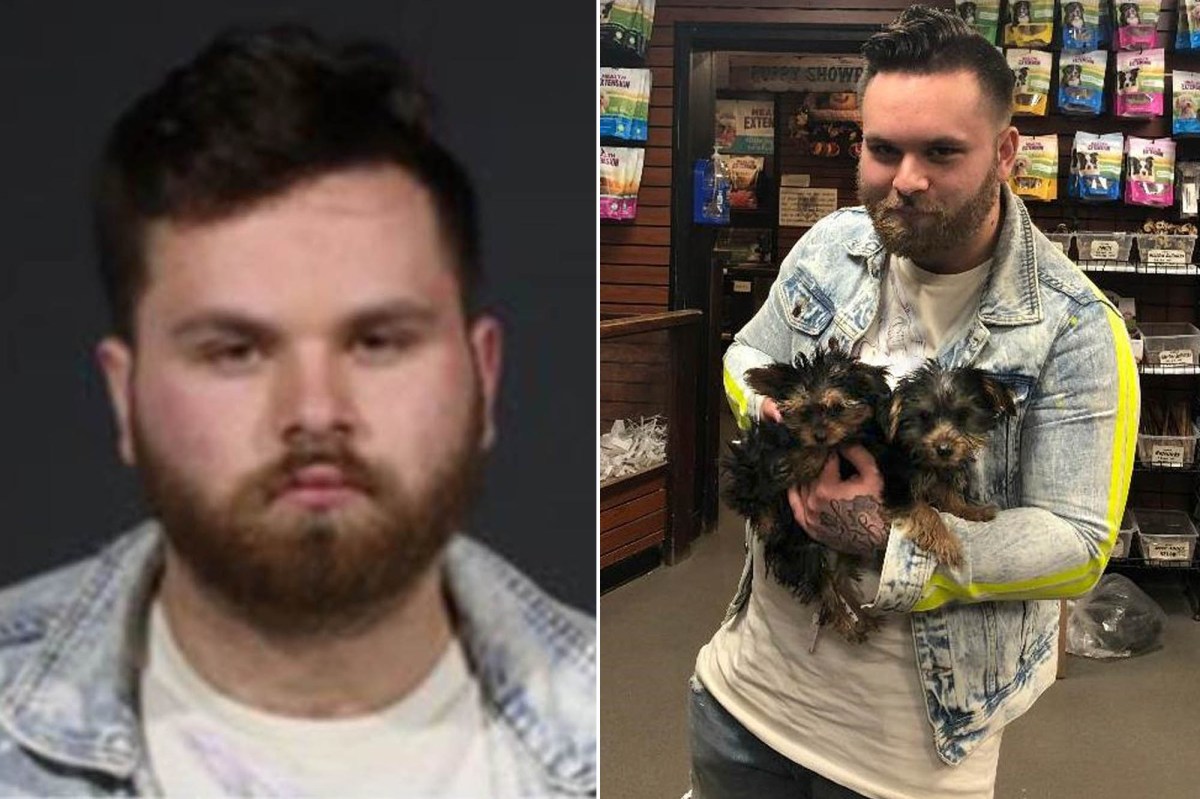 Long Island authorities on Tuesday said the crook who allegedly used a phony ID to steal two pricey purebred pups from a pet store is now included on the department’s “most wanted” list.

Nicholas Citron, 22, allegedly opened a bogus line of credit under another person’s name and address to pay for two dogs from Canine Corral on New York Avenue in Huntington Station back in October, Suffolk County Police said.

He took off with two adorable Yorkshire terrier puppies, valued at about $4,500 in total.

Staffers discovered Citron’s scam at some point after he left the shop.

The canine crook, shown in a photo cradling both pups inside the pet shop, is now wanted for third-degree grand larceny in connection to the puppy pilfering, according to authorities.

He is also wanted for violating probation for first-degree attempted robbery, and on felony warrants for identity theft and possession of a forged instrument, both in the second degree.

He is likely living either in the Big Apple or in Nassau County, according to cops.