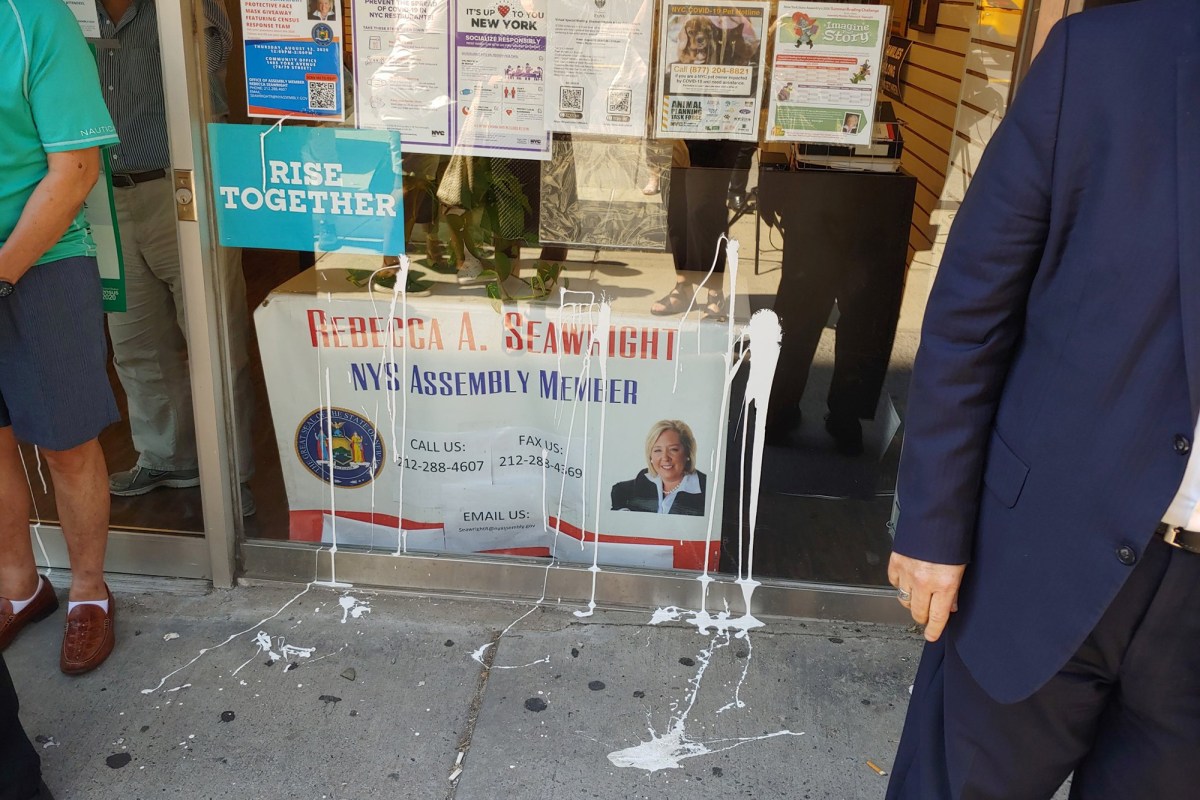 An Upper East Side man was charged with leaving a vulgar anti-Semitic note outside a state lawmaker’s Manhattan offices, officials said.

The lurid message made a sexual reference and alluded to Jewish stereotypes.

Police said Aggarwala was also accused of making a threatening phone call to Seawright’s office, saying he would slash the lawmaker’s tires.

Aggarwala admitted to The Post in a Thursday interview to leaving the anti-Semitic note outside the legislator’s office.

His anger, he said, stemmed from fundraiser literature used by Seawright that he claimed listed the name of a synagogue.

“You think it’s totally good practice for a secular state, a public political nominee, to present a religious affiliation on the same page as their fundraising effort?” said Aggarwala.

“What does this have to do with the city? I feel very strongly that in a secular state the promotional literature should not mention your rabbi. Because that’s your personal business. It’s about prayer. It’s not about fundraising.”

Aggarwala also claimed Seawright’s office ignored him when he sought assistance after losing his nutritionist job in 2017.

Seawright on Thursday said, “We will not be intimidated by anti-Semitism or bigotry of any kind. I look forward to justice being served in this hateful incident.”

The incident also drew a sharp rebuke from Gov. Andrew Cuomo, who called it a “cowardly act” that he said “is antithetical to New York’s values.”

“New York has zero tolerance for hate and we will do everything in our power to hold those responsible accountable,” Cuomo said on Twitter.

The anti-Semitic incident came in the wake of a “virtual town hall” sponsored by Seawright that featured several state Jewish leaders and focused on combating anti-Semitism.

Aggarwala was released without bail and is due back in court Nov. 17.