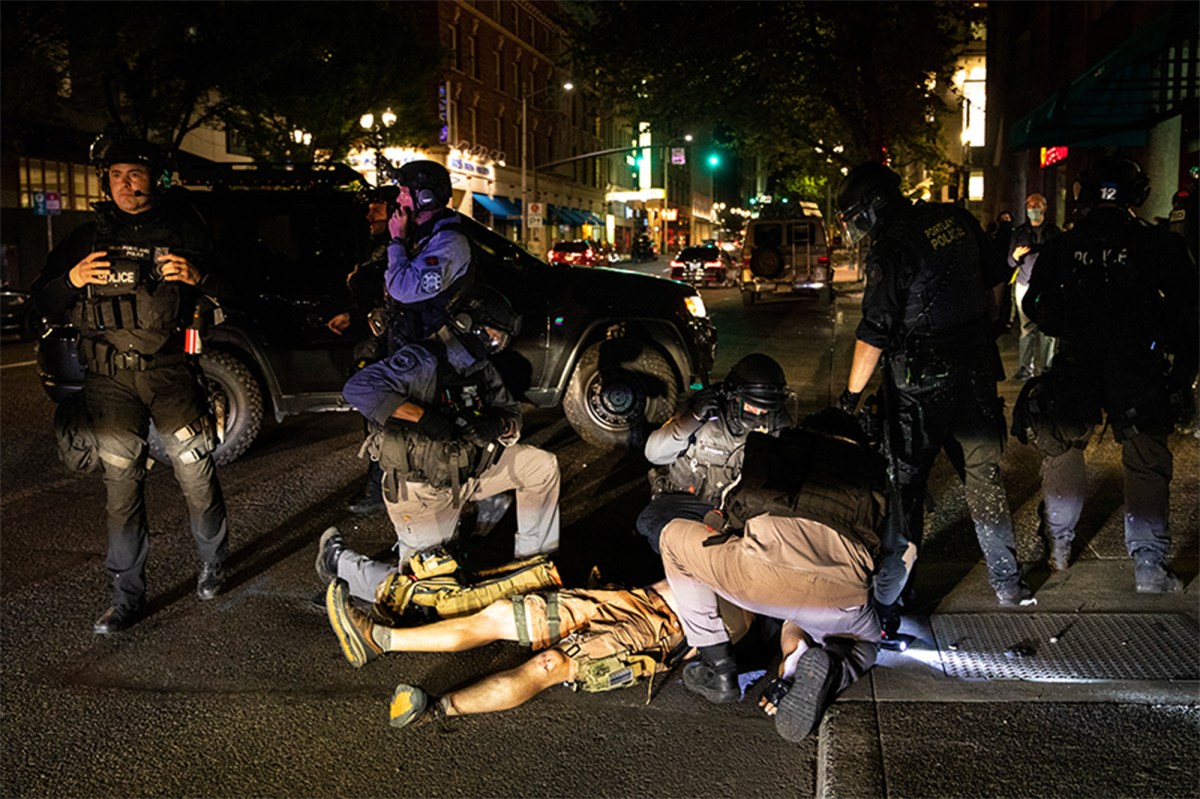 A man was fatally shot in Portland near where a pro-Trump caravan rolled through counter-protests, according to multiple local reports.

It’s not clear if the shooting was related to the demonstrations, the Oregonian reported.

The victim was killed in the city’s downtown at 8:45 p.m. local time — just before midnight on the East Coast — near Southwest Third Avenue and Alder Street, according to the paper.

Photos from the scene showed the victim being treated by medics — and indicated he may have been a pro-law enforcement demonstrator.

Medics appeared to be tending to two wounds, and on the ground around the victim were camouflage gear bearing patches reading “Infidel” and “Thin Blue Line,” according to the Oregonian.

The paper also reported that the victim was wearing a hat bearing the logo of Patriot Prayer, a far-right group that has organized pro-Trump rallies in liberal cities along the west coast.

“Portland Police officers heard sounds of gunfire from the area of Southeast 3rd Avenue and Southwest Alder Street,” the Portland Police Bureau said in a statement to The Washington Post.

“They responded and located a victim with a gunshot wound to the chest. Medical responded and determined that the victim was deceased.”

The outlet reported that there had been multiple scuffles and flashes of violence between the protesters throughout the evening.