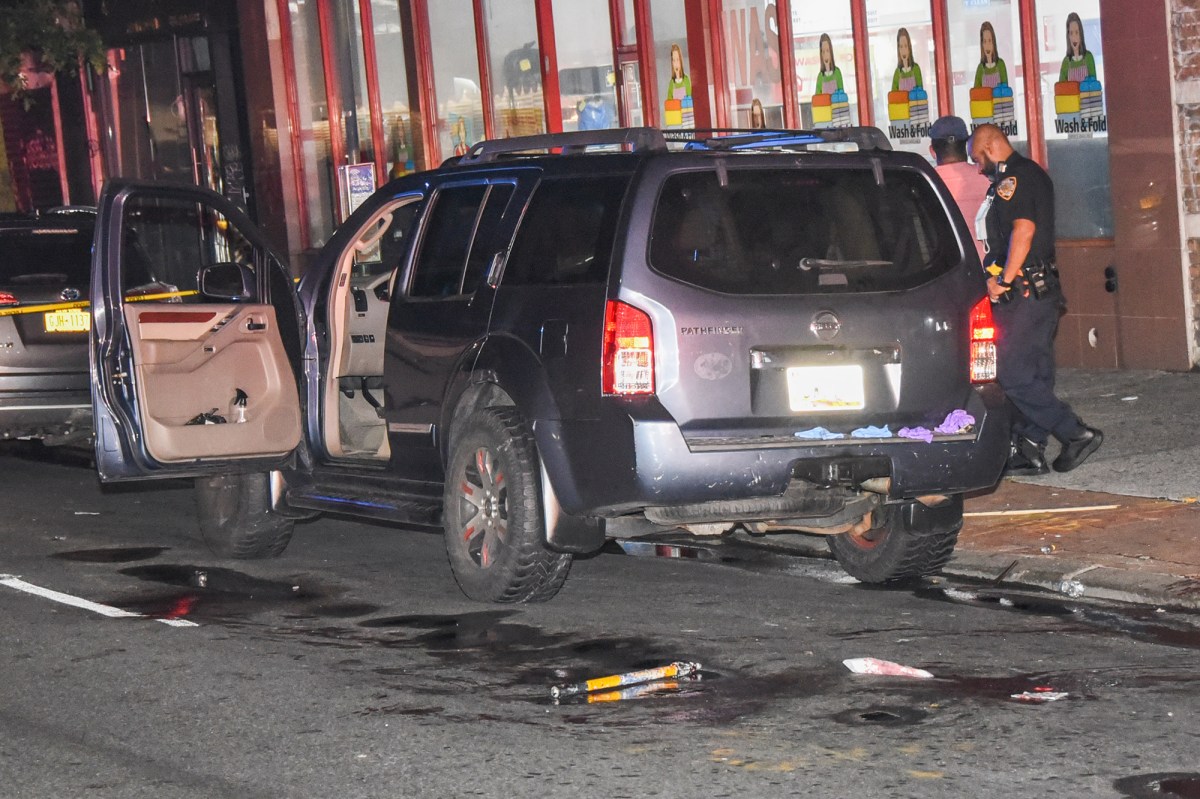 Cops are investigating how a 33-year-old wound up dead, lying in a pool of blood next to an ax in Flatbush early Friday.

The man, whose name was not released, was found in the road at the corner of Flatbush Ave. and Ditmas Ave. around 12:30 a..m. Friday, police said.

Cops said the initial call was for an assault but had no additional details.

Photos from the gory scene show a bloody ax on the street and puddles of blood next to a Nissan SUV with its driver side door open.

Cops said the man died from a Kings County Hosptial from blunt force trauma to the head, but the details of his death were still unknown by late Friday morning.

Two men were spotted being questioned by cops and were brought down the Brooklyn percent, but were not seen cuffed.