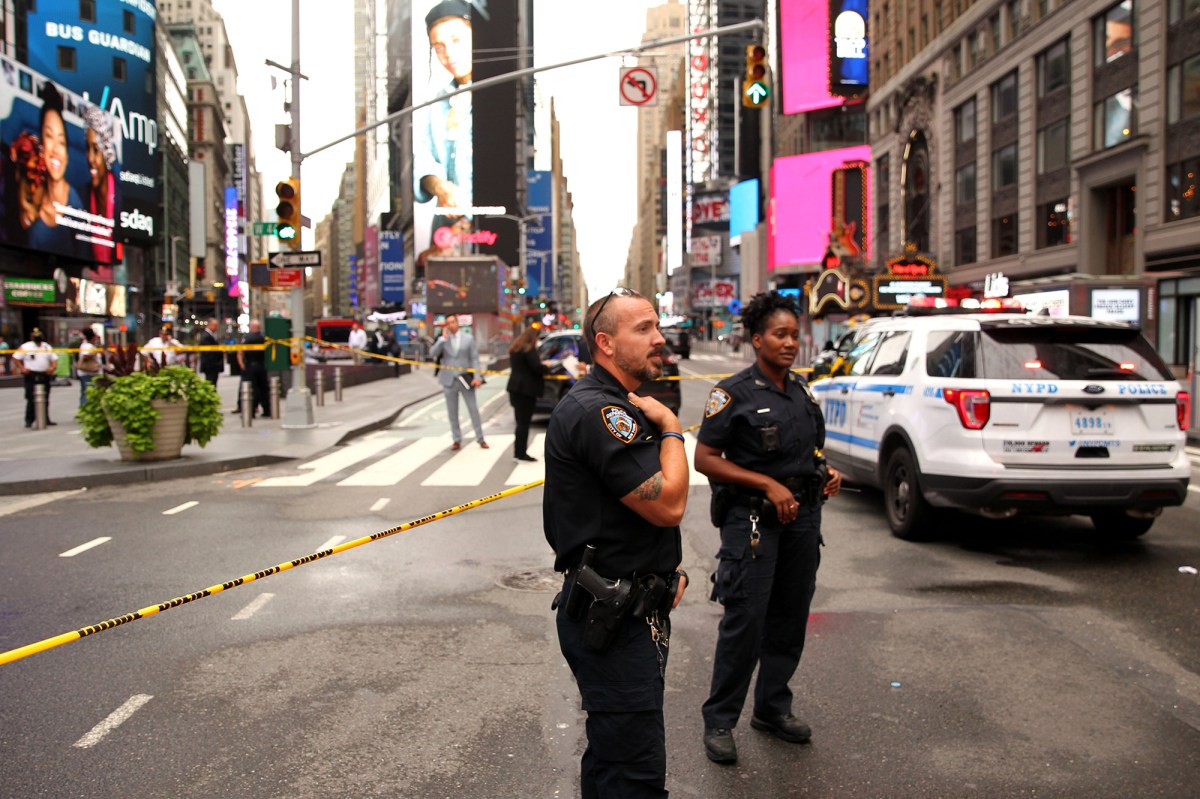 A 47-year-old man was killed when he attempted to jump into a yellow taxi through the driver’s side window in Times Square — and crashed to the pavement as the cabbie drove off, cops said.

Edgar Castillo, 47, of Fort George, tried to get inside the cab around 4 a.m. Tuesday at Seventh Avenue and 44th Street, according to police.

Castillo only made it partway into the car — with a portion of his body still dangling out the window — when the driver took off, heading south on Seventh Avenue, cops said.

Castillo then fell from the window and crashed to the pavement, authorities said.

He was rushed to St. Luke’s Roosevelt Hospital, where he was pronounced dead. It is unclear what his cause of death was.

Cops are still looking for the cabbie, who drove away.