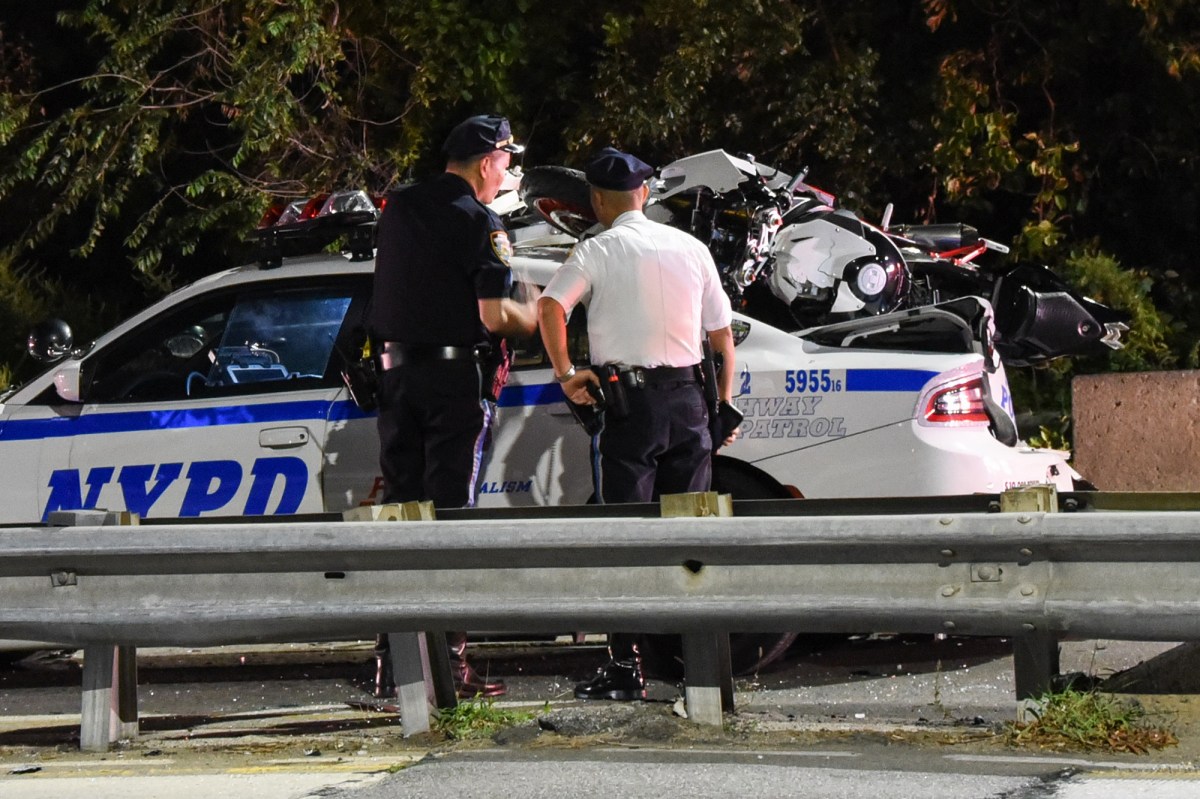 A motorcyclist was killed in Brooklyn after he slammed into the back of an NYPD patrol car with such force, his ride ended up on the trunk of the officer’s vehicle, photos show.

The fatal crash happened along the westbound Belt Parkway around 1 a.m., as the Highway Patrol officer was parked on the side of the road tending to a broken down car, authorities said.

The victim, 41, was riding his BMW motorcycle so fast he flew from his seat, onto the pavement, upon impact.

An officer sitting in the front seat of the patrol car suffered back and neck pain and was taken to the hospital.

Police found the victim lying unconscious and unresponsive on the Belt Parkway, near the Erskine Street exit. He was pronounced dead at the hospital, authorities said.