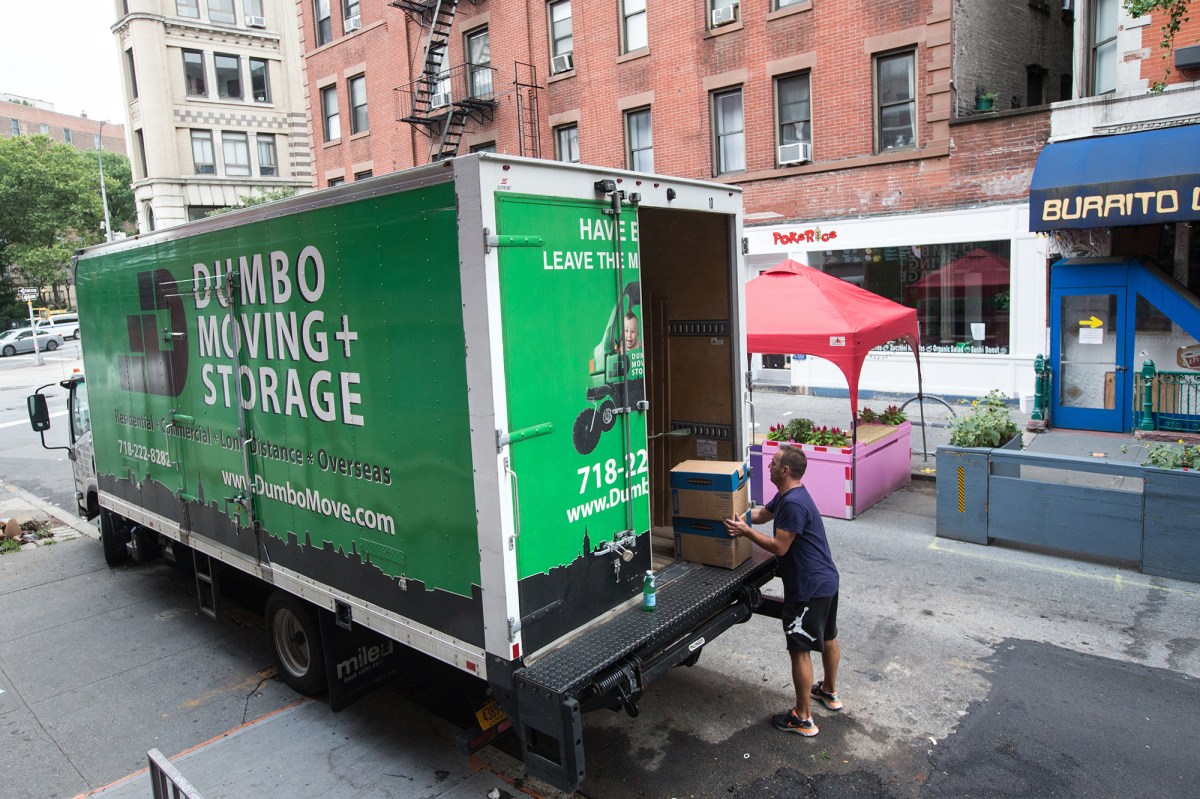 Rich Manhattanites are fleeing the city so fast because of the pandemic and deteriorating quality of life in the Big Apple that moving companies can barely keep up with them.

“It’s nuts!’’ said Perry Chance of “Show Up” movers to The Post on Sunday. “We have four of our own trucks — but we have so many books that we had to start using U-Haul trucks!”

“The volume has increased by at least 70 percent” in the past few months, he said.

“[Clients] are mostly moving out of luxury buildings. [People] say the rich are leaving New York. Well, they are!”

Chance said 25 percent of the company’s customers are heading from the city to states such as Connecticut and Pennsylvania. Another 5 percent are moving somewhere else in the Apple.

And it’s not only the wealthy who are trading big-city life for the suburbs.

“When you have an office on Park Ave, and you don’t see anyone but the less fortunate, the homeless, no more day-to-day workers, the high rent makes no sense,” explained a small-business owner at the U-Haul truck-rental center on West 23rd Street in Chelsea, as he prepared for a move to Long Island.

“I have 10 people who just moved out [of the city],” the Manhattan businessman said. “Two of my business partners and eight employees.”

Stephen Bisogno, a 41-year-old insurance underwriter, said he is moving with his wife and 2-year-old daughter from Murray Hill in Manhattan to upstate Poughkeepsie.

“In the ’burbs, it feels more normal — put a mask on, and do what you have to do,” Bisogno told The Post. “Here, all the stress and posturing by the de Blasio administration, it just adds to the stress on us.”

John Romero, 28, a furloughed house trombone player for the Metropolitan Opera in Manhattan, said he is moving from the Upper West Side to Texas.

“There is not much work here for musicians,” he said. “I’m from Texas, and I have friends and family there.”

“Plus, teaching is part of my business, and people there will be more willing, less scared, to go out, go for lessons now.”

Guardian Angels founder and current mayoral hopeful Curtis Sliwa told The Post on Saturday that he has seen a huge wave of people moving from his neighborhood around West 87th Street.

“The moment I walked out on my block near Central Park West, there was a moving truck,” he said. “I asked, ‘Where you going?’ and they said, ‘Virginia.’”

“They told me, ‘Curtis, first the pandemic hit us and now the quality of life is so bad.’ The woman was almost crying.”

Lats month, there was a 44 percent jump in home sales in New York City’s suburbs — including a 112 percent hike in Westchester County — compared to same month last year, according to the New York Times.