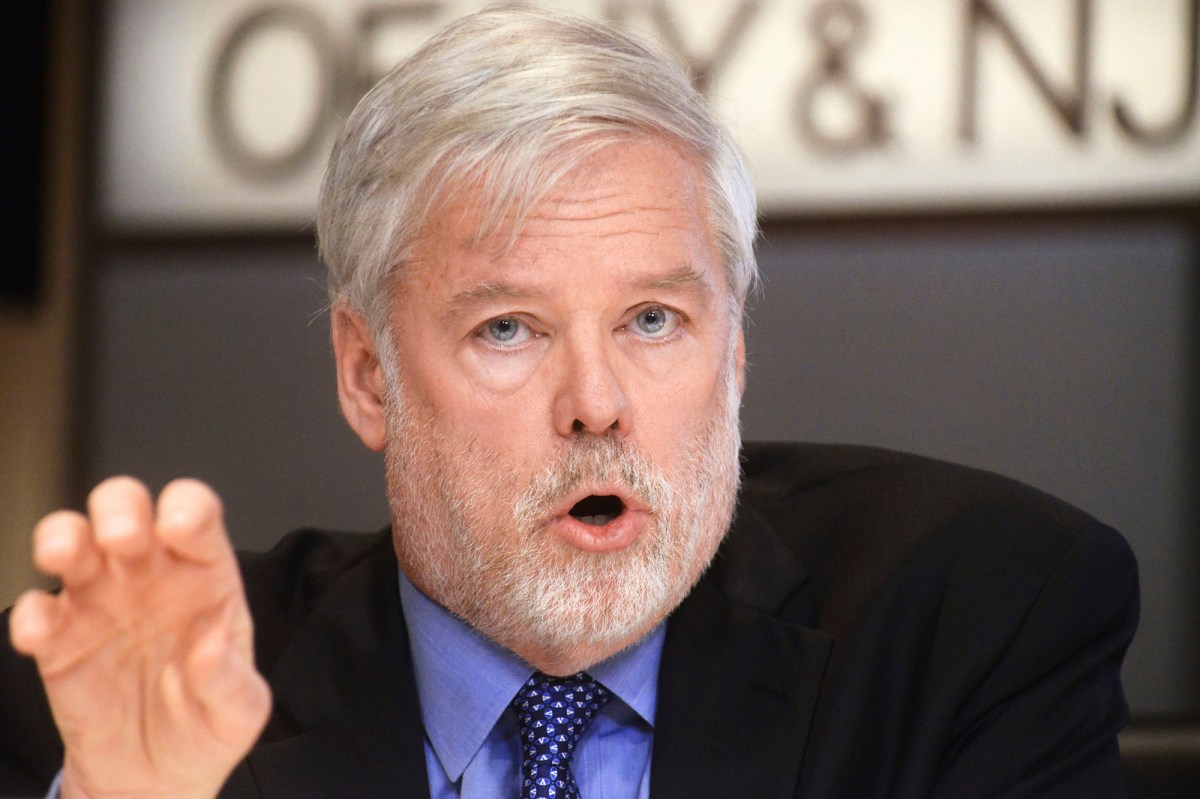 The MTA could lay off 8,400 workers by November or sooner if the federal government doesn’t come through with a $12 billion bailout, agency chairman Pat Foye said Thursday.

“With respect to service cuts and layoffs, November board meeting or earlier,” Foye said at an event hosted by Reuters of a possible “cutoff date” for layoffs and a 40 percent reduction in service if the MTA does not get the $12 billion in requested federal aid.

The MTA’s $51.5 billion, five-year modernization plan, already on hold due to the fiscal impact of the coronavirus, may have to be called off completely, Foye said.

“The system will begin to decline as it did in the ‘70s and ‘80s, and that feeds on itself and has economic consequences as well as operating service consequences,” he warned.

The MTA is losing $200 million per week due to dramatically reduced ridership during the COVID-19 pandemic. The requested aid would keep the agency afloat through the end of 2022, according to transit officials.

As President Trump and Gov. Andrew Cuomo face off over federal funding for New York City, Foye suggested the MTA and state were being punished.

“Not advancing that funding in the middle of a pandemic, with 20 percent unemployment or higher in New York City and the region is punitive, it’s wrong and it’s not the national interest.”

The $18 billion-per-year transit agency employs a little under 70,000 people, according to data released in July.

Transit advocates said the region’s economy would inevitably suffer if the MTA is forced to scale back.

“The future is very, very bleak if the feds don’t come through with funding,” Lisa Daglian of the MTA’s in-house citizens advisory committee said of the potential service cuts.

“Every rider should be concerned, not just for the next year but for the next years ahead,” she said. “If there are service cuts like those laid out by Pat Foye, transit is going to be more crowded. Riders are going to get in their cars and drive.”

“If Congress fails to act in the next several weeks, New Yorkers face untold misery they will be feeling for decades,” Pearlstein said.

He added, “People will be stuck in their neighborhoods. That falls hardest on the people who can least afford it.”