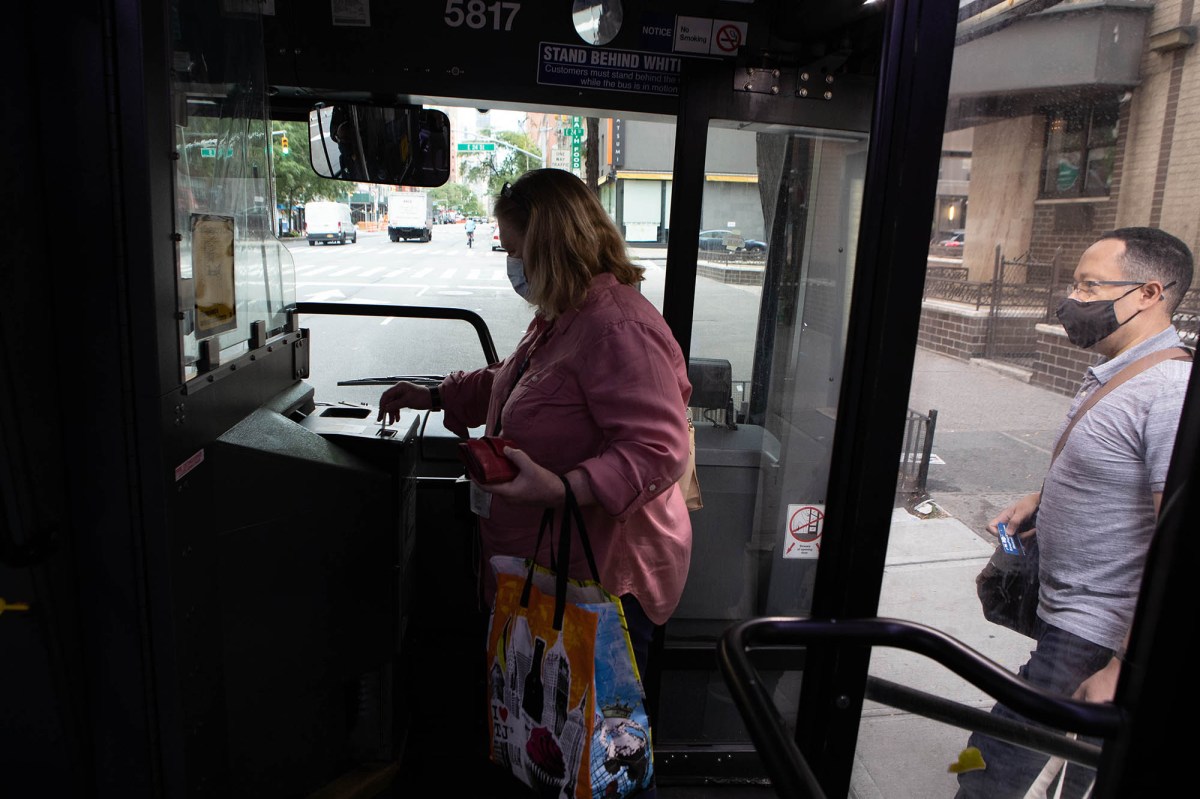 The MTA on Monday resumed front-door boarding on buses — which means that the agency is now collecting fares again.

Local buses were previously boarding from back door-only and were fare-free since late March amid the coronavirus pandemic as part of a bid to prevent the spread of the killer bug, which included the closure of much of the front areas of city buses.

With the resumption of front-door boarding, there will be up to 40 percent more space on buses for social distancing, the MTA said.

The MTA’s entire 5,800-vehicle bus fleet is being equipped with new barriers, including polycarbonate sliders and vinyl curtains, to protect bus operators and to allow more distance between the operator and riders, according to the transit agency.

MTA Bridge and Tunnel Officers and the agency’s so-called Eagle teams were being deployed throughout the bus system to help remind customers they must pay the fare and are required to wear a mask while on public transit.

The MTA is also launching an aggressive customer communications campaign to raise awareness of the resumption of front-door boarding.

In the five months since buses have been fare-free, the MTA missed out on $159 million in fares, Interim Transit President Sarah Feinberg has said.

And MTA finance experts say the agency is losing $250 million per week due to pandemic-depleted ridership.

“We are resuming fare collection at a time when we are facing the worst financial crisis in MTA history and we need the federal government to step up and deliver $12 billion in urgently needed funding now,” Feinberg said in a statement Sunday.