The cash-strapped MTA is putting up $10,000 for information leading to the arrest of the “sociopath” vandal who’s been smashing 7 train windows, the agency’s top boss announced Monday.

“This person has caused over $300,000 in damages, has caused our customers on the 7 Line — working people in Sunnyside in Corona, Jackson Heights and Elmhurst — delays, and there have been scores of incidents,” said MTA Chairman Pat Foye at a press conference in Brooklyn.

The announcement of the bounty — which would be paid on top of the NYPD’s existing $2,500 NYPD reward for information — comes after the spate of broken windows left the MTA nearing a shortage of glass necessary to repair the damaged cars.

From May 8 to Aug. 18, there have been 70 window-breaking incidents on MTA subway cars, mostly on the 7 train, officials said Monday.

“It’s important that we have the public’s assistance here” in nabbing the suspect, said NYPD Transit Chief Edward Delatorre. “There has to have been some witnesses to this vandalism over the last couple of months.”

“It’s important to everybody that we close this case soon and stop this vandalism.” 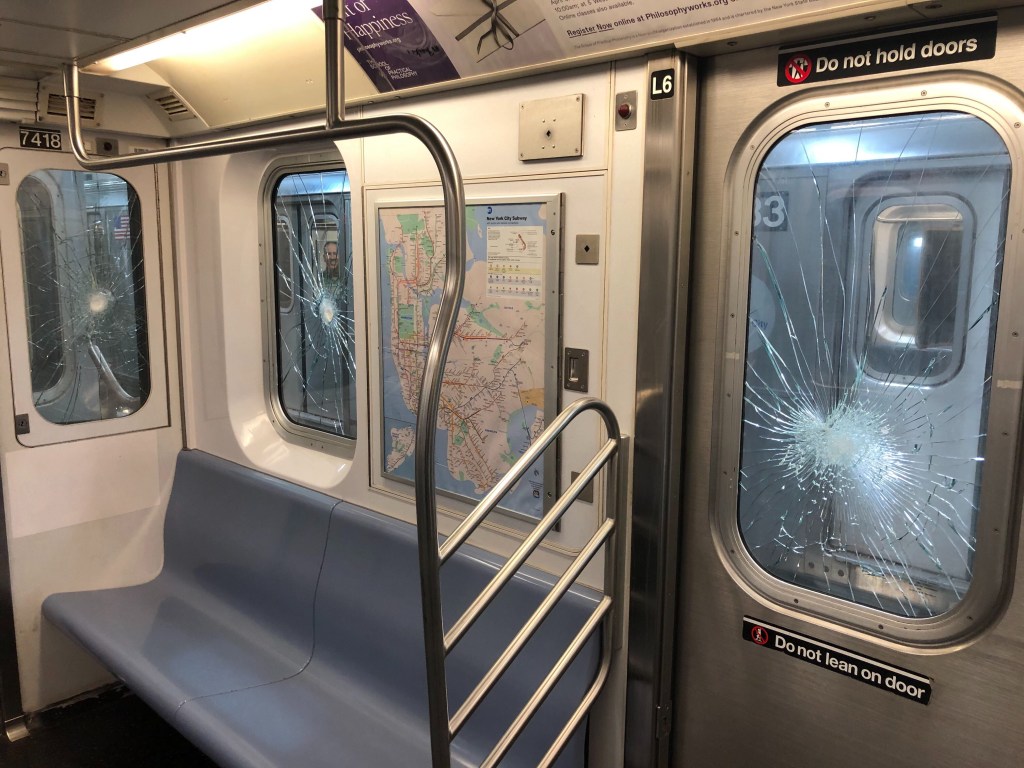 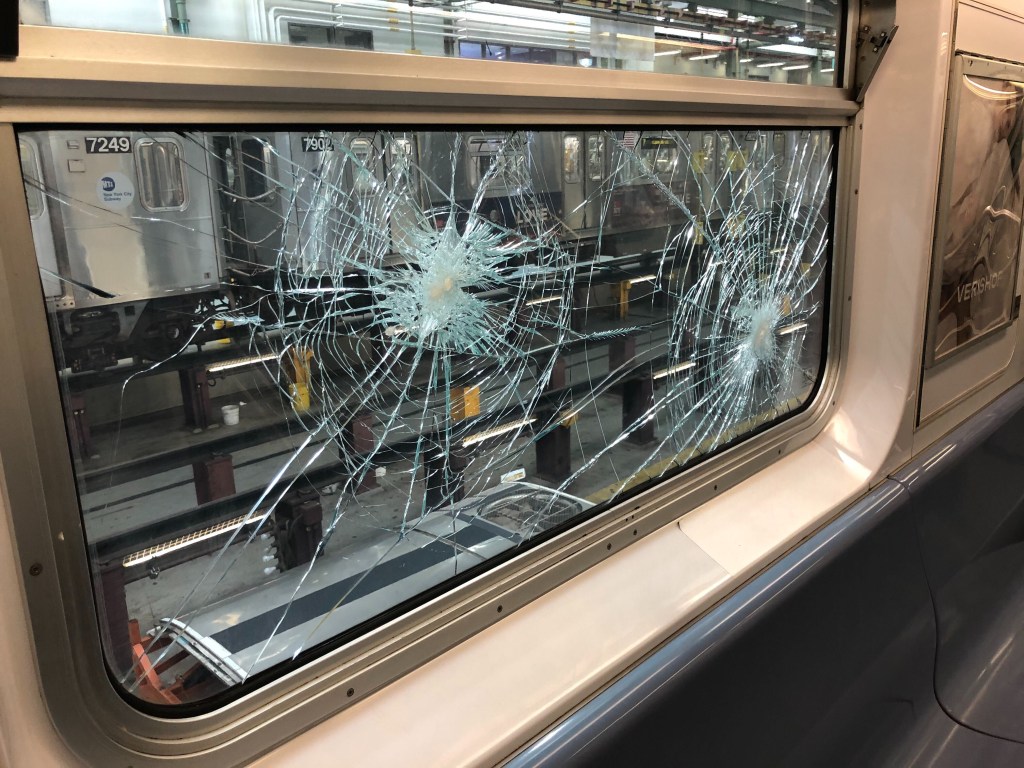 Inspector Jason Savino, who is leading the investigation, said the NYPD is “very, very confident” that some New Yorkers will be able to help cops catch the serial smasher.

“We need the public’s help,” he said. “Put on your little detective shields.”

“It is a growing problem. When you compare the statistics to last year, it was virtually non-existent and now it’s prominent,” Savino added.

MTA officials remained tight-lipped on whether they believe it is one or several smashers, though officials on Monday mostly referred to a single suspect.

Asked if doling out thousands is the best use of money for the MTA — which is facing a $10 billion fiscal black hole amid the coronavirus pandemic — Foye said it’s “ridiculous” to imagine the cash wouldn’t be worth it.

“This person — or people — has already cost us $300,000, trains have been taken out of service, hundreds of thousands of customers have been disrupted, and clearly offering a reward for information leading the arrest and indictment of a person who’s caused $300,000 in damages in scores of incidents — that is money well spent,” he said.