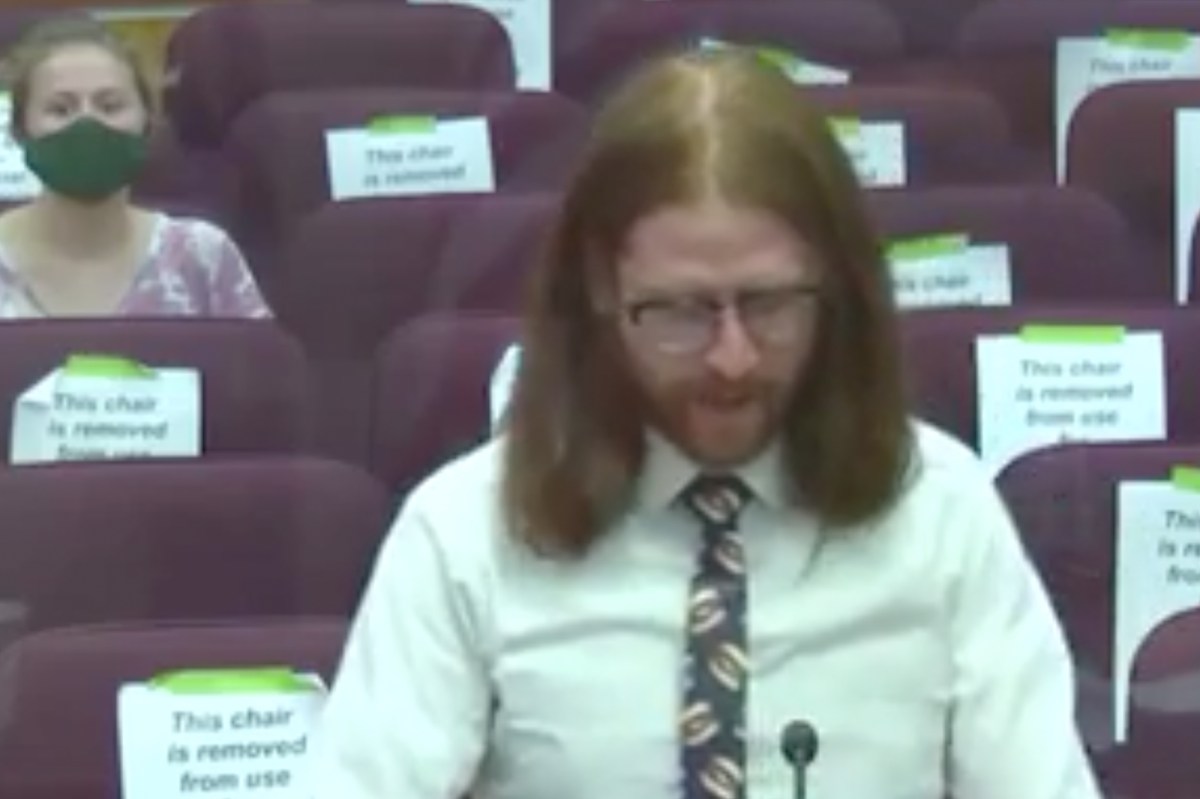 A Nebraska man urged his local city council to ban the term “boneless chicken wings” — and replace it with more accurate terms like “saucy nugs” — in a comically passionate plea for culinary accuracy, footage from the meeting shows.

In a scene that could be plucked from an episode of “Parks and Recreation,” Ander Christensen makes the case to Lincoln lawmakers that “we’ve been living a lie” when it comes to poultry.

“I propose we as a city remove the term boneless chicken wings from our menus — and from our hearts,” Christensen tells the council while standing at a podium, according to footage posted by krvn.com.

“Boneless chicken wings are just chicken tenders, which are already boneless,” he squawked. “We would be disgusted if a butcher mislabeled his meat but then we go around pretending the breast of the chicken is its wing?”

In the spicy speech, Christensen proposed other terms for the classic bar snack, including “Buffalo-style chicken tenders,” “wet tenders” or “saucy nugs.”

At one point, when a member of the audience burst into laughter, Christensen fired back, “Excuse me!”

He said his feathers were ruffled after visiting local restaurants and seeing people using the flawed descriptive term.

“I go into nice family restaurants and I see people throwing this name around pretending everything is just fine,” he said. “I don’t order boneless tacos, or boneless club sandwiches. I don’t ask for boneless auto repair.”

He said the fowl inaccuracy should no longer fly.

“We’ve been living a lie for far too long, and we know it because we feel it in our bones,” he said.