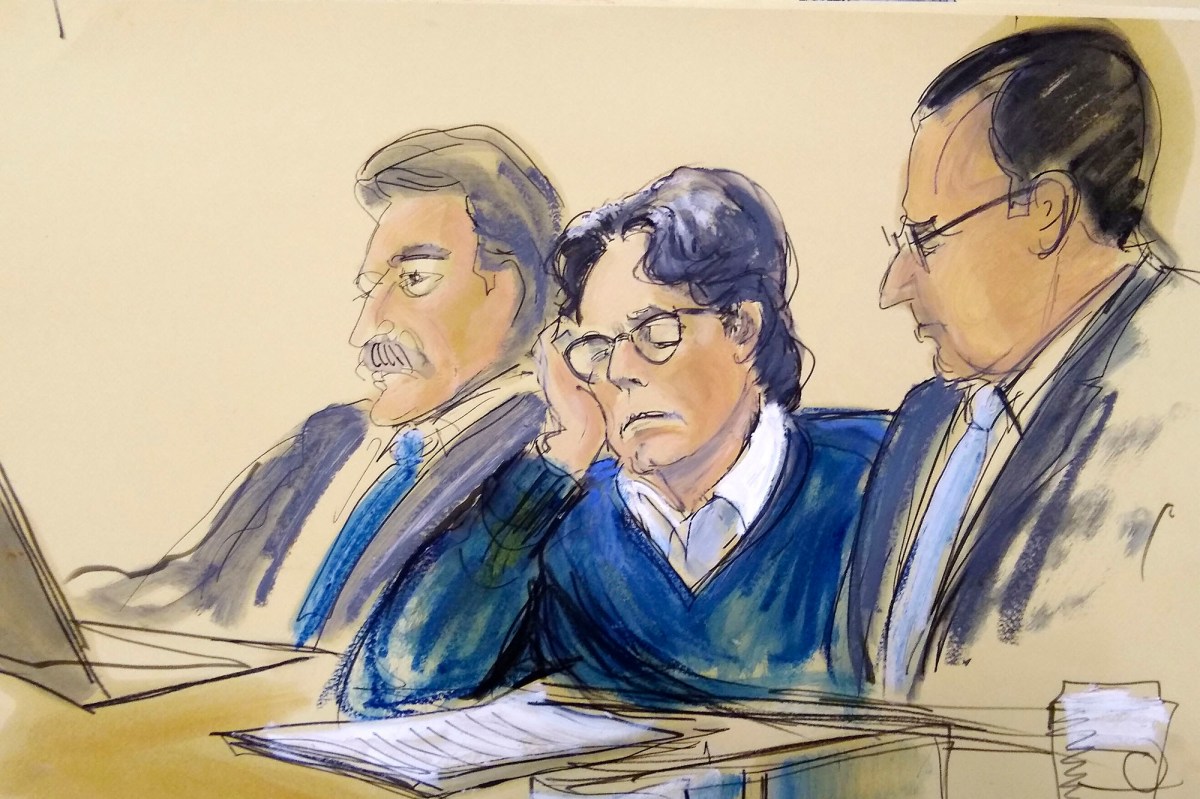 They were the first two defendants at the Metropolitan Detention Center in Sunset Park to receive legal visits since the pandemic threw federal jails into lockdown, according to Brooklyn prosecutors.

“All of the staff there literally were like, ‘you are the first lawyer we have seen since March,’” said attorney Marc Agnifilo who met with Raniere for four hours. “It was very clean, it was very orderly, it was very easy.”

Other than having his temperature taken and having a plexiglass divider between him and Raniere, it was a typical visit, Agnifilio said.

“I actually missed being there,” he added.

In an effort to resume in-person meetings, MDC reached out to three defendants who had requested the face-to-face sessions in the prior two weeks and offered them visits on Aug. 27 and 28, according to new court papers.

Raniere and Maxwell’s lawyers agreed, the third attorney was unavailable, the filing states.

“We got the first visit because we specifically asked the court for it,” said Agnifilo, whose client is slated to be sentenced Oct. 27 to up to life in prison.

Raniere was convicted at trial of sex trafficking and racketeering for running a sex cult in which women were branded with his initials and forced to have sex with him.

Last week’s attorney meetings were intended to be test-runs to ensure that the facility is prepared to resume face-to-face legal visits Sept. 10, according to the filing.

Jeffrey Epstein’s alleged madam, who is awaiting trial on charges she procured and groomed teen girls to be abused by the late pedophile, met with her lawyers on Friday for three hours.

Some attorneys raised concerns about the optics of Maxwell, a well-heeled and high profile defendant, scoring one of the first highly coveted visits.

Last week, lawyer Sean Hecker pointed out that Maxwell had only been detained at MDC for about two months — which she has said has been under “onerous” and unfair conditions.

“There are defendants in capital cases who’ve been without the ability to meet with their counsel for up to six months,” he noted. “It feeds into the impression that there are two systems of justice in the country.”

Hecker represents Federal Defenders of New York, which provides free legal counsel to indigent defendants, in a suit against the BOP over issues of attorney access to their clients.