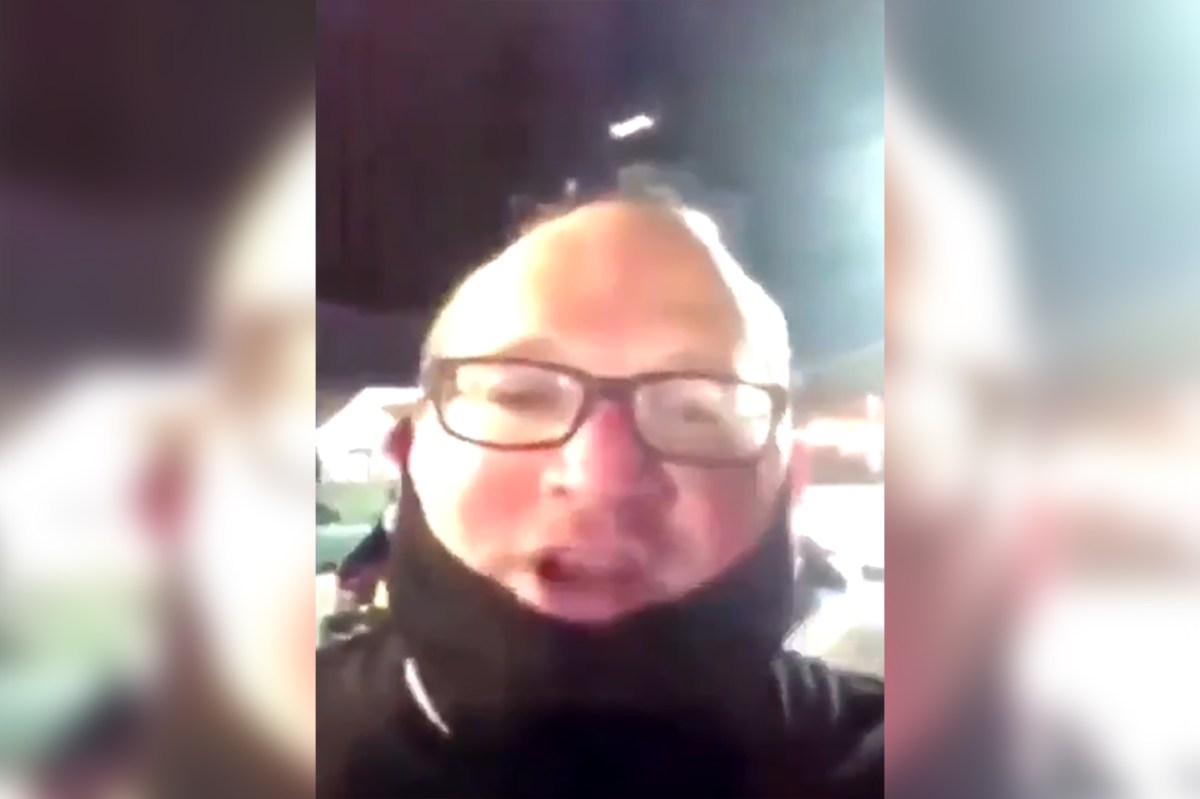 The assistant principal of an upstate high school has sparked outrage with a Facebook Live video he recorded during the Rochester protests — in which he screamed, “F–k the police!”

Steven Lysenko, a ninth-grade AP teacher at Spencerport High School in suburban Rochester, complained about officers targeting protesters even though “we didn’t do anything but chant and sing,” according to copies of the video that have gone viral online.

“Our peacekeepers ended up shooting pepper spray at us for singing and chanting and telling them what a s—ty-assed job they were doing,” he complained in the clip, which was saved and shared on social media.

“They can f–k right off, America!” he shouted.

After his expletive-laden tirade, Lysenko calmed himself enough to sign off with a polite “thank you,” according to clip that started going making rounds Sunday.

School officials in the suburban village addressed the uproar over the post in a message Saturday — while stressing the scandal will be “addressed as a confidential, personnel matter.”

“We apologize to our students, parents and community that you had to hear this language from one of our employees,” Spencerport Central School District said in a statement.

The district insisted it “stands in solidarity in support of racial equality and systemic change” and stressed that we further stand in solidarity with peaceful protesters.”

“However, when a District employee uses language in public or on social media that does not align with our Code of Conduct or demonstrate appropriate role modeling for students, that is something that we will not condone,” the statement stressed.

“These statements by our administrator have caused disruption within our school community,” it conceded.

The response was not enough for some outraged at his tirade.

“Any Spencerport student with a similar rant on social media would have consequences. This is not respectful and encourages hate. Fire him,” Jeff Belles wrote to the district.

However, more than 2,500 people appeared to have signed a Change.org petition demanding he not be fired.

“He is setting a good example to the students at Spencerport showing us to fight for what we believe in. Swear words are just words and should not be a reason to be fired,” the petition says.

Lysenko, the president of the local chapter of the National Association for Multicultural Education, has previously used his social media to stand with the Black Lives Matter movement.

“To any students-past or present-who follow me here: know that when you post “#WhiteLivesMatter, you are condoning White Supremacy. In that I will not abide!” he wrote in a post in June.

He also posted a Facebook video apologizing for using “police-centric and police-friendly language” in earlier discussions.

His profiles describe him as an “Advocate for Social Justice, Educator, Child of God” — with one follower, Michael Reed, telling him, “You are not a child of God, Mr. Pottymouth.”

Lysenko did not immediately respond Sunday to messages from The Pos.

Rochester has seen four nights of protests following the release of disturbing police video showing the arrest of Daniel Prude, who died in custody after his arrest in March.