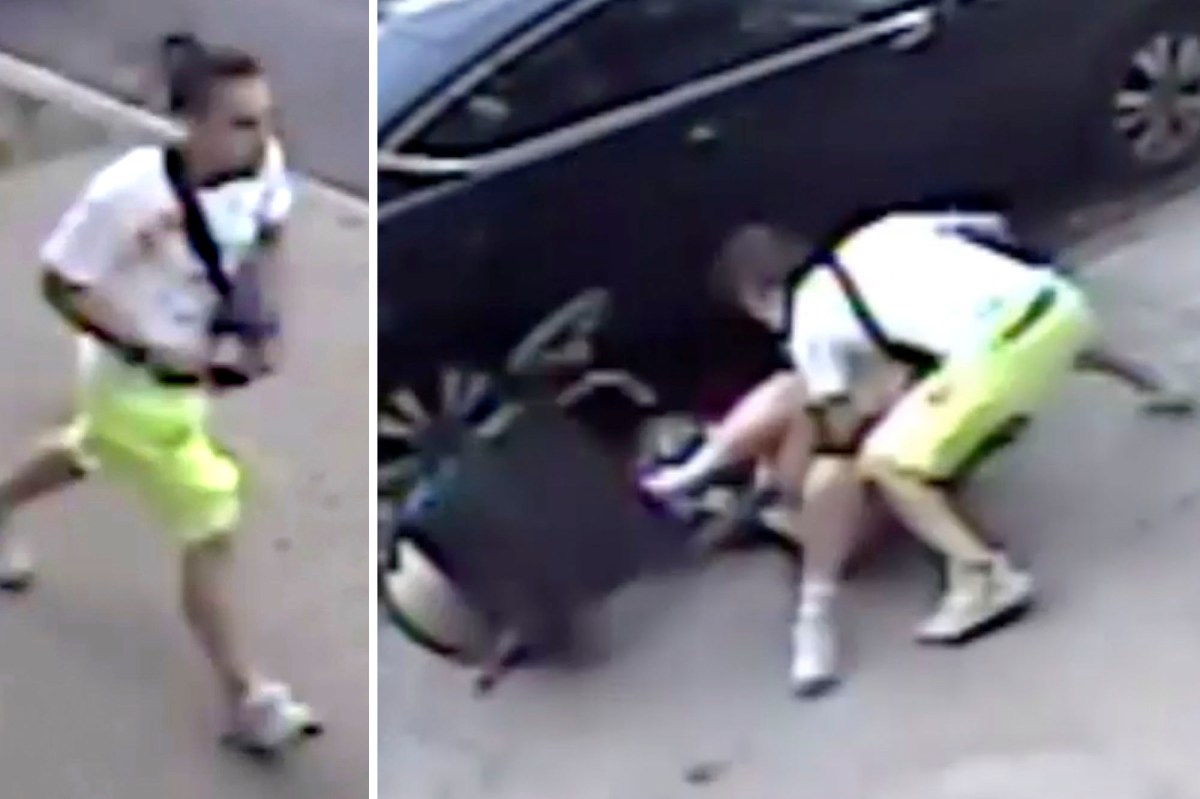 The violent creep allegedly caught on video in the Bronx dragging his ex-girlfriend to the ground and stabbing her repeatedly as she pushed their infant son in a stroller — because she refused to braid his hair — was arrested Tuesday,  police said.

Cops collared Carlos Gonzalez, 25, at 8:46 a.m. in Lower Manhattan and charged him with attempted murder and acting in a manner injurious to a child for the July 14 attack on the 21-year-old mom, police said.

A police source said the fight was over hair braiding.

“She changed her mind about braiding his hair,” the source said.

The attack happened about 7 p.m. in front of 3343 Sedgwick Ave. as the two walked together pushing the 1-year-old in his stroller. Gonzalez allegedly placed his ex in a chokehold, dragging her and the baby stroller to the ground, cops said.

He’s accused of then stabbing the young mother six times before taking off. The mom and baby were taken to Saint Barnabas Hospital and listed in stable condition.

The mom suffered a collapsed lung and permanent nerve damage to her hand, cops said.

Police had released the video and were searching for him since.

Gonzalez was previously arrested in 2018 for a robbery with a firearm in the Bronx.