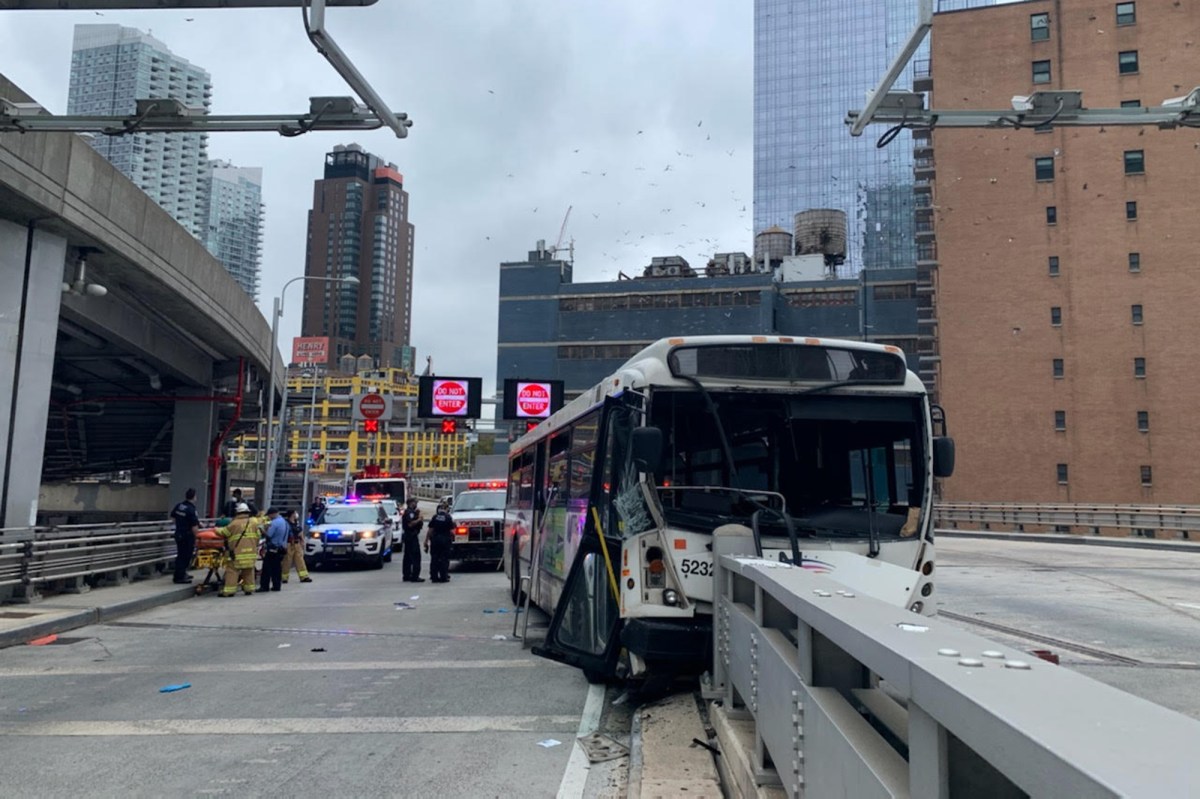 More than a dozen people were injured Saturday morning in Hell’s Kitchen when a New Jersey Transit bus slammed into a divider near the Lincoln Tunnel.

The accident happened at around 9:30 a.m. on an upper ramp at the Port Authority bus terminal, according to the FDNY.

The FDNY said one person was seriously injured and there were 15 non-life-threatening injuries. Eleven were taken to the hospital, the agency said.

The cause of the accident was not immediately known.

This is a developing story