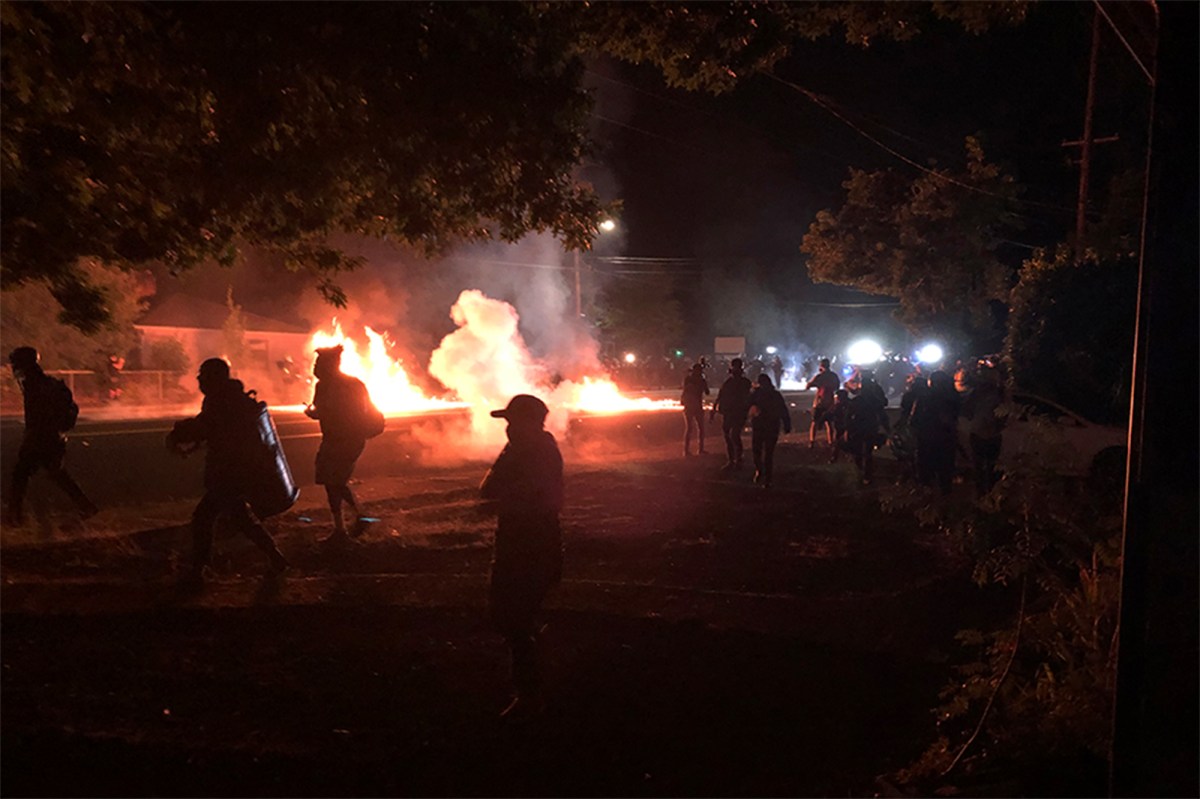 Shattered glass is heard out of frame before the camera pans to a man whose lower legs have ignited — and who frantically runs away from another small fire in the street near a police line in the city, according to the video uploaded by Twitter user Tayler Hansen.

As the man runs in panic and in flames, police can be heard declaring the protest a riot; they begin deploying tear gas.

Fellow protesters work to extinguish the burning man. Police in riot gear also rush toward the suffering man, but their offer of assistance was rebuffed.

At the time of the video, the officers had blocked hundreds of protesters from converging on the Southeast Portland precinct as part of a demonstration against police violence and systemic racism, The Oregonian reported.

Three Molotov cocktail-like devices were thrown before the police and state troopers at the scene quickly made their riot declaration and began forcefully dispersing the crowd, according to the paper.

The march had begun at 9 p.m. local time, and dozens of cops arrived to block protesters’ path, reportedly announcing over a loudspeaker that they wouldn’t allow demonstrators near the precinct “for the safety of city employees, community members and nearby residents.”

The incident marked the first use of tear gas in the city this month, according to The Oregonian. Saturday was the 101st consecutive day that protests have raged there.