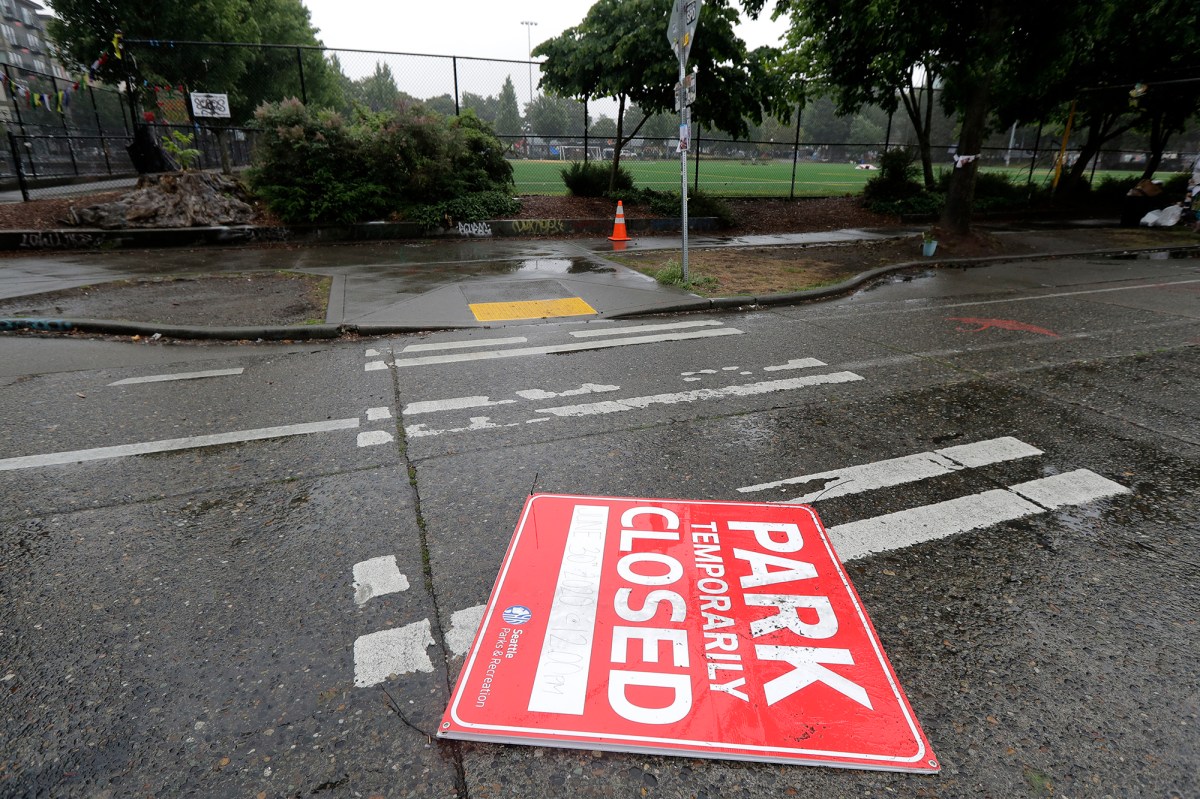 Private security guards hired to watch over a Seattle park overtaken by protesters left during their first shift after they were threatened and harassed.

The two armed guards from Jaguar Security Firm and owner Ricky McGhee were confronted Tuesday night by a group of protesters in Cal Anderson Park, some armed with “poles and sticks,” McGhee told Fox News.

“As soon as we entered that park, they started verbally attacking us … calling us all kinds of names like ‘sellouts’ and [telling us] what they would do to us,” McGhee said.

The security team had been hired by the city to keep people out of the park from 8 p.m. to 6 a.m. after it’d been occupied by protesters throughout August.

The mob shined bright lights at McGhee and his employees, making it hard for them to make out their identities, he said.

McGhee said his armed guards were “seasoned” but “not trying to go to jail” — so he called police to intervene.

“These people that are doing that stuff, they’re putting themselves in danger,” he said. “We could have engaged right when they put those lights in our eyes and they had those weapons in their hands.”

Rachel Schulkin, a spokeswoman for Seattle Parks and Recreation, said the city is working with Jaguar on a “night-by-night” basis and assesses the need for security at the park each day.

“Jaguar Security opted to leave the park on Tuesday evening as the large crowd of protesters was not responding to requests to disperse, continued to harass the security guards, and out of a desire to not escalate the situation,” she said.

Meanwhile, McGhee said he’s working with the city on a plan so that his employees can safely return.

Police cleaned up the park earlier this week, recovering a cache of weapons, including a machete, hatchet, homemade spike stripes and makeshift shields.

It’s located in the same district where demonstrators set up the Capitol Hill Organized Protest zone before it was cleared out in July.