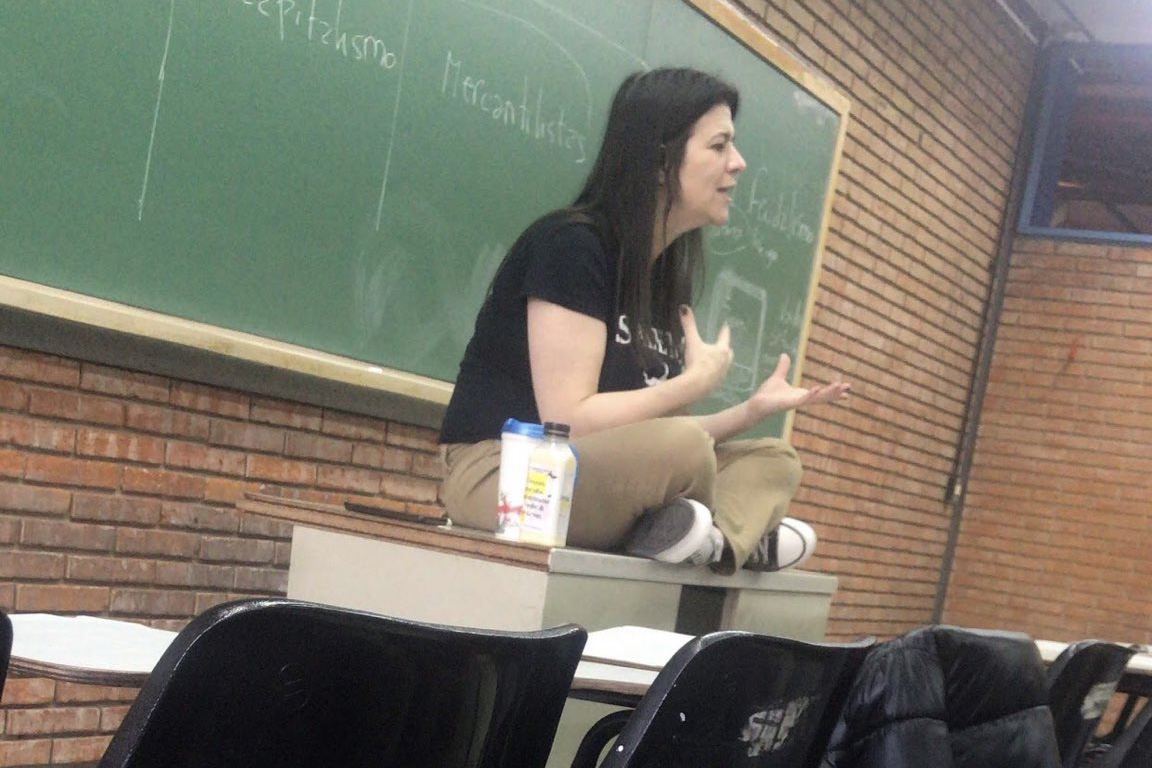 A college professor in Argentina who had been suffering from persistent coronavirus symptoms collapsed and died at her home during a lecture in front of her virtual class, according to reports.

Her alarmed students asked her to give them her home address so they could summon help, but she gasped “I can’t” before collapsing, according to the news outlet.

De Simone’s husband, a doctor, discovered her lifeless body when he came home.

The professor, who also is survived by a daughter, had mentioned her health struggle — and her husband’s work amid the pandemic — on Twitter.

“It is very complicated. I have been here [with the virus] for more than four weeks and the symptoms do not go away,” De Simone wrote, according to The Sun. “My husband is exhausted from working so much at the moment.”

One of her students, Ana Breccia, 23, described the professor’s last moments.

“She began by saying that she had pneumonia, we saw it was worse than in previous classes,” she said. “At one point she could not continue passing slides, nor speak and she became unbalanced.”

Another student called De Simone an “unforgettable teacher, one of those who give you a hand in everything, who make you love what you study, who go out of their way for their students. We are going to miss you a lot,” The Sun reported.

Silvina Sterin Pensel, an Argentine journalist in New York, said she was not surprised her friend and former classmate at Universidad del Salvador had still been teaching.

“I totally portray Paola deciding, ‘I can totally do this, my students need me,’” she told The Washington Post, adding that the professor’s death is a “sad reminder that the virus is real.”

More than 450,000 COVID-19 cases and over 9,000 fatalities have been reported in Argentina, according to Johns Hopkins University.

“The virus is still making rounds in Buenos Aires,” Sterin Pensel told the newspaper. “In Argentina, the confinement has been very strict, so people are showing signs of fatigue in complying. But these kinds of reminders, these awful reminders, they shake your core.”

The Universidad Argentina de la Empresa said in a statement that De Simone’s death had left the institution with “deep pain.”

“Paola was a passionate and dedicated teacher, and a great person, with more fifteen years of experience,” it said.