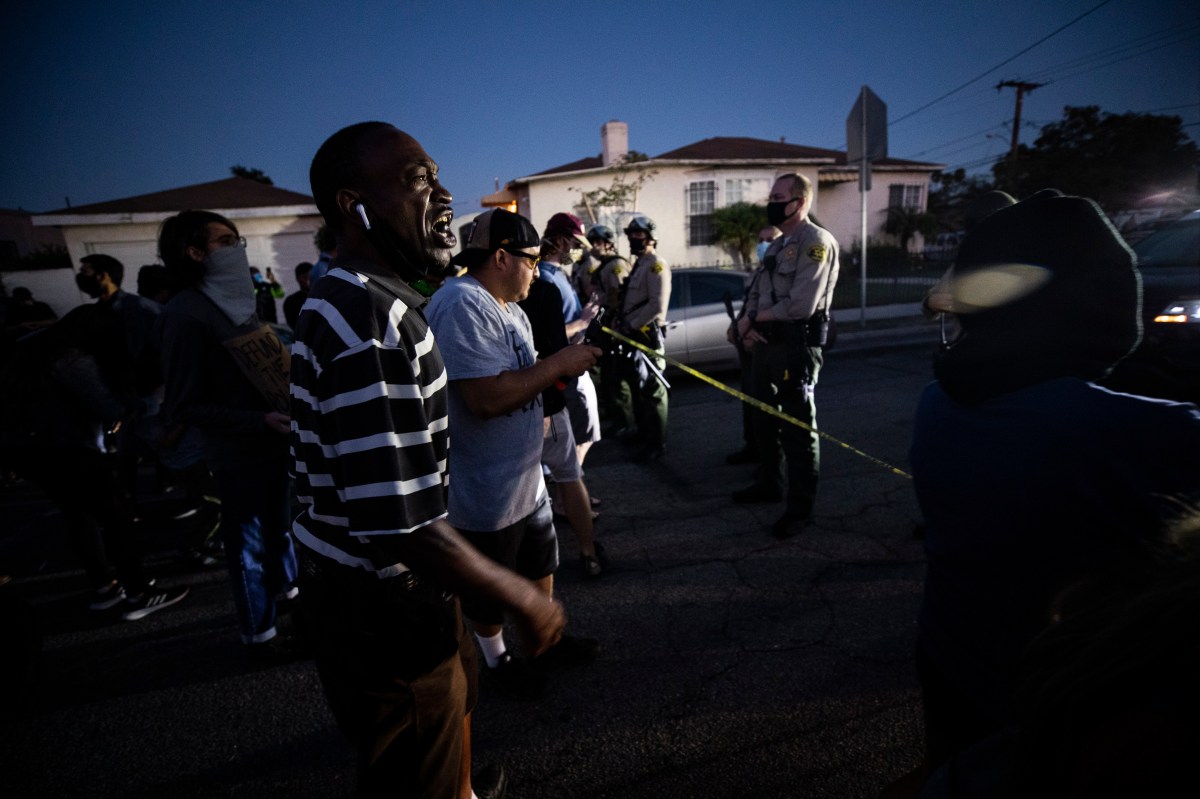 Protests erupted in Southern Los Angeles on Monday night after the fatal shooting of a black man by police.

A demonstration took place at the scene of the shooting earlier on Monday afternoon when sheriff’s deputies opened fire on a suspect during a foot chase in the area of Westmont, according to CBSLA.

The man who was killed, identified by a local Black Lives Matters group as Dijon Kizzee, was riding his bike when the deputies tried to stop him for “code violations related to his bike riding.”

The sheriff’s department said the man fled the scene and a fight ensued when the deputies caught up to him.

The man allegedly punched a cop in the face, dropping the clothes he was holding along with the firearm.

The deputies then opened fire, striking the man. He was declared dead at the scene. The sheriff’s department said a handgun was recovered at the scene.

“Our suspect was holding some items of clothing in his hands, punched one of the officers in the face and then dropped the items in his hands,” Los Angeles County Sheriff’s Department Lt. Brandon Dean said at a press conference.

“The deputies noticed that inside the clothing items he dropped was a black semiautomatic handgun. At which time a deputy-involved shooting occurred.”