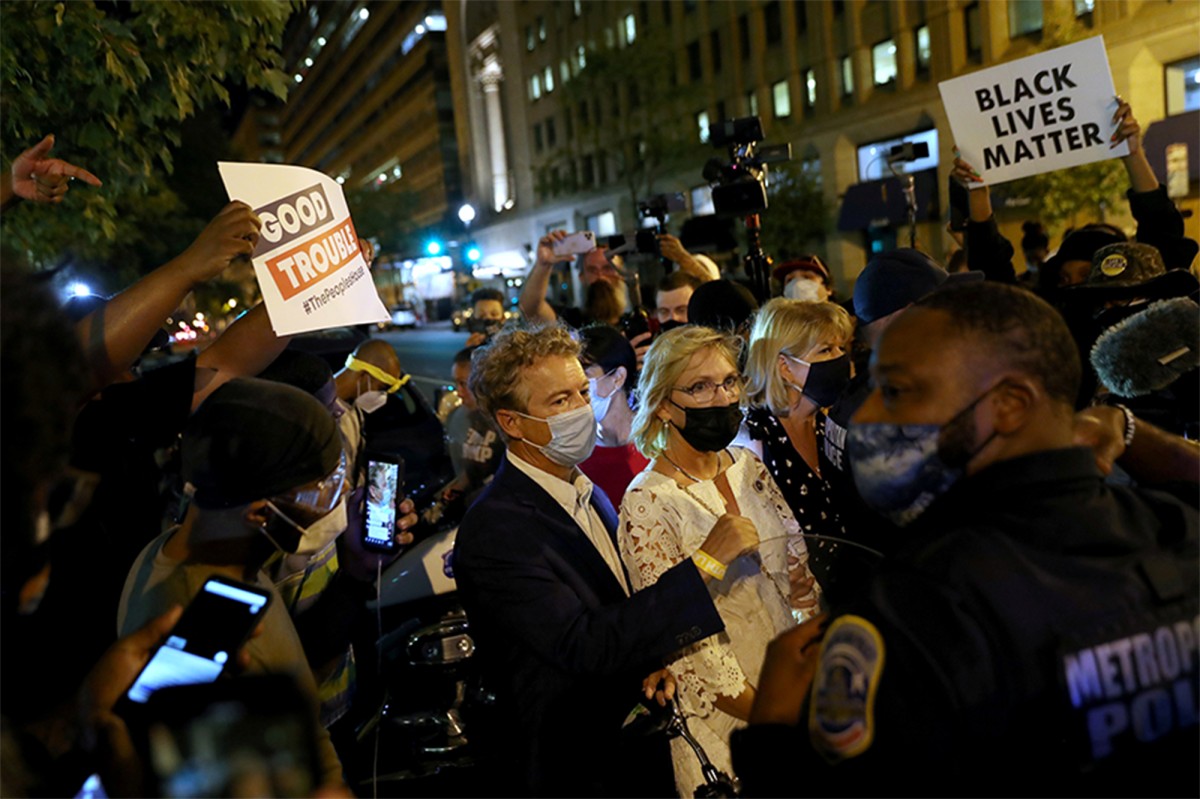 Rand Paul was confronted by a rowdy group of Black Lives Matter protesters in Washington, DC, early Friday after leaving the White House for the Republican National Convention.

Paul was walking to the Hotel Washington with his wife when a crowd descended upon him while shouting “Say Her Name” and “Breonna Taylor.”

The senator from Kentucky — where Taylor was fatally shot and killed by police — was being escorted by D.C.’s Metropolitan Police.

In one of the videos, a protester pushes a Metro DC police officer who trips and brushes into Paul.

The officer briefly stumbles and regains his footing.

A woman can be heard shouting at Paul: “Her name is Breonna Taylor!”

“Just got attacked by an angry mob of over 100, one block away from the White House,” Paul said in a tweet.

“Thank you to @DCPoliceDept for literally saving our lives from a crazed mob.”

The senator and his wife did not appear to be injured.