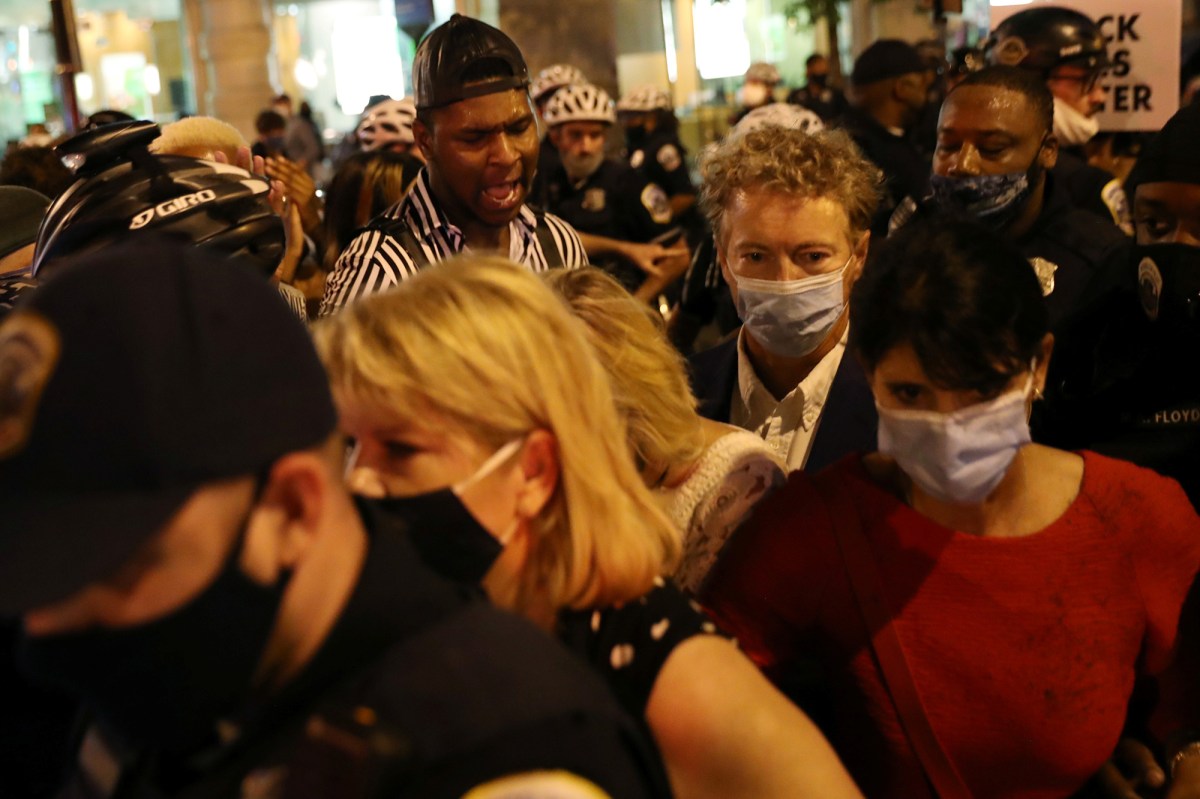 WASHINGTON — Kelley Paul, the wife of Sen. Rand Paul, said she felt like she was living in a “terrifying dystopian novel” when a mob of militant Black Lives Matter demonstrators surrounded the couple and their friends outside the White House on Thursday night.

The Kentucky Republican earlier Friday said he feared for their lives during the confrontation and lashed the demonstrators who chanted Breonna Taylor’s name without realizing he had authored a bill in her honor.

In a opinion piece in the Washington Examiner, Kelley Paul said she tried in vain to explain to the group that her husband had worked in Congress to advance their cause.

“Thursday night felt like being in a terrifying dystopian novel,” she wrote, calling it the most harrowing night of her life and lashing the media and Democrats for being silent on the violence.

“At first, I attempted to meet the eyes of one of the protesters and tried to explain that Rand authored the Justice for Breonna Taylor Act, but it seemed to just infuriate them more, as they called me a ‘b—-‘ and ‘racist wh—‘ alongside an endless torrent of ‘f— yous,’” Kelley continued.

“Mobs are terrifying. They looked at us with no humanity — just a vicious and righteous zeal. After that, I just kept my eyes down and prayed,” she recounted of the attack.

“All I could think of was the driver who was pulled from his car, viciously kicked in the head and left lying in his own blood in Portland, Oregon, last week.”

The violent scene was just one of many across Washington on Thursday evening as demonstrators took to the streets around the White House to protest Trump’s acceptance speech and harass attendees as they were leaving.

Violent protests also continue to roil the streets of Kenosha, Wisconsin following the shooting of Jacob Blake at the hands of police, while rioters continue to try to torch buildings in Portland after months of chaos.