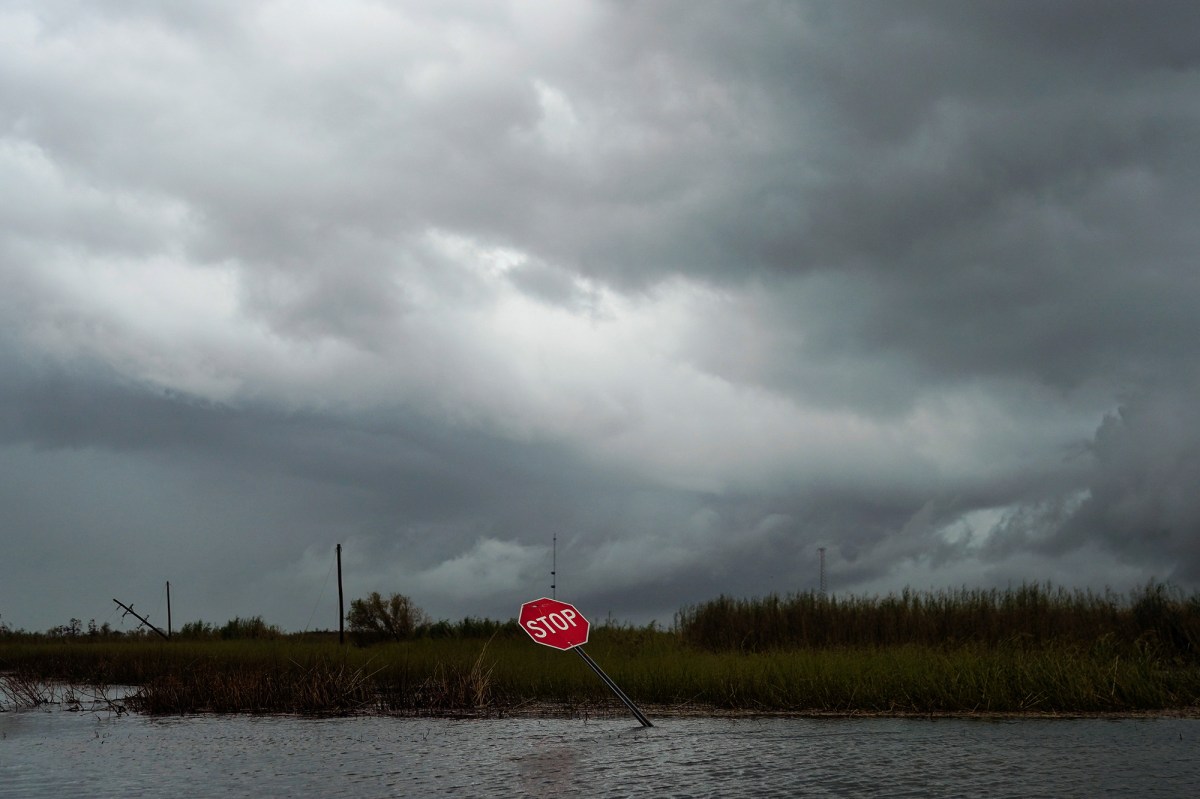 On-and-off heavy thunderstorms will douse New Yorkers throughout the day Saturday — but don’t blame Hurricane Laura, at least not entirely.

Laura’s final, tail-end blasts of humid, tropical air as she moves out to sea over the mid-Atlantic coast won’t cause those downpours.

But her passing, heavy clouds will worsen a more run-of-the-mill storm system also bearing down on the tri-state area, according to Dave Dombek, senior meteorologist with Accuweather.

“Even if Laura didn’t even exist, the cold front that’s also moving though was still going to result in some downpours,” Dombek said.

The northermost sweep of what Dombek called Laura’s “very juicy, tropical air” will spike Saturday’s humidity into the high 80 percents.

Temperatures are predicted in the low 80s.

“It’s tropical moisture that’s sort of spraying out over a fairly wide area. It’s going to be very muggy and sticky.”

“Its definitely going to be humid and cloudy — any of which can intensify downpours,” Dombek said.

“That’s going to be the indirect effects of Laura,” he said.

The good news is that a much-diminished Laura — and Saturday’s more routine rain storm — will head together out to sea off the Virginias later Saturday.

Sunday will be a beautiful day, with a forecast high of 78 and zero chance of rain.

On Saturday, she’s due to dump more rain in the central Appalachians before dissipating later in the day as she collides with a cold front coming in from off the mid-Atlantic coastline.