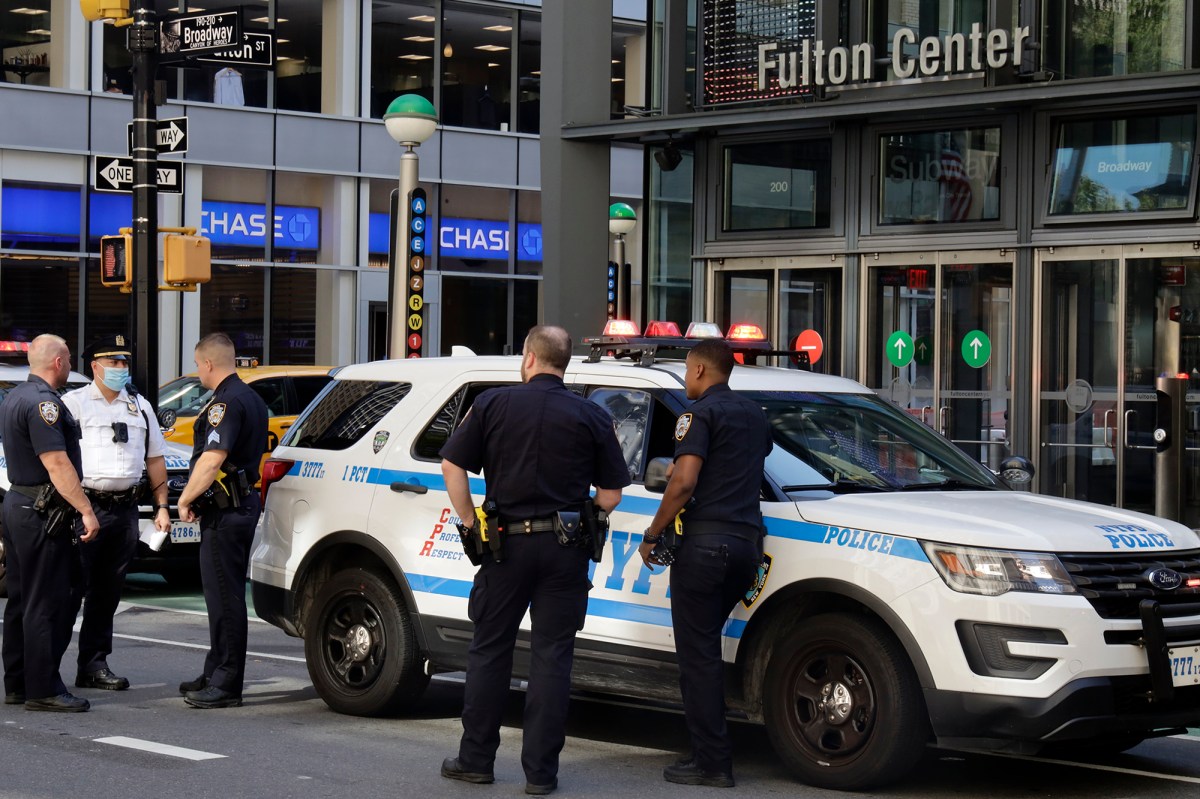 A reputed gang member was busted in Lower Manhattan Sunday morning after dozing off on an A train — with a loaded handgun sticking out of his pocket, police said.

Dashawn Breland, 26, of the Bronx, was fast asleep on a northbound subway train around 10:45 a.m. when an alert conductor noticed the loaded Springfield .45-caliber handgun in plain view and called 1st Precinct police.

The conductor held the train at the Fulton Street station until cops arrived and arrested Breland aboard the train, police said.

Sources said Breland is a reputed member of the Young Gunnaz gang. He already has a pending gun-possession case in Brooklyn, court records show.

In that case, Beland was arrested on July 15 and charged with possession of a loaded gun, according to court records, which note he is due back in court Sept. 17.

It was not immediately clear why he had been allowed back on the street.

Breland also has prior arrests for robbery and grand larceny in 2008 and 2011, sources said.