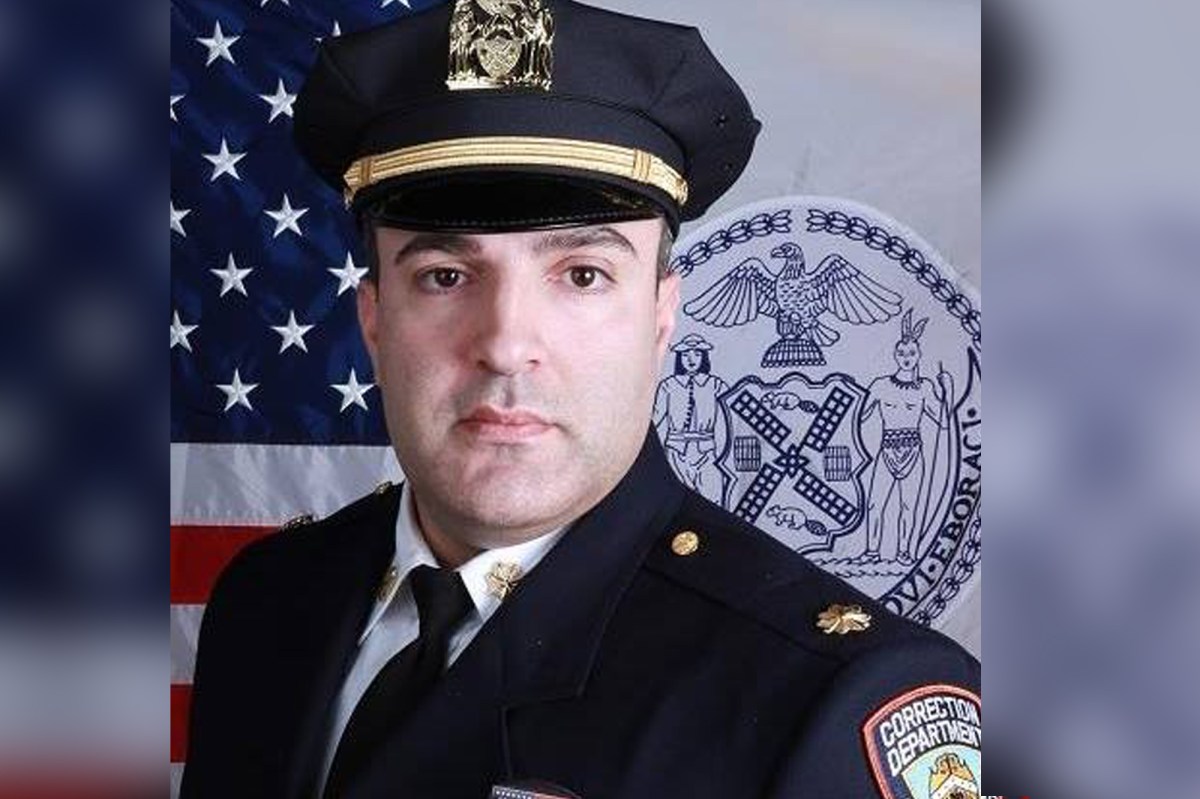 A Rikers Island deputy warden died of an apparent suicide on Long Island a day after he was arrested on charges of assault and driving under the influence of drugs, the Post has learned.

Joseph J. Grima, 39, was discovered unconscious at his Floral Park residence Friday and taken to NYU Winthrop Hospital in Mineola, where he was pronounced dead, Department of Correction sources said.

A day earlier, Grima had been arrested by Floral Park Police, according to court records. He was released on his own recognizance following an initial court hearing. A lawyer for Russo declined to comment on the incident when reached by phone Saturday.

Grima was remembered as a rising star in the city Department of Correction, who climbed the ranks to impressive heights in just 12 years with the department, said Joseph Russo, the president of the Assistant Deputy Wardens and Deputy Wardens Association.

“He was a great guy. Very enthusiastic, a hard charger . . . He had some strengths that helped him get ahead to a certain degree. Smart guy,” said Russo, adding that Grima’s death came as a shock to him and other Boldest at Otis Bantum Correctional Center, the housing unit on the island where Grima worked.

“Joe Grima didn’t seem depressed. He appeared to be a strong, enthusiastic employee, a hard-working man,” Russo said. “I couldn’t believe it — a young guy like him with half his life in front of him, it seemed to be a complete waste, a shame. It’s hard for me to understand why he couldn’t get past [whatever was going on].”

Russo said Grima was well-liked within the department and always willing to offer colleagues tips from his bodybuilding days.

“When he was younger, he was an amateur bodybuilder, and he was very knowledgeable with fitness and diet. A lot of his co-workers, including me, would consult with him, and it seemed he liked helping people,” Russo said.

Grima, who was never married and has no children, according to Russo, shared a tight bond with his parents and sister.

“As you would expect, they are devastated. They are very emotional, they are hurting bad and it was clear to me getting to know them over the past two days, the closeness between Joe and his sister. They had a very strong relationship,” Russo said.