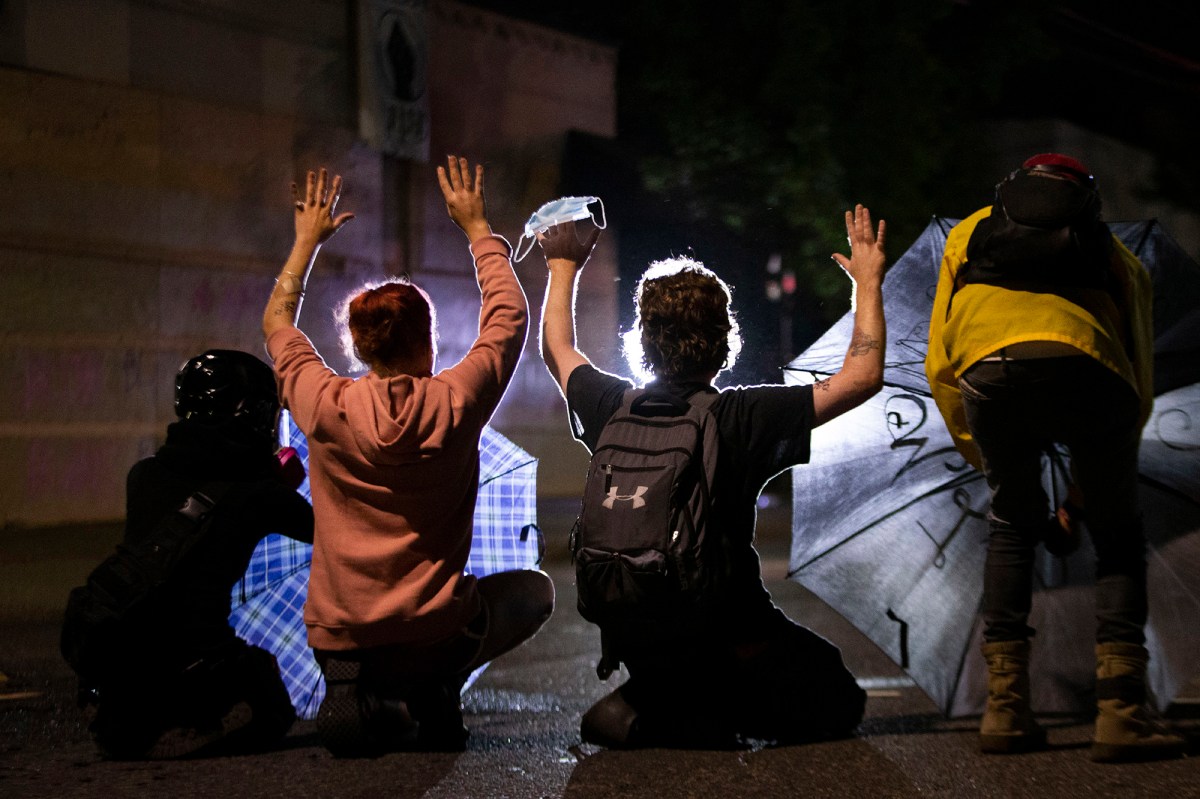 Violent Portland protests were once again declared a riot Monday night as Black Lives Matter militants tried to torch a police union building while chanting “burn it down.”

Around 300 people — many wearing shields, gas masks and body armor — stormed the Portland Police Association Building as rocks were also thrown at officers, according to police.

“Power to the building was cut and flames were seen shooting up the side of the building,” the Portland Police Bureau said — just a night after a fire had been set at a precinct late Sunday.

The office is “located on the edge of a residential area with wood-frame houses” and the “dry summer weather exacerbated the fire danger,” the force said.

“Due to the extreme life safety concerns, the incident commander determined that it was a riot,” the force said — with The Oregonian saying that the declaration was made within a minute of the fire starting.

“The urgency to extinguish the fire was extreme. Someone in the crowd appeared to pour some kind of accelerant on it as the fire exploded rapidly,” police said.

Someone had also climbed up to unfurl a banner over the building, which was tagged with anti-police graffiti, The Oregonian said.

At least two fires were eventually set there, while others were later set in the streets once the rioters were finally cleared from the union HQ.

At least 25 people were arrested — while more than 100 real crime victims not getting the immediate help they needed because of the “severely limited response” from so many deployed to the riots, the force said.

Thy included “a priority disturbance, a priority assault, a priority burglary to an occupied apartment, welfare checks, threats, and roadway hazards,” the bureau noted.

It was the 89th consecutive night of protests in the Oregon city since the death of George Floyd in May.