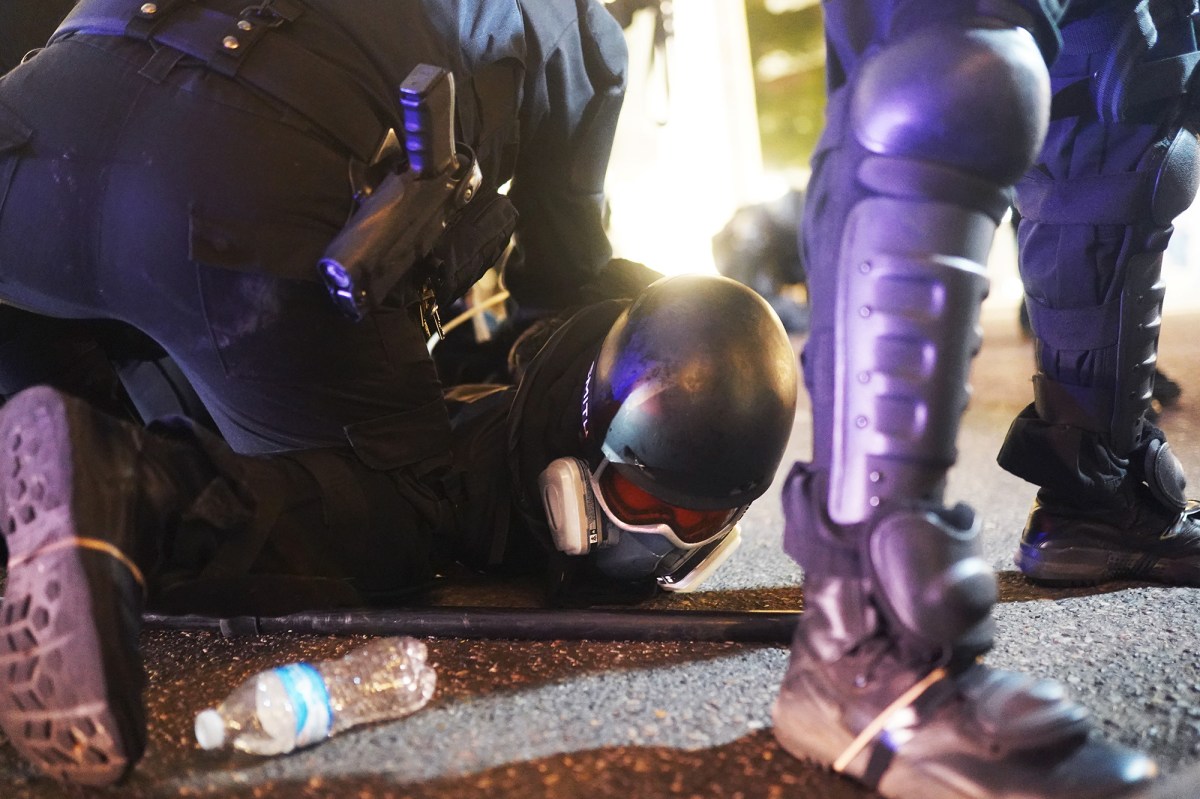 Rioters in Portland tried to set city hall on fire Tuesday during another chaotic night that resulted in the arrest of nearly two dozen people.

A crowd of about 150 people gathered at Shemanski Park around 9:30 p.m. and set off on a march to city hall — where they were met by police, Fox 12 Oregon reported.

The unruly mob chucked eggs and bottles at police officers, while smashing windows and spray painting the building. An unlawful assembly was declared, with police urging the crowd via loud speaker to disperse or face arrest.

Some rioters pointed green lasers in officers’ eyes, police said in a press release. Meanwhile, a blue laser was shone into the eyes of another officer three times.

Police said that type of blue laser “can heat paper so hot that it will make it smoke within 3 seconds.”

Police declared a riot around 11 p.m. for the fifth consecutive night, using crowd-control munitions to break up the scene.

Twenty-three people were arrested — including one for burglary who had the word “press” affixed to their clothes. Two juveniles were detained.

Portland has been rocked by 90 consecutive days of riots since the police-involved death of George Floyd in Minneapolis in late May.