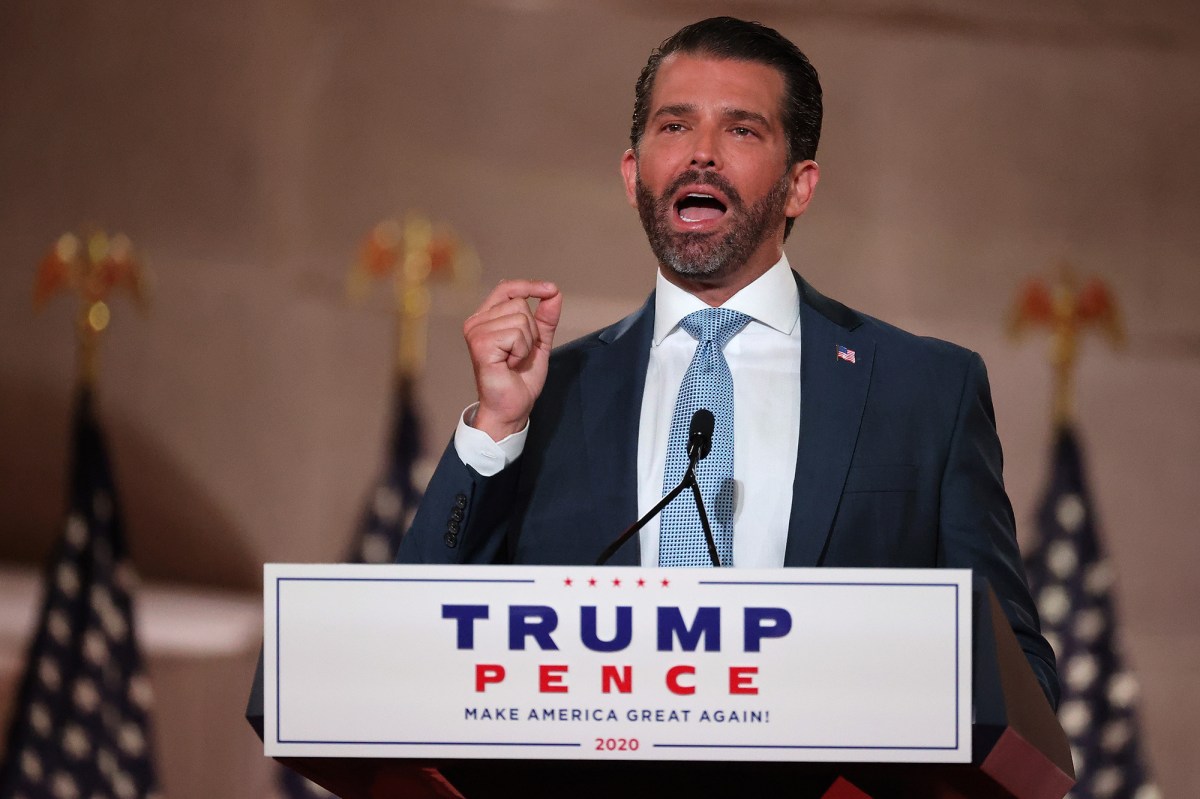 Donald Trump Jr. accused Joe Biden of running on a platform “designed to crush the working man and woman” in a blistering headline speech at the 2020 Republican National Convention.

The president’s eldest child made the case for his father’s reelection and said he represented “a bright and beautiful future for all” by pushing for school choice, an end to pointless wars overseas, and creating historically low unemployment rates in communities of color.

“Trump’s America is a land of opportunity, a place of promise,” Don Jr., 42, said in an address from the Andrew W. Mellon Auditorium in Washington, DC.

“If Democrats cared for the forgotten men and women of our country, they would be doing exactly what President Trump is doing,” he continued, hitting Democrats for attacking his father’s proposed payroll tax cut for the middle class.

“America is the greatest country on earth, but my father’s entire worldview revolves around the idea that we can always do even better,” he said.

“Imagine the country you want to live in, one with true equal opportunity and hard work pays off and justice is served with compassion and without partiality. You can have it,” he said.

The president’s eldest son and namesake is a powerful surrogate for his father and has become of the Republican party’s top fundraisers.

His speech at the 2016 Republican convention earned him plaudits from political pundits who called his address “poised and polished” and described him a much better politician that his father.

After becoming romantically involved with Kimberly Guilfoyle, a former Fox News host and the finance chair for Trump’s reelection campaign, he is also now half of one of Washington, DC’s top power couples.

The dad-of-five is rumored to have political ambitions of his own and his name is frequently floated as a top Republican pick for president in 2024, despite having no previous experience in public office like his dad.

An Axios poll taken in January found 29 percent of GOP respondents wanted Don Jr. to be the Republican nominee in four years’ time.