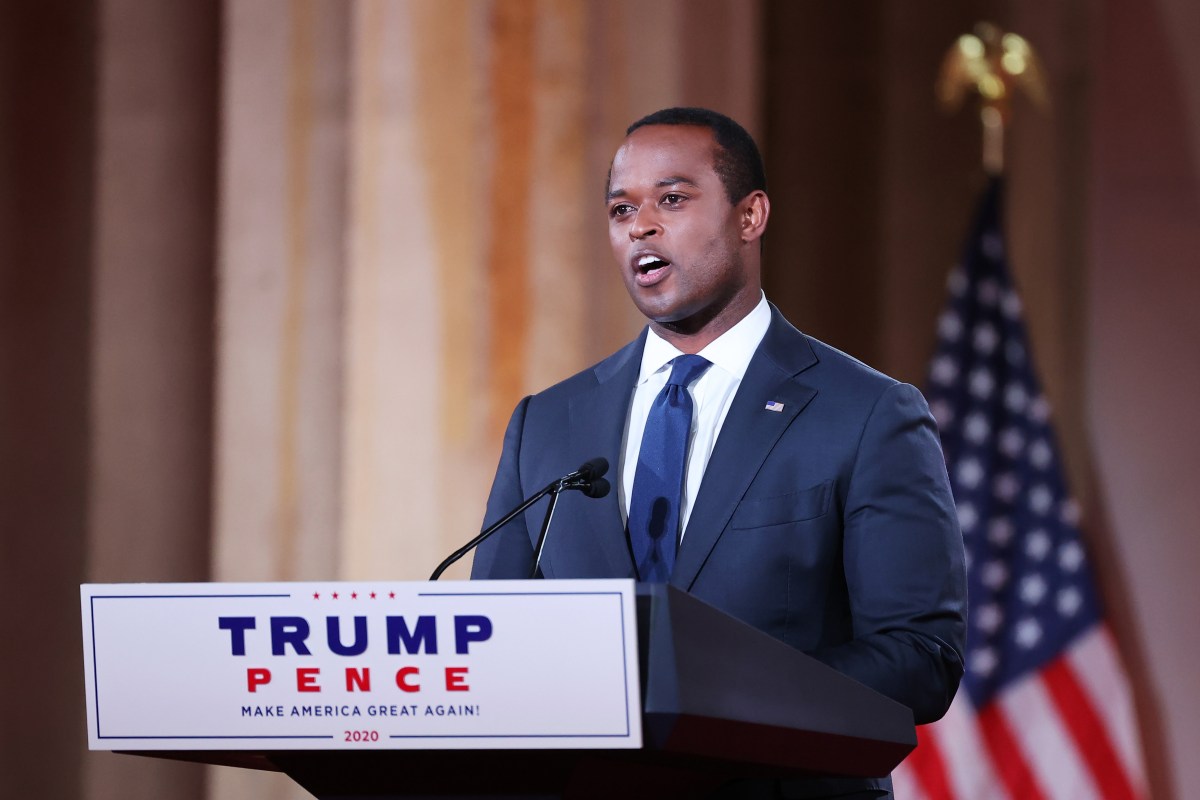 Cameron, the first black person elected AG in Kentucky, invoked Biden’s now-infamous gaffe of saying in a May interview that black voters torn between voting for him and Trump “ain’t black.”

“Mr. Vice President, look at me. I am Black. We are not all the same, sir,” Cameron said. “I am not in chains. My mind is my own and you can’t tell me how to vote because of the color of my skin.”

Cameron continued to deliver a blistering rebuke of the former veep, and accused Democrats of taking black voters for granted.

“Joe Biden is a backwards thinker in a world craving forward-looking leadership,” he said. “There’s no wisdom in his record or plan, just a trail of discredited ideas and offensive statements.”

Liberals, he said, “believe your skin color must dictate your politics.”

“If you fail to conform while exercising your God-given right to speak and think freely, they will cut you down,” Cameron charged.

“The politics of identity, cancellation, and mob rule are not acceptable to me — and Republicans trust you, the people, to think for yourselves and to pursue your American Dream however you see fit.”

Cameron, who is Kentucky’s first black attorney general, has been in the spotlight recently over his office’s decidedly deliberate pace in investigating the death of Breonna Taylor, a 26-year-old black EMT gunned down by police during a botched raid of her Louisville home in the wee hours of March 13.

Authorities executing the no-knock warrant were there looking for a man who was already in custody.

To the ire of civil-rights protesters across the nation, Cameron’s office is yet to move forward with charges against the officers involved.

Cameron — the first Republican elected to the post since 1944 — and Trump have displayed a mutual admiration.

In July 2019, Trump endorsed Cameron’s candidacy, calling him “a new STAR” of the GOP.

And in January 2020, Cameron was one of 20 Republican attorneys general to rebuke congressional Democrats’ impeachment bid against Trump, according to The Louisville Courier Journal.