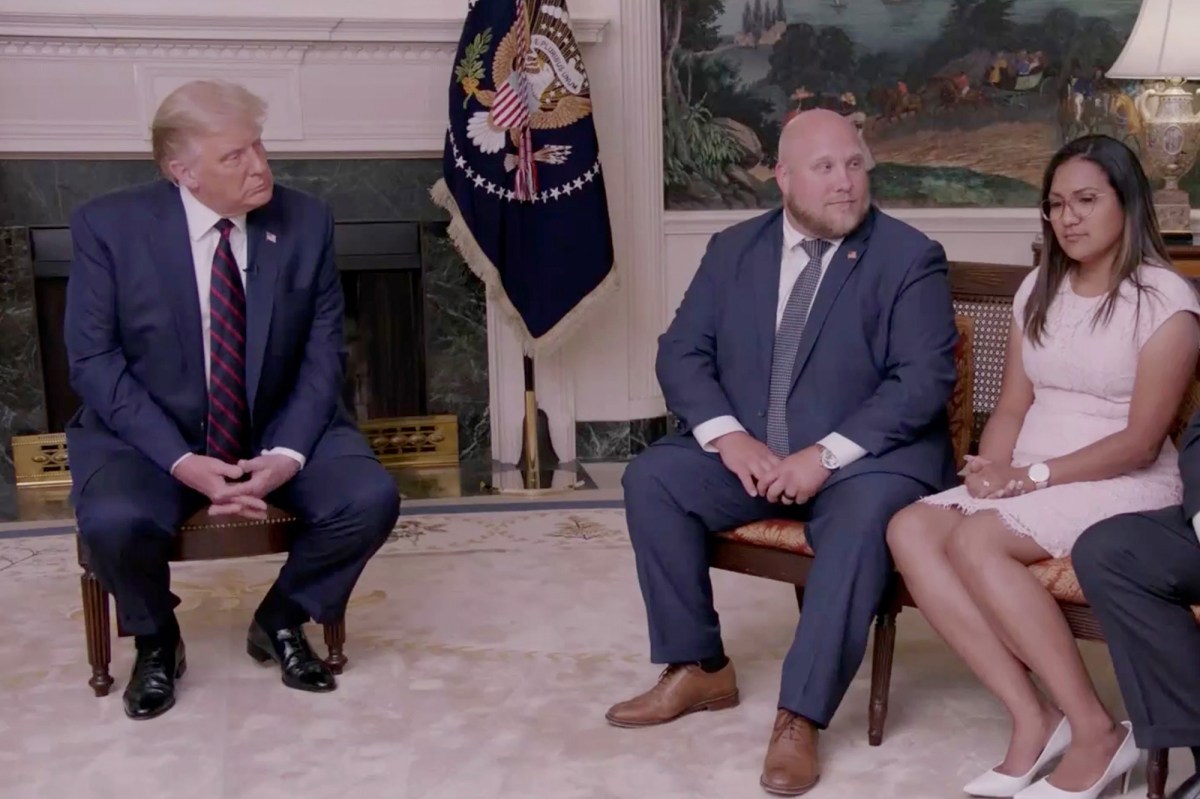 WASHINGTON — President Trump met with freed US hostages at the White House who thanked him for saving their lives in another surprise event during the 2020 Republican National Convention kick-off on Monday.

Included among the group were Josh and Thamy Holt, who were held captive in Venezuela for two years, Shelbyville pastor Bryan Nerren, who was detained in India for seven months, Pastor Andrew Brunson, who held hostage by Turkey for two years, and Sam Goodwin, who was held in Syria for 63 days.

“I was held in Turkey for two years and you took unprecedented steps to secure my release and your administration really fought for me and I think if you hadn’t done that, I still may be in Turkey,” Brunson said.

“We had to get you back,” Trump responded. “It’s great to have you back Andrew, thank you.”

Earlier Monday, Trump met with essential workers at the White House as the Republican Party tries to put the president center stage at a mostly-virtual campaign amid the coronavirus pandemic.

Nerren thanked the president for fighting for his release and for writing to his wife.

“Thank you, President Trump for getting us out and getting us home. In the darkest moment of our whole time together, your letter to my wife Kay, it really gave her the hope and peace,” he said.

Trump said he had brought home over 50 US hostages from 22 countries and said he was “very proud” of the work he and Ambassador Robert O’Brien had been doing.