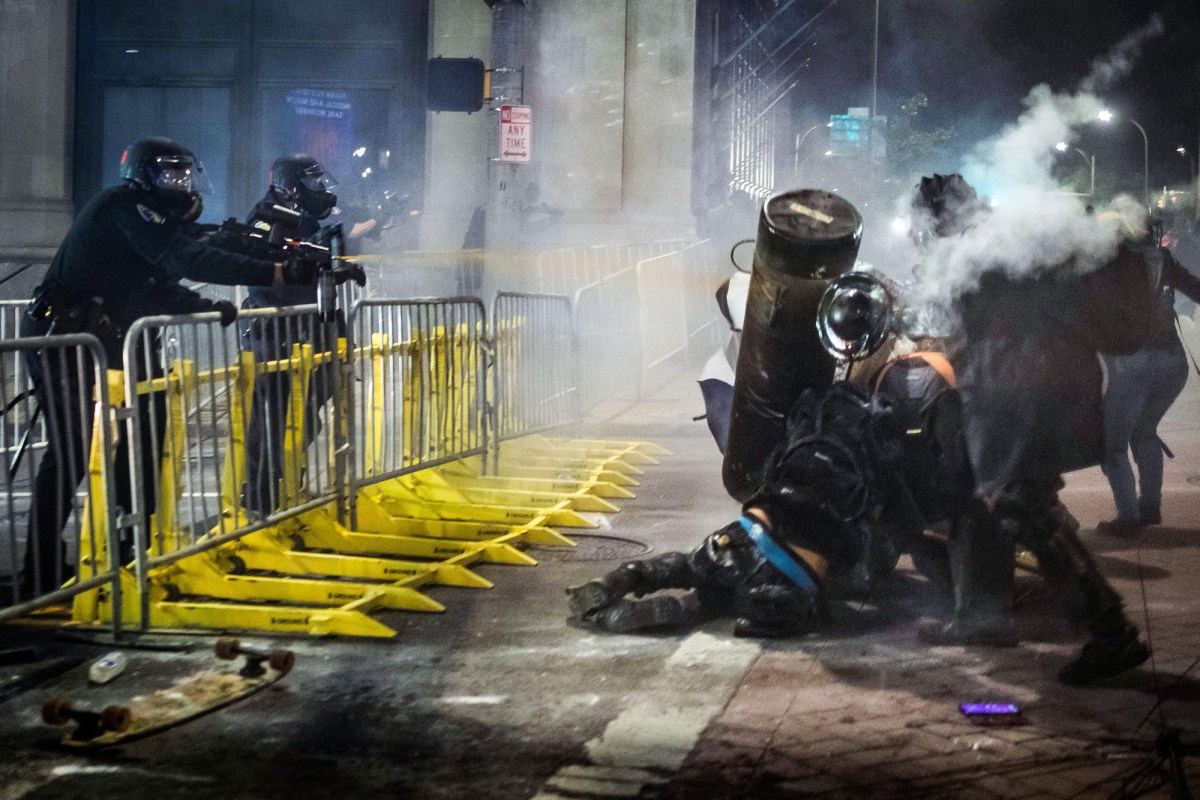 The city of Rochester is busing in town “elders’’ to act as a “buffer’’ between protesters and cops Sunday night after a large violent clash there hours earlier over the police death of Daniel Prude, officials said.

Rochester Police Chief La’Ron Singletary said at a press conference with the city’s mayor Sunday that local authorities have “credible information one of the areas [marchers] want to target is a symbolic feature’’ — the town’s public-safety building, which houses its police department.

Mayor Lovely Warren said she and local pastor Myra Brown came up with a plan to have about 50 “elders’’ form a line of peaceful defense between the protesters and cops to thwart any potential attack on the building or other violence.

“[We] are calling on the elders of this city and our community to meet at [Brown’s] church’’ at 6:30 p.m., Warren said, adding that the local government would help out by transporting community leaders around, according to footage of the presser by local WHEC-TV.

“They will stand as the buffer between our protesters and our police department,’’ she said of the “elders.”

Three cops were injured and nine people arrested overnight during what amounted to the city’s biggest protest so far involving Prude’s death. Cops fired tear gas and pepper balls into the crowd of at least 1,500, while they were battered by bottles and commercial-grade fireworks by marchers who refused to disperse.

Prude, a 41-year-old black man, died in March after an encounter with Rochester cops in which they put a mesh “spit hood” over his head and shoved his face to the ground till he stopped breathing while he suffered a mental breakdown on the street.

The Rev. Brown, who was at Sunday’s press conference, said she has been marching with protesters in recent days over Prude’s death and wants to help improve the safety of all.

“We elders have volunteered to put our bodies on the line to make sure that that happens because this community needs to unrestrictedly be able to walk these streets, be able to make the demands that they want to make and to be able to go home without pepper spray or pepper balls in their eyes,’’ the pastor said.

Both the mayor and police chief added that they have no plans to resign, amid growing calls for them to do so.