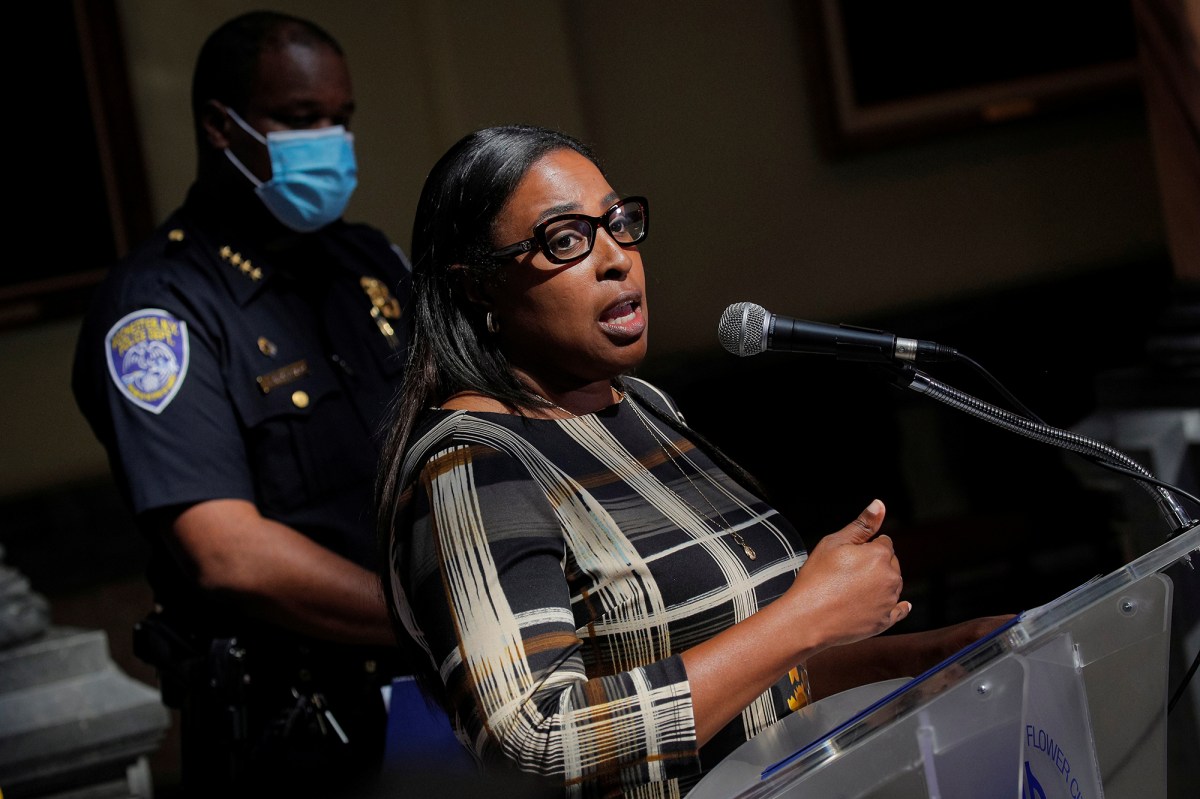 Rochester will institute mental-health reforms in the wake of the death of Daniel Prude, a black man who died being subdued by city cops while he suffered an apparent breakdown, the mayor said Sunday.

“We had a human being in a need of help, in need of compassion,’’ Rochester Mayor Lovely Warren said at a press conference. “In that moment we had an opportunity to protect him, to keep him warm, to bring him to safety, to begin the process of healing him and lifting him up.

“We have to own the fact that in the moment we did not do that.”

Instead, Prude, 41, lay naked and handcuffed in the street as officers put a “spit hood’’ over him and pushed him to the ground till he stopped breathing. He died a week later, at the end of March.

Warren announced Sunday that the city would be moving its crisis-intervention department from under the auspices of the police department to its Department of Recreation and Youth Services. Rochester also will double its number of mental-health workers, the mayor pledged.

The city’s police chief, La’Ron Singletary, added that he is looking into ways to increase mental-health awareness among his officers.