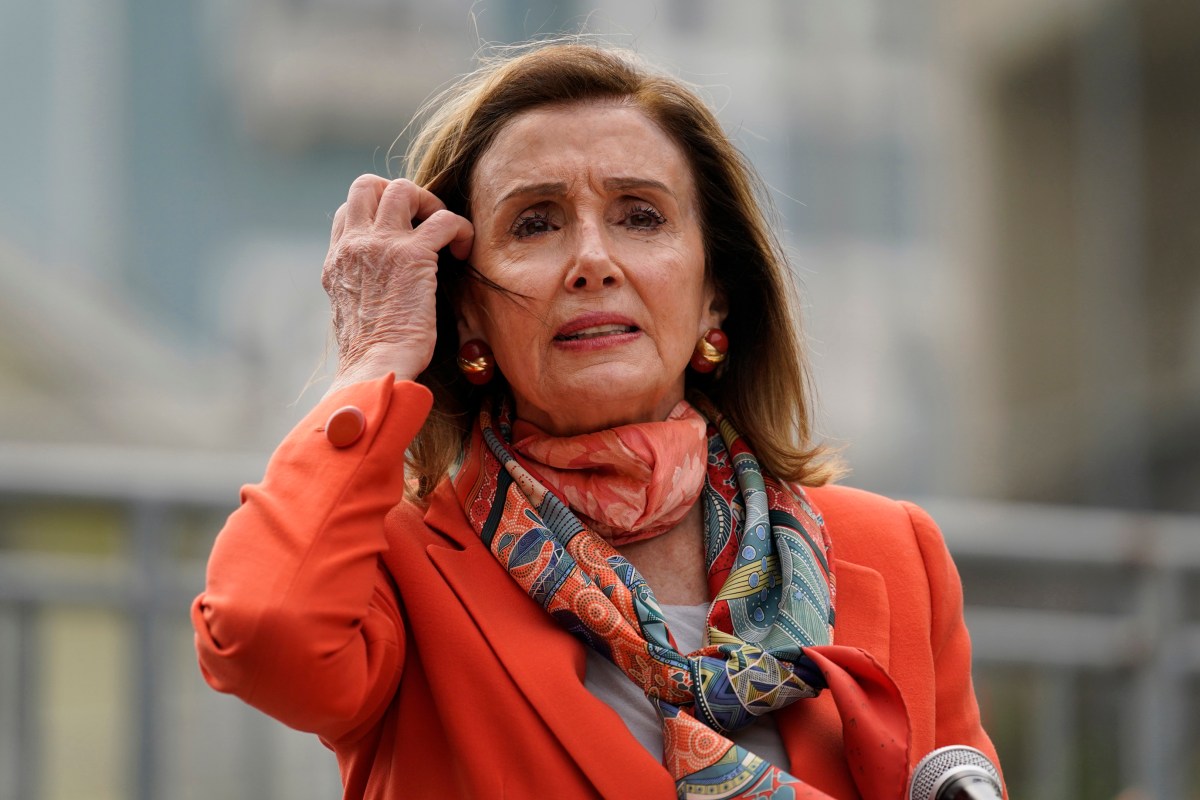 The owner of a San Francisco hair salon where Nancy Pelosi was spotted on camera without a mask denied on Wednesday night that she set up the House speaker.

“There was no way I could’ve set that up,” Erica Kious, owner of eSalon, told Fox News’ Tucker Carlson of Pelosi’s indoor Monday appointment.

“I’ve had a camera system in there for five years. I mean, I didn’t go in there and turn cameras on as soon as she walked in and set her up. So that is absolutely false,” Kious told the host.

Kious released footage of Pelosi walking around her salon bare-faced, sparking charges of hypocrisy in light of the lawmaker’s frequent calls to take the pandemic seriously.

The salon owner, who said she rents out chairs to independent stylists, claimed she did not leak the recording for “political” reasons.

“I just thought about my staff and people not being able to work and make money and provide for their families, and if she is in there comfortably without a mask and feeling safe, then why are we shut down? Why am I not able to have clients come in?” Kious argued.

Besides going mask-free, Pelosi flouted another city coronavirus regulation by actually getting a haircut inside.

Hair salons in San Francisco are currently only permitted to conduct business outside.

But Pelosi earlier Wednesday told reporters she was duped by the salon.

“I take responsibility for trusting the word of the neighborhood salon that I’ve been to … many times,” she told reporters.

“It was a setup. I take responsibility for falling for a setup.”

Pelosi said she followed the rules as laid out by her stylist, who told her that salons are now able to have one customer inside at a time.

Kious confirmed on Wednesday night that was, in fact, her belief.

“I heard that,” Kious told Carlson, “and I thought to myself, ‘Well as a hairstylist, I see clients one-on-one. So, that would mean that I would be open, right?’”

Matthew Soleimanpour, a lawyer for Pelosi’s hairstylist, released a statement Wednesday night siding with the House speaker’s interpretation of what unfolded.

Soleimanpour said the day before his client cut Pelosi’s hair, during a phone call with Kious, the salon owner “made several vitriolic and incendiary comments about Speaker Pelosi.”

“It appears Ms. Kious is furthering a set-­up of Speaker Pelosi for her own vain aspirations,” the statement said.