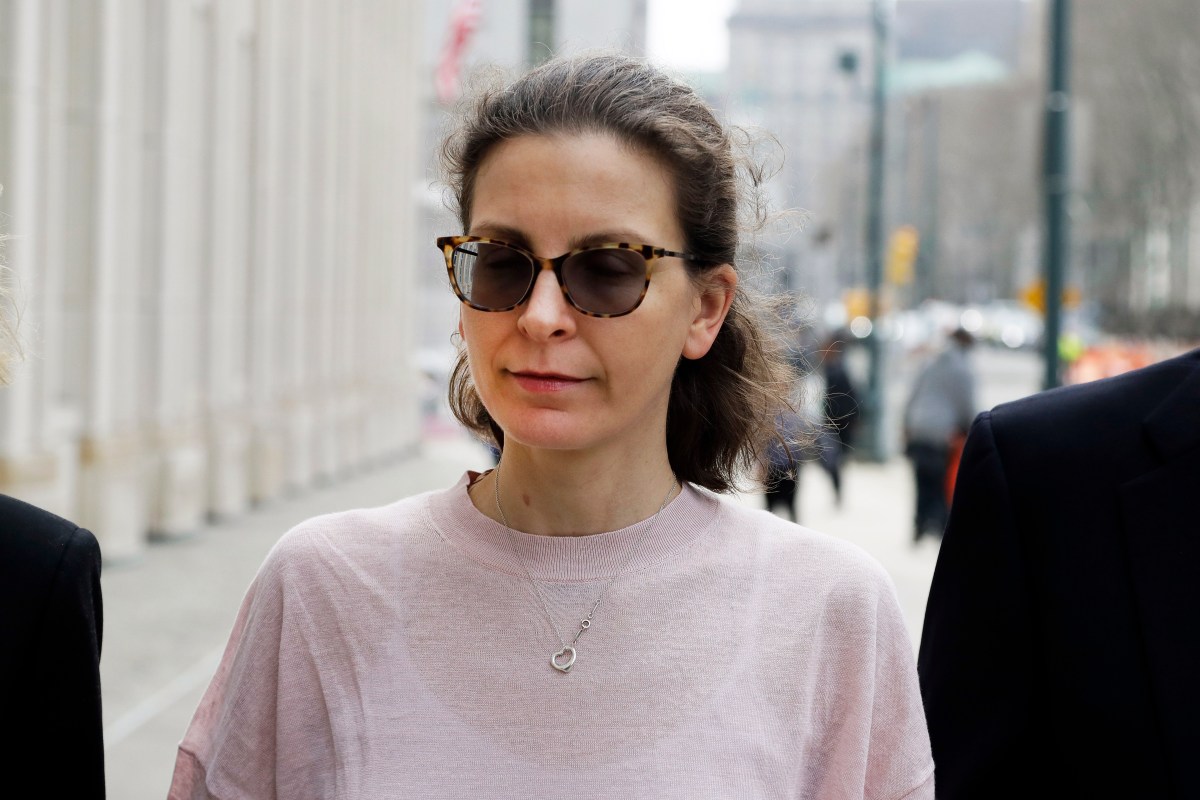 Seagram’s heiress Clare Bronfman continues to support leader Keith Raniere and his cult that she bankrolled, Nxivm, despite facing up to 27 months in prison for her role in the group.

Bronfman, 41, expressed her Nxivm loyalty in an Aug. 28 letter to a Brooklyn federal judge ahead of her Sept. 30 sentencing, the Times Union reported.

“Many people, including most of my own family, believe I should disavow Keith and NXIVM, and that I have not is hard for them to understand or accept,” Bronfman wrote in the letter obtained by the newspaper.

Bronfman, the youngest daughter of Seagram’s liquor chairman and billionaire Edgar Bronfman Sr., credited Nxivm with her helping her overcome her “shortcomings.”

“NXIVM and Keith greatly changed my life for the better. Most of my teenage years and early 20s, I was ashamed of who I was, constantly focused on my shortcomings and ridden with self-hate,” Bronfman wrote in the letter.

“NXIVM changed that. I learned a sense of who I am beyond my faults and the tools of how to transform things I didn’t like about myself into traits and behaviors I do. I started to embrace myself and turn outwardly to care for and help others.”

Bronfman pleaded guilty in April 2019 to conspiring to harbor immigrants for financial gain and fraudulent use of identification.

She and her sister, Sara, fell in with Raniere — who went by the moniker “Vanguard” within the organization — through the group’s “Executive Success Program” workshops.

Raniere co-founded Nxivm in the 1990s as a self-help organization. But in 2015, he formed DOS, a secret society within the group intended to exalt Raniere’s teachings — and to provide him with sex slaves.

Clare Bronfman eventually used her family fortune to bankroll the group, prosecutors alleged, and aided Raniere by paying off his credit card debt and helping him get an illegal immigrant into the US.