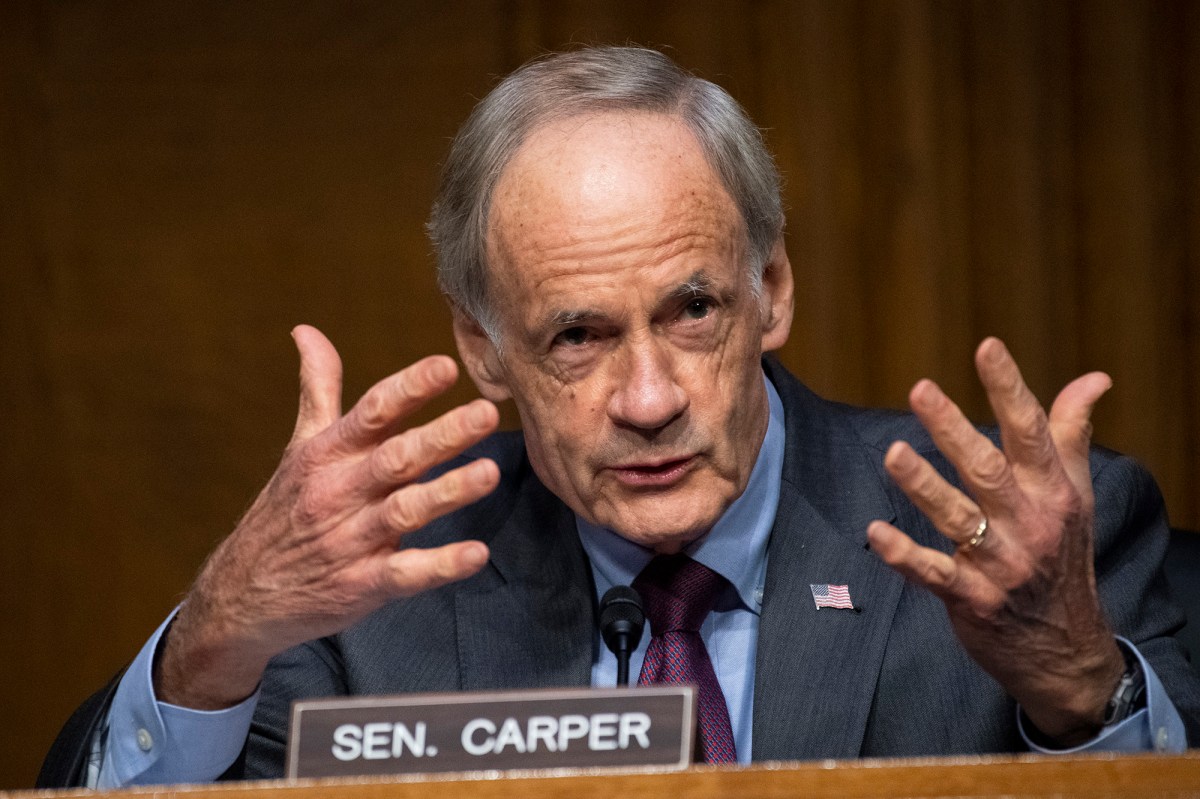 Democratic Sen. Tom Carper of Delaware threw a fit at his staffer when the senator nearly missed his turn to grill Postmaster General Louis DeJoy at a hearing on election mail.

“F–k, F–k, F–k!” Carper said Friday morning, swiveling in his chair to bark the expletives at an aide because his audio was initially off when his turn for questions came around.

The aide walked over to Carper’s desk and helped him work his livestream.

Many lawmakers struggle to unmute their feeds during the virtual committee hearings common in the coronavirus pandemic.

Carper seemed to believe he was still muted.

As Carper swore, Sen. James Lankford (R-Okla.) informed Johnson that the Delaware senator appeared to be on the line.

“I think Sen. Carper is there, I think he’s trying to be able to cue it all up right now,” Lankford said.

Johnson chuckled and allowed Carper to proceed. The Democrat did not acknowledge his hot-mic incident, and it’s unclear if he was aware it broadcast live.

Carper’s office did not immediately reply to a request for comment.

DeJoy, who took office in May, denied Democratic allegations that he was slowing down election mail, and vowed all mail-in ballots would be delivered on time.