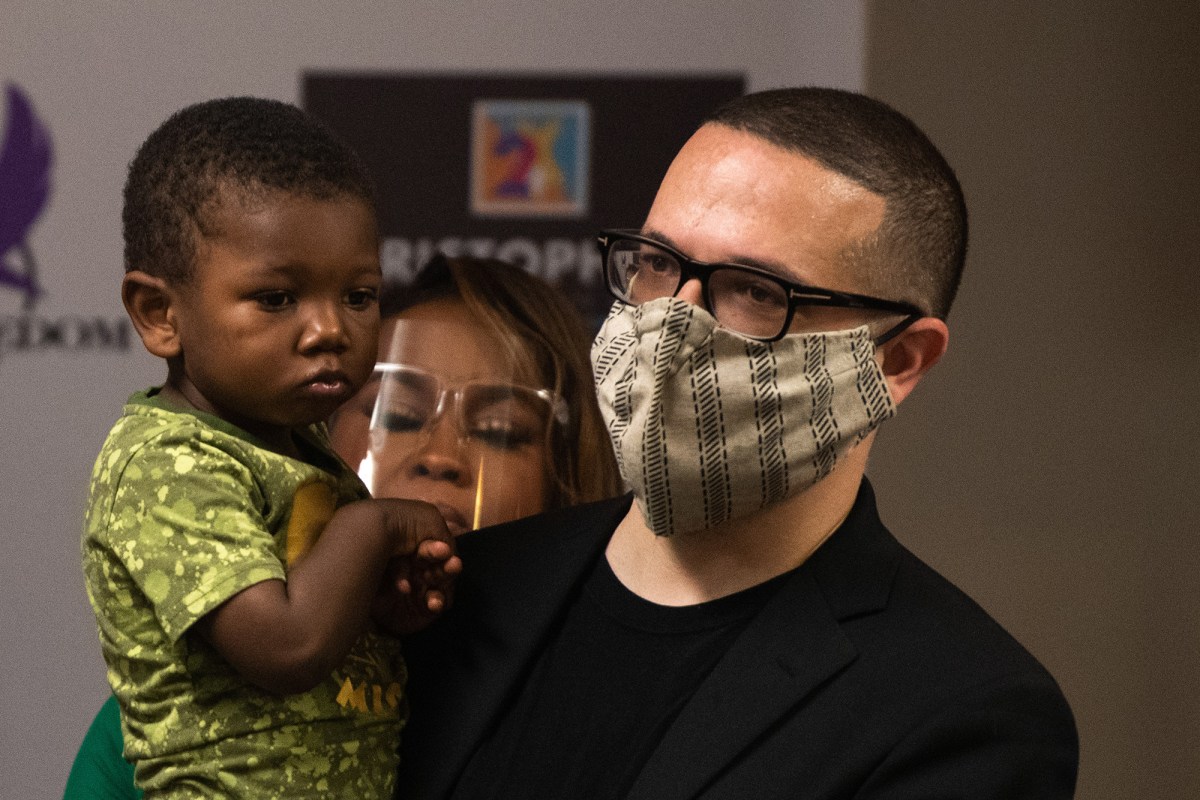 Activist Shaun King has come under fire again — for using the death of “Black Panther” star Chadwick Boseman to promote his book.

King was trending on Twitter yesterday after the Twitter account @VeryWhiteGuy posted screenshots of an email from King asking for followers to buy his book, “Make Change,” in light of the passing of Boseman.

“I hope you are hanging in there. Yesterday I sent an email checking in on everybody – and just a few hours later we learned of the death of Chadwick Boseman. Life is so very fragile. Tomorrow is not promised,” King wrote in the email, before transitioning to the topic of the history of the Black Lives Matter movement.

“And for all 6 years, everywhere I go, people ask me, ‘Shaun, how do I actually use my life, my skills, my time, my energy to impact and change the world?’” he went on. “My book, MAKE CHANGE, is a 272 page answer to that question.”

Twitter users said the message was in bad taste, with @VeryWhiteGuy accusing King of attempting to profit off the star’s death.

“Shaun King is using Chadwick’s death to sell books, he claims don’t make him any money. I’m so tired of SK profiting off of Black death,” he wrote.

King responded, saying he no longer makes money on the book sales and that he had no regrets about the email.

“I literally do not make a penny off of sales for my book. Nothing. Got paid a year ago to write it,” he tweeted.

“I had a mass email pre-scheduled to go out this morning about my book. I updated the email to also mention the death of Chadwick. And I don’t regret it. At all. There’s that.”

Others expressed doubt over such a financial arrangement.

“Why does Shaun King keep expecting people to believe that he got paid upfront to write a book and is not getting a single penny thereafter?” tweeted Imani Gandy, an editor at Rewire.News.

“It’s ludicrous. He honestly thinks people are ignorant about how publishing works. Lol”

King drew scrutiny earlier this year over his botched attempt to recreate abolitionist Frederick Douglass’ newspaper, The North Star, as an online outlet. The site has never lived up to King’s expressed vision, raising questions about his fundraising, the Daily Beast reported.

Earlier this week in the wake of the police shooting of Jacob Blake, King threatened to name cops at the Kenosha Polie Department unless the agency identified the officers involved.